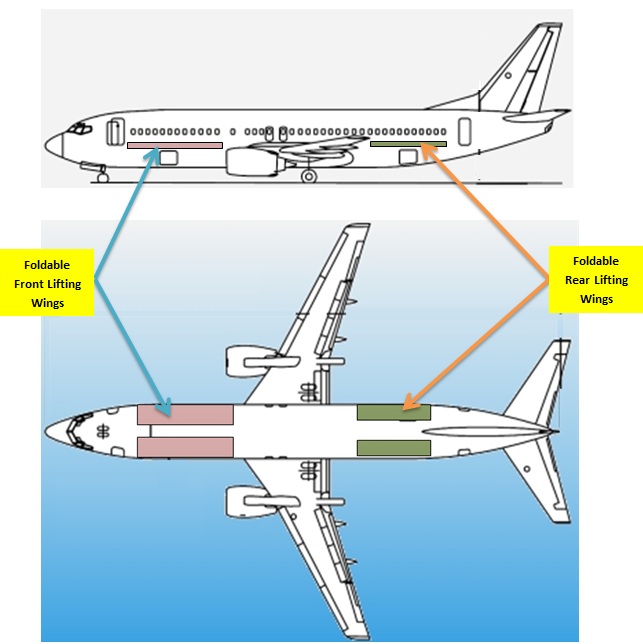 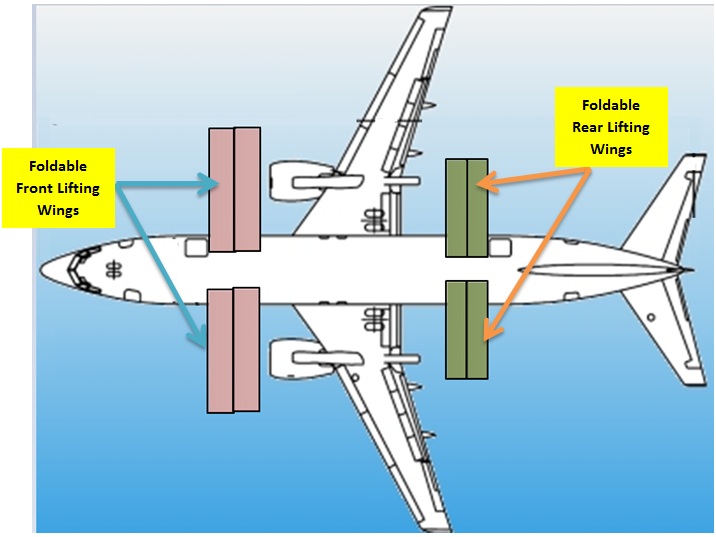 PURPOSE
Landing of an aircraft is a very important phase of flight. It is also a very challenging task in terms of safety. Automatic landing systems have been installed in aircraft but require aiding instrumentation on the runway.

It has been observed that numerous accidents of aircraft have taken place during landing due to fault in the functioning of landing gear. In this case belly landing is done that will cause damage to the aircraft and may cause death of passengers and crew if not done properly. This concept has been evolved to further make belly landing safe.

WORKING
Two sets of foldable wings are installed in a passenger aircraft. In the closed position the aircraft's performance will be as designed to be optimum without additional lift and drag. But in case of an emergency when the aircraft has to land on its belly the impact can be minimized by opening the additional wings to further slow the stall velocity of the aircraft.

The two sets of wings are designed to be compact and foldable in fuselage. They will put a penalty of about 3000 to 4000 kgs to the passenger aircraft which is only about 7 percent weight of the aircraft. But if designed by advanced composite materials this value can be reduced.

The wings are suggested to be operated by mechanical systems to be successful even when control system fails.

COMPARISON
There are other ideas to reduce the impact in belly landing of aircraft that includes use of parachutes. But it is very difficult to design a parachute that can slow down a 50,300 kg weight.

MANUFACTURING & INSTALLATION
The additional wings can be manufactured by any optimistic technique depending on the material to be used for them. Slight modification will be required in the manufactured and operational aircraft for its installation.