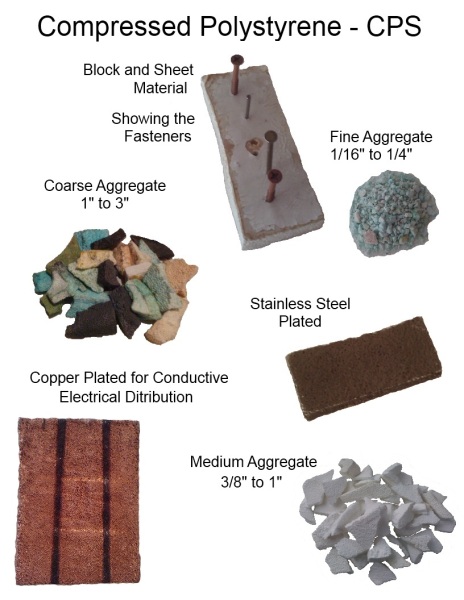 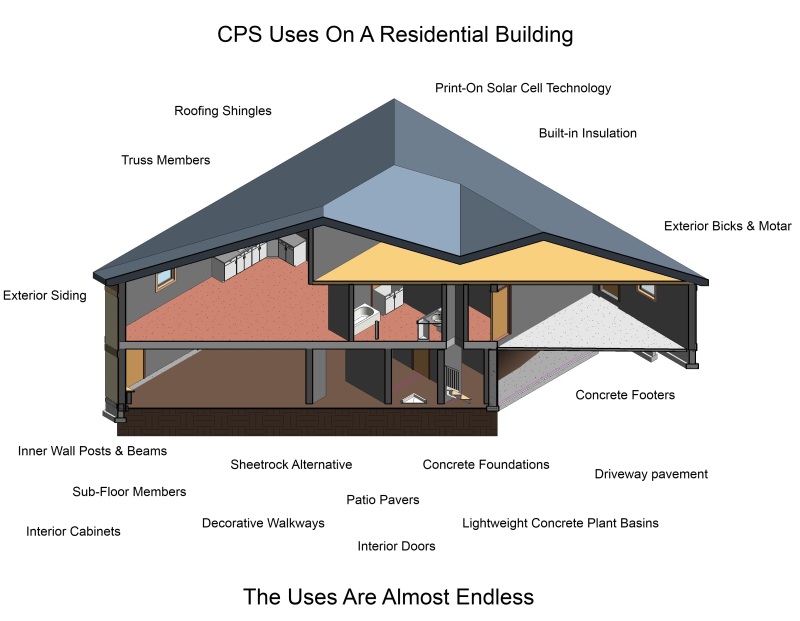 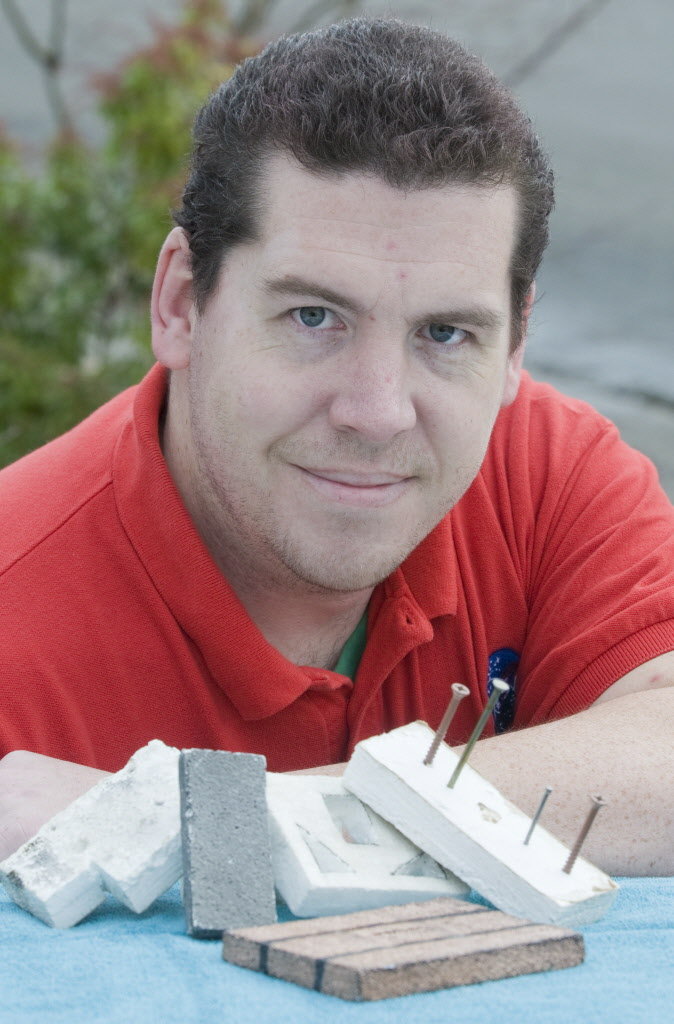 What does every industry want? A lighter and stronger material. I have that answer...

Compressed Polystyrene (CPS) is made using a unique process on expanded polystyrene (EPS) also known under it's common name as Styrofoam.

Compressed Polystyrene is lighter than aluminum by 150 pounds, weighing in at 8 to 13 pounds per cubic foot, but it takes a whopping 2,000 pounds of force to break a 5/8" thick piece, and has a compressive strength of over 3,500 pounds on a 5/8" thickness.

We all know from years of research that EPS is neutral in Earth's environment and takes an estimated half century to breakdown...

So what does this all spell out?

A new material that has the benefits of being very lightweight, very strong, and will last for a very long time.

What are the other benefitial characteristics of CPS?

So now that we have described a lot of the known characteristics, what can we make out of this material?

These are but a few of the ideas I have received from companies and individuals who are interested in my new material.

+ A lighter car means better fuel efficiency, no heavy mass to cause massive damage and death, everyone bounces off of each other.

+ A lighter commercial plane means better fuel efficiency and the plane floats if crashed into the ocean.

+ A building that is self-insulated and strong enough to withstand an earthquake because it doesn't weigh as much.

+ A lighter space shuttle means more trips to space on less fuel, less fuel to move its mass, and it glides to Earth since its lightweight.

+ Transport lightweight and strong buildings to the Moon or Mars.

And my process is one-of-a-kind that uses very little energy and a plant can be set up in any region that has EPS Waste... Which I think is everywhere!