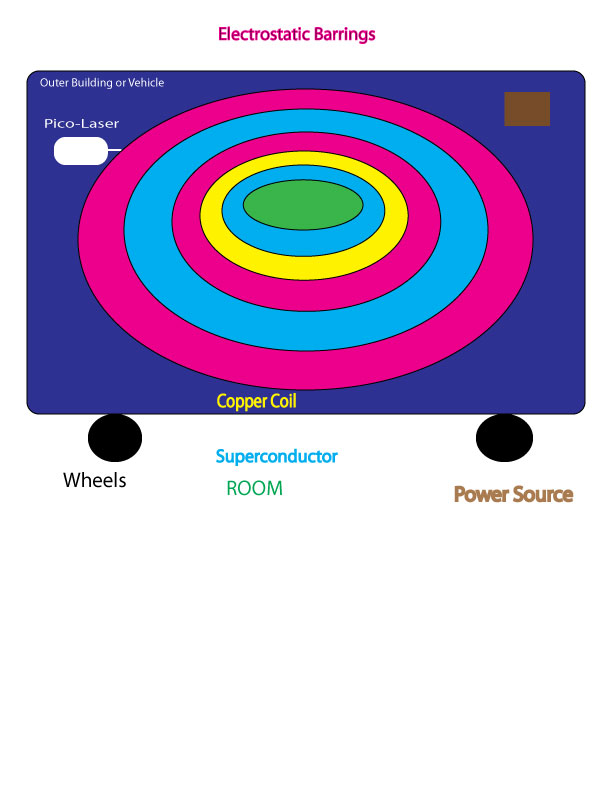 This time stop machine automobile contains the following details. Two electrostatic bearings that are spheres shown in pink. Two pico-lasers, one two stop and one to move, which can be either gamma-ray lasers that utilize dipositronium or a more futuristic pico-laser a constant/variable neutrino laser beam. Not shown: a layer of sub-atomic mirror material that stops neutrinos would line the outside of the first superconductor sphere to permit movement of the sphere. The power source shown in brown can be an anti-matter battery, or a fusion reactor core that is a rotating core. The yellow sphere is an electromagnetic copper one. The outer blue sphere is a rotating superconductor that rotates via the pico-laser at near light speed (neutrino) or 3% light speed (gamma) depending on the type of laser used. The green room is the location a person would be to control the vehicle via microwave transmission radio signal to the outer wheels.