Should Future Airliners Lose Their Tails? 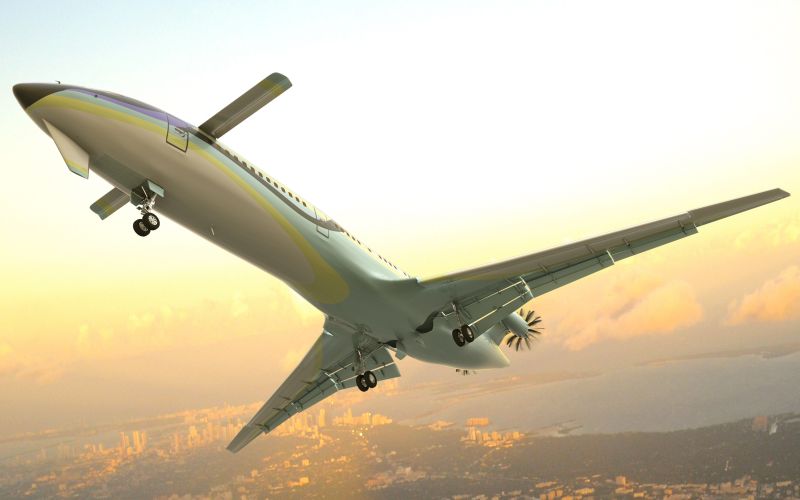 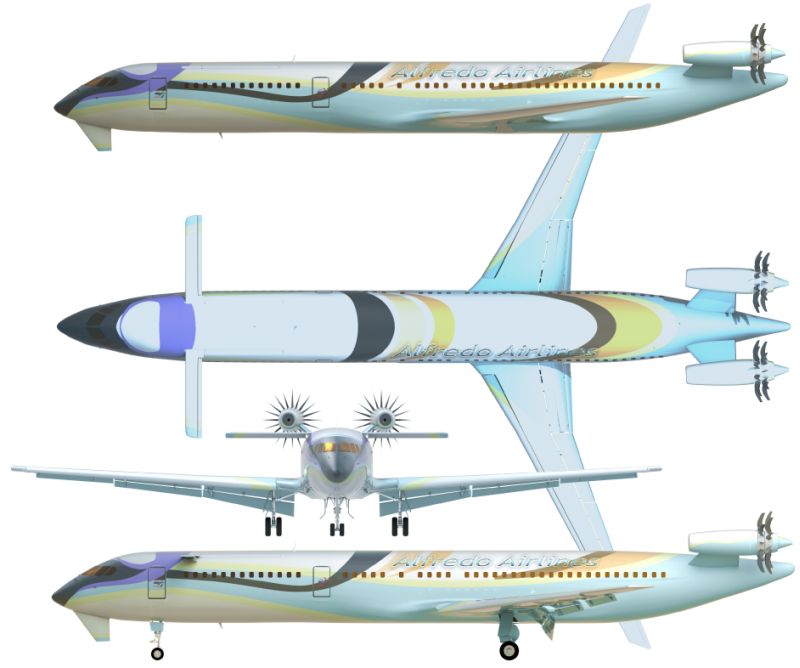 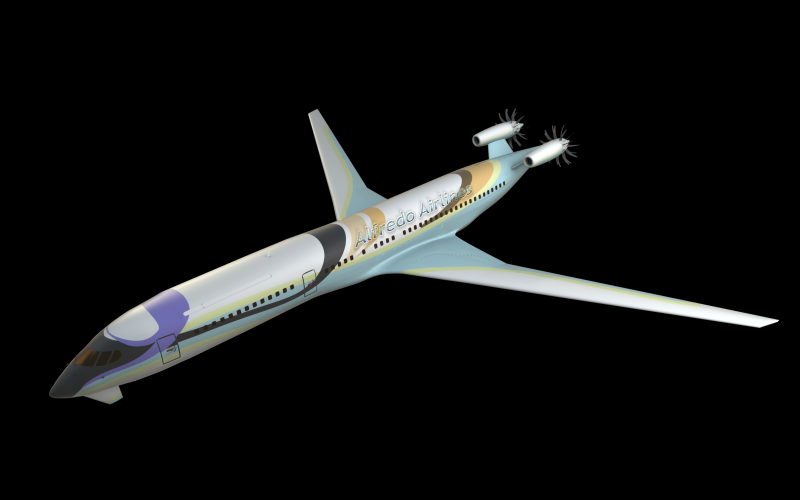 The future of air transportation is all about protecting the environment and responding to increasing energy costs in a balanced way. In the future, we will need airplanes that are quieter and more fuel efficient and we need to introduce these new technologies without impairing the convenience, safety and security of commercial air transportation.

The response to that is simple: FUEL REDUCTION. This is not an easy goal, There are commonly-considered concepts such as Canard, Forward Swept Wing, Blended Wing Body, and Joined Wing but they do not seem to offer a substantial net benefit when the problems of excess wetted area are included in the assessment.

So the design idea is: How to reduce the fuel consumption of current airliners without using those commonly-considered concepts?

The answer is: we can reach a 70 percent reduction in fuel consumption if we can improve each of the following design parameters by 30 percent:

The obvious places for the 30% improvement of first two parameters are a reduced wetted area. Actually, the Blended Wing Body approach reduces wetted area, but isn’t practical for smaller airliners. To really obtain reduced wetted area in this class of aircraft, COMPONENTS NEED TO BE ELIMINATED.

The only way to do that seems to be get rid of the tails, as shown in the Figures submitted here. To overcome Flaps pitching moment, Little pop-out canards are provided.

To reduce 30% of Induced Drag, simple physics says that the wing aspect ratio must be substantially increased. The Active Aeroelastic Wing technology, flight tested and proven, is suggested to permit this with minimal weight penalty. It also facilitates the tailless design approach because it allows the use of the wing for pitch, yaw, and maneuver load control.

The 30% improvement in engine fuel consumption, can be achieved with the Open Rotor technology, including an advanced core with an Overall Pressure Ratio of 70:1, Advanced materials, improved cooling schemes, and greater component efficiencies.

If we combine all those 30% improvements we can achieve 70% fuel reduction compared to current B-737. That means 70% "greener" airliner. In addition to that we had much of the benefit of flying wings and reduced weight because "missing tails" weight nothing!

Of course, there is a penalty, the airplane stability. Fortunately, With a modern flight control system, stability is unneeded as long as sufficient control is attained. This design philosophy has been in use since the F-16 military aircraft 50 years ago. we think It is time for that technology, like so many military technologies before it, to be accepted for airliners. So forget stability—we just need control. Airplane would be controlled using a "chin rudder" wing surfaces, wingtip drag rudders, and possibly at the edge of credulity, cyclic control (like helicopters) on the open rotor blades.

Maintenance and airworthiness will be just as it actually is…