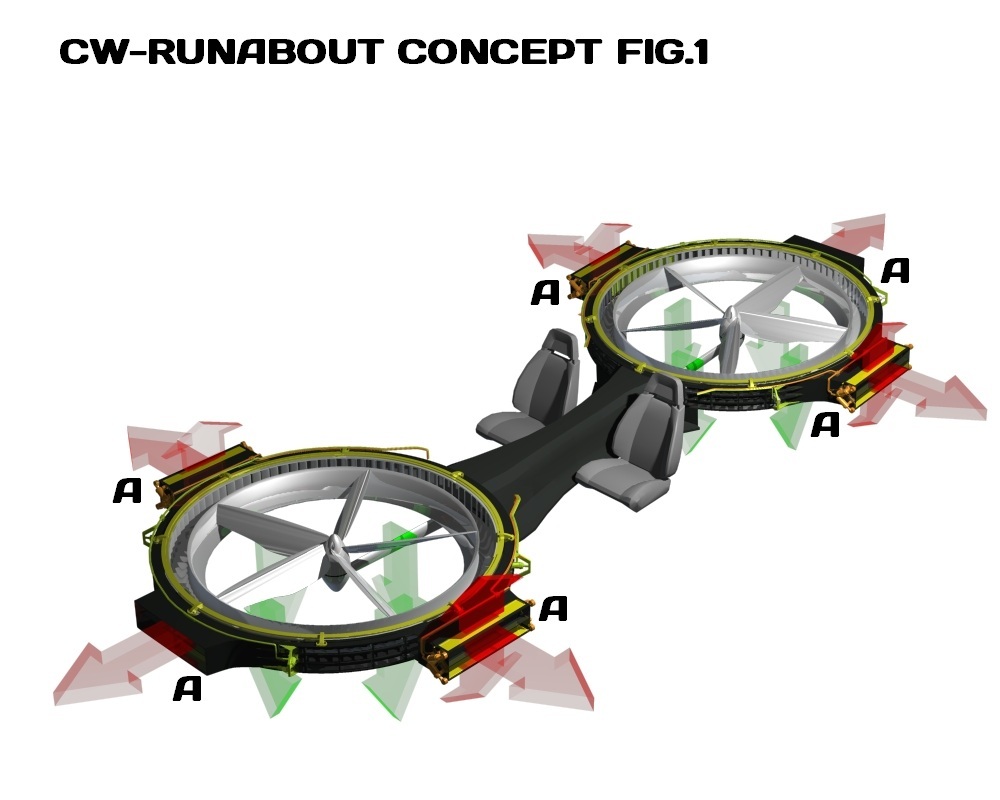 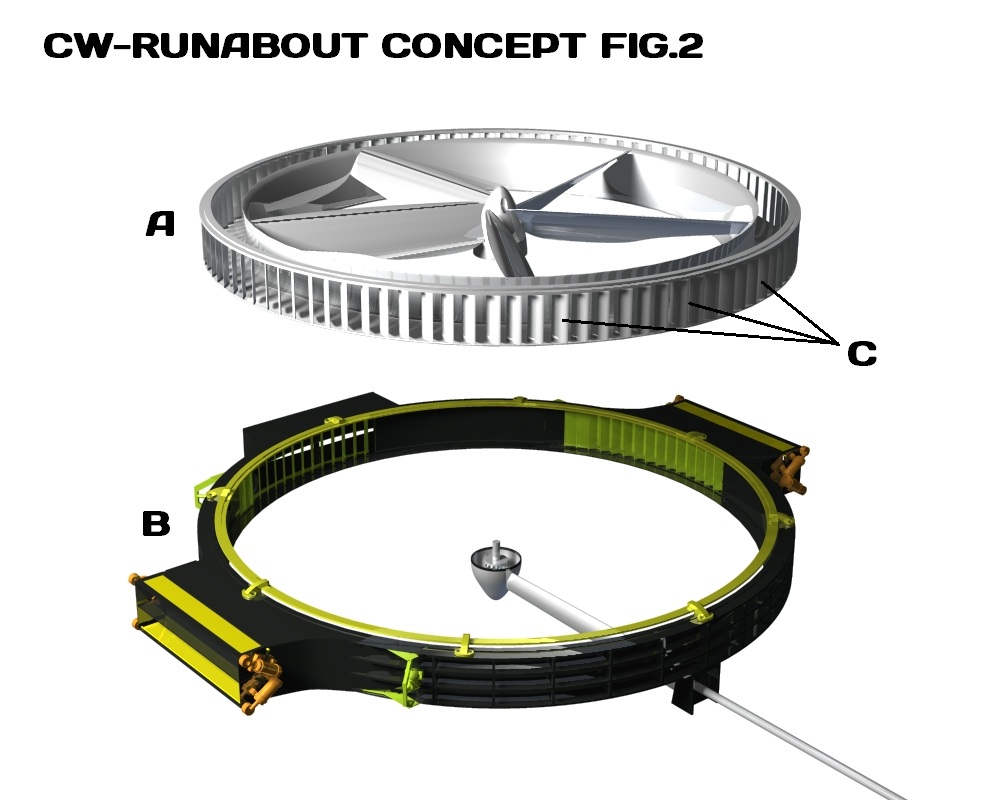 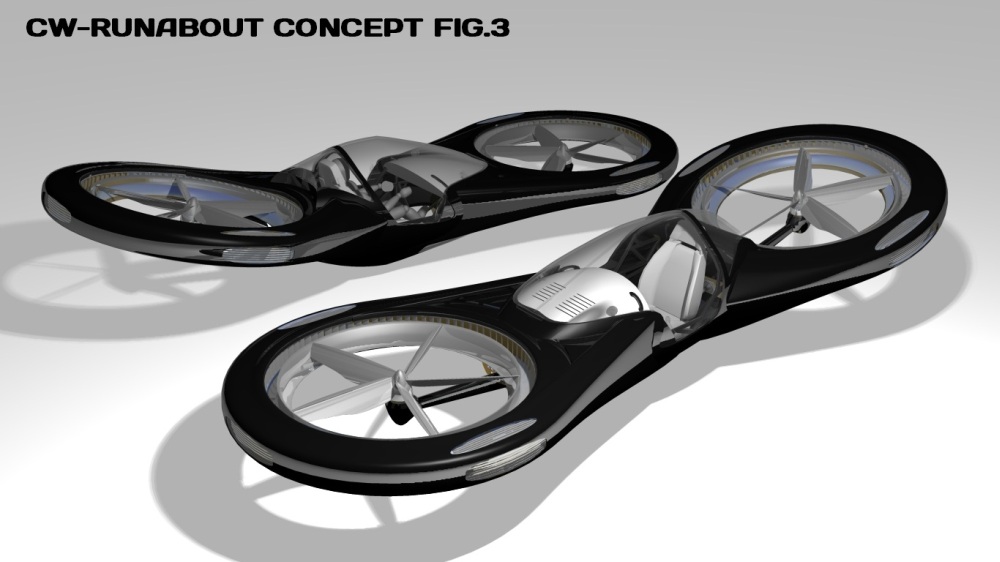 The CW-RUNABOUT is my attempt at a VTOL PAV concept that would hopefully be cheap to produce and as easy to controll as posible while having as few components as possible.

Using a single engine to provide both thrust and directional control with an innovative double set blade system, coupled with a unique ducting system, the CW-RUNABOUT will hope fully prove to be a fun and easy way to travel.

The image in fig.1 shows how the double set blade system distributes the air passing through it to provide both lift (green arrows) and directional thrust (red arrows). Each blade set, fore and aft, is powered by a single engine (no particular type is set) that turns both blade sets at the same speed in opossing directions.
The engine should be mounted just behind the front blade set, in front of your feet, below the centre of gravity to help with stability.

The directional thrust vents on the side of the blade housing (A) would be left open on all sides during take off to allow even air distribution for a smooth vertical lift, each one of these vents can be adjusted individualy and collectively to controll the pitch, roll and yaw of the craft and to allow the onboard systems to have a semi autonomous controll over the vents to help keep an even steady flight, and to assist when steering. The amount of control available should be considerable.

In fig.2 you see how the blade set (A) is constucted as a single piece, this sits into the blade housing (B). The addition of the small vertical blades (C) arranged round the outside of the blade set will provide all the directional thrust necessary for control while providing extra lift for the whole craft at the same time.

The image in fig.3 shows a single seater version concept of the CW-RUNABOUT using the vented blade system, as you can see it is not a finished version with lights, controls and landing gear etc, it is meant to show what it could possibly look like using the blade system described above. obviously im a bit biased but i think it looks, or at least could look, really cool.

Because the blades have no tips, there should be reduced noise to the system. And because of the small vertical blades (fig.2 (C)) providing extra lift, hopefully the blades should not need to spin at a riduculously high speed to maintain lift.

In regards to materials used for building the runabout, the lighter the better, either carbon fibre or some sort of composite.

I wouldnt mind a real one!