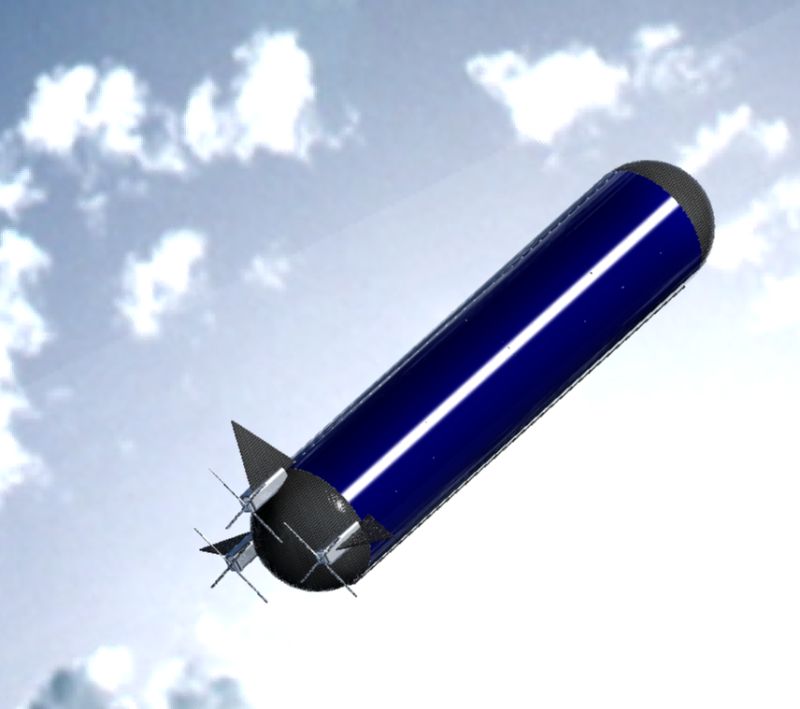 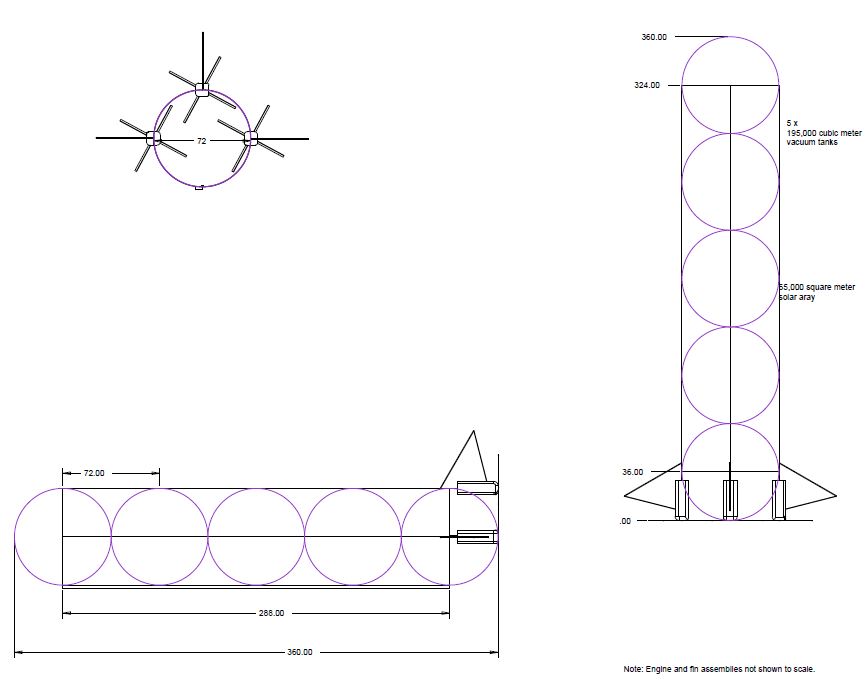 Many locations with poorly developed infrastructure do not have the capacity to receive airplanes and rely on ground transport from better equipped ports. Conventional airships could theoretically put down at any location, but due to expense of helium lifting gas are rarely used. They are also difficult and dangerous to handle during landing and take-off. To overcome these difficulties use of a vacuum airship is proposed.

Instead of a lighter than air gas, rigid vacuum vessels are used; once air is removed from these vessels, net weight of the vehicle is reduced. Rather than a complex air bladder system, five separate vacuum “tanks” are proposed. This system allows pilots to control vehicle density and weight distribution by adjusting pressure, and therefore weight, in each tank. As air is removed the vehicle rises and it drops when air is vented into the tanks, a system which allows VTOL.

Once at its target altitude the vacuum pumps can be shut off and the vehicle is able to cruise indefinitely. This is achieved by covering the external surface with shaped solar cells. This improves the airship's drag profile while generating power for onboard control systems and electric motors used for propulsion.

Excess power is stored by converting water into hydrogen through electrolysis. Hydrogen is then saved until solar power is unavailable, and used in fuel cells. This system allows a vehicle to be easily scaled in terms of power and duration. Additional fuel cells provide additional power much more efficiently than batteries and extra hydrogen storage can be added to improve range when sunlight is unavailable. Very little water is lost during this process and losses can be supplemented by use of outer skin condensate collection.

To improve the drag profile the carriage seen on conventional airships is removed. Instead a hollow keel is suggested, connecting the various components. In addition to providing the backbone, this keel also acts as the crew area and cargo hold.

The reference vehicle proposed here is a cargo airship capable of carrying 50 metric tons at a cruise altitude of 10 kilometers. This altitude is chosen as it is above most heavy cloud cover and weather effects, allowing maximum use of the solar cells. It is 360 meters long and 72 meters wide, a ratio chosen for its optimal drag characteristics. Each of five 36 meter radius vacuum tanks has a total volume of 195,000 cubic meters. It has 65,000 square meters of solar cells powering three 240 kilonewton engines. Total interior cabin volume comes to 4,000 cubic meters. Maximum velocity is 120 kph, although recommended cruise velocity is 85 kph.

Although the reference airship suggested here is intended for carrying people and cargo to remote, underdeveloped areas; it is a versatile design that can be used for a number of other applications. It could be readily modified into a cruise ship or used as a research vessel. Potential military applications include use as a naval radar platform and as a long-range surveillance vehicle.