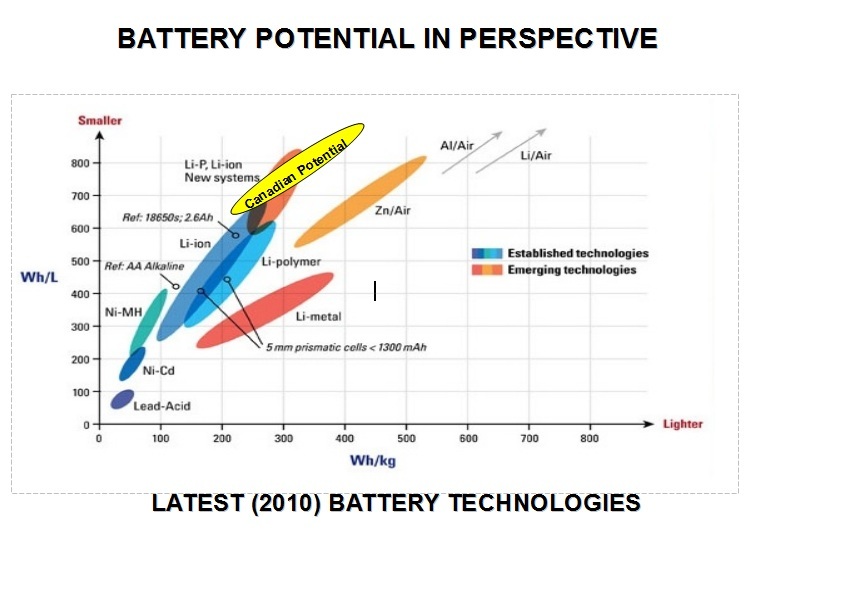 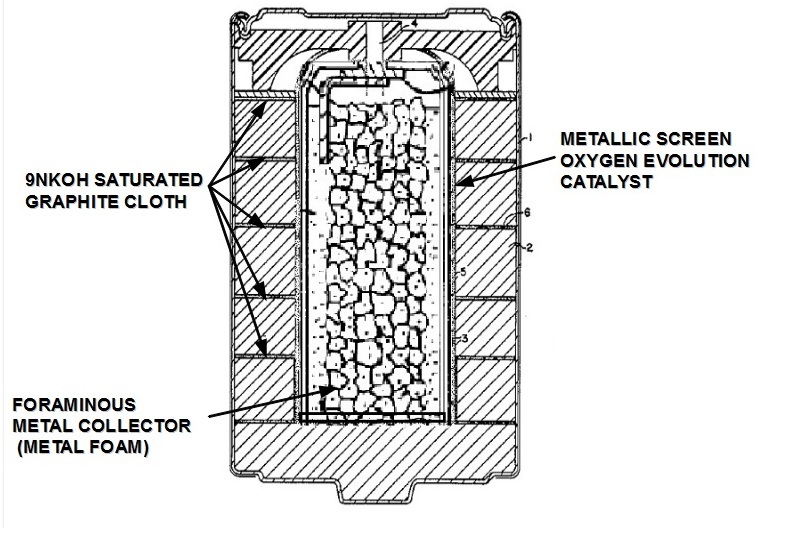 45 years ago the Mallory Battery Company of Canada developed a powerful D size cell explicitly for use in very low temperature applications.

This design idea brings forward and enhances that 45 year old technology which, in 1967, was far ahead of its time and by utilizing advanced features and incorporating updates to relevant aspects of the technology which came about over the past 45 years, battery systems which are cheaper, lighter, and with less volume than the competing technologies today are possible.

The Mallory Battery Company of Canada D cell had a significant technological edge in 1967, but it was an expensive process at that time. The novelty was the development of an anode electrode which provided greater energy density for discharge rates at low temperatures. Bringing forward the technology to the present day with modifications and additives to the chemistry results in a cheaper, lighter, and smaller package competitive with the advanced lithium systems available today.

From the attached chart, the most obvious application would be battery systems for Electric Vehicles and Hybrids. It would also provide the means for inexpensive residential battery storage systems because of simple maintenance of the system.

The market potential for the system is limitless.

Utilizing the basic 45 year old technology (with relevant proprietary Patent Pending improvements) together with additives to make the system fully rechargeable, the energy density extrapolated from the baseline system and computed according to standard practice is as shown in the diagram.

The production cost would be 53% of the cost of existing lithium systems; the weight would be less and the volume smaller than (for example) the Chevy Volt battery system.
A generic cross section of the improved D size cell is shown in the second diagram.

Although the manufacturing rate would be lower than conventional production due to the cell's construction, the high power value and low cost of the finished product would be competitive with existing EV battery systems and the recycling methodology much less expensive at the end of life cycle.