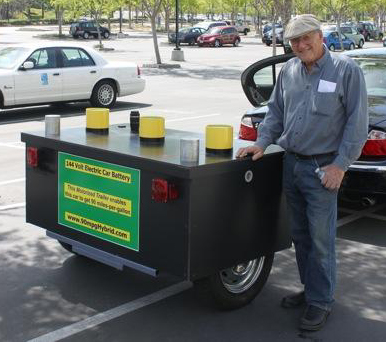 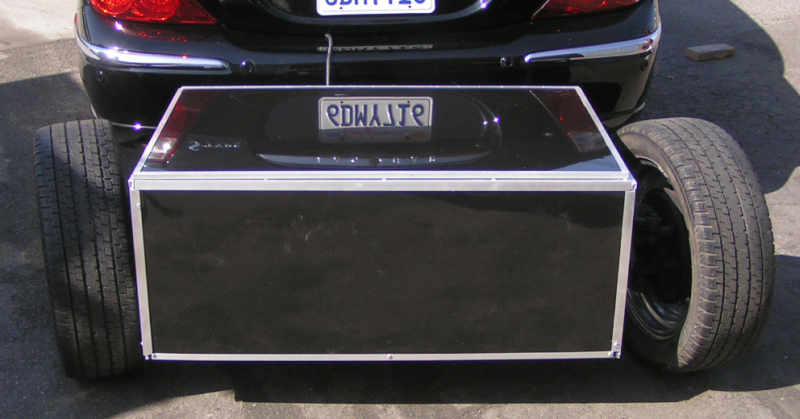 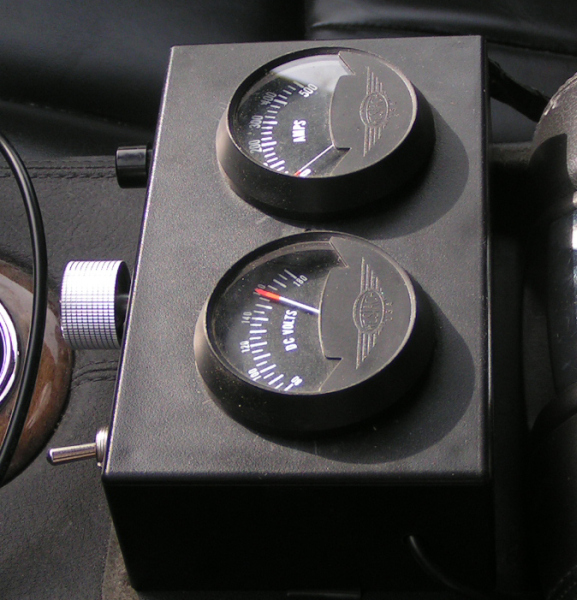 The market already has many fine hybrid and all electric vehicles for sale, but the price for the average person, who already has an adequate conventional vehicle to travel in, is more than most can afford. Also most battery powered vehicles have a limited range. This invention has the benefit that it makes it possible to use battery power in stop and go city conditions. When the vehicle owner wants to take a long trip that exceeds the battery's capacity, the second benefit is that one simply disconnects the pusher and uses the vehicle's gasoline (or diesel) engine for power. The way the pusher is used is as auxiliary power to the vehicle's engine. The vehicle's transmission is placed in neutral, then the pusher moves the vehicle down the road and the vehicle's engine provides the power for the air conditioning, the power steering, and the power brakes. The effect of all this is as if the vehicle was coasting down a long hill at 90mpg. If the conditions are such that the vehicle's engine was needed to provide additional power due to varying terrain, then the transmission would be placed in drive and the cruise control set for the desired speed. Again, the effect would be like driving down a long, undulating grade.

I do not believe that this idea is available anywhere in the world, and thus will make a hybrid vehicle available to anyone with a trailer hitch receiver on their vehicle, no matter how old their vehicle is.

This powered version of the invention originally used a non automatic steering concept, but the average driver found it nearly impossible to back up with such a short wheelbase. Therefore a method of controlling the steering of the wheels was designed so the driver would not have to be concerned about how accurately he was backing, as the pusher lead the vehicle exactly. The powered version and the steering version have not been integrated as of this writing. It was found that the back up light circuit of the vehicle could be used in changing the control characteristics of the steering as the forward steering response is less than, and opposite from the backing response.

The ultimate design would integrate dynamic braking and battery charging from stopping and coasting energy. Other than that, the electrical system is “off the shelf” and uses a simple variable resistor to control the amperage the motor draws, and thus the speed.

It is expected that this pusher can be manufactured for far less money than a full hybrid or all electric vehicle as there are no “bells & whistles” needed as these are already provided by the pushed vehicle.

Some sort of industrial design is still necessary in order to make a pleasing look. The type of parts needed for this pusher are all of standard automotive design, so no ground breaking designs need to be developed.