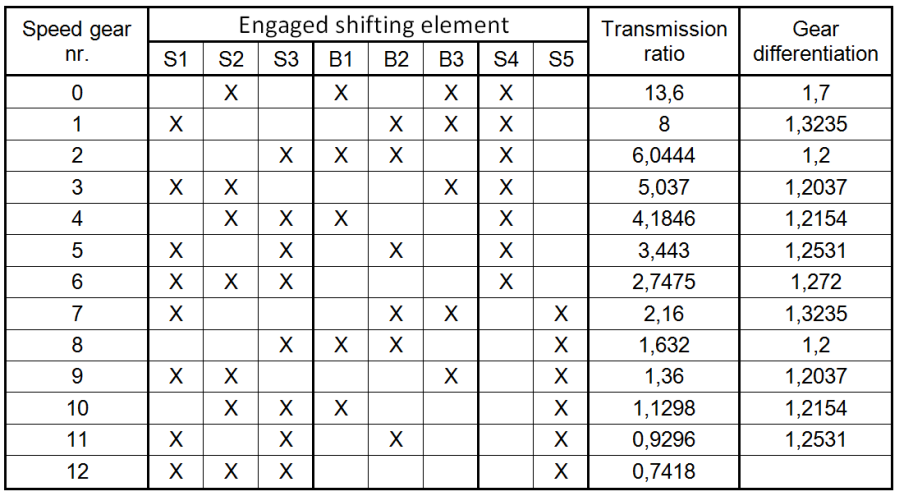 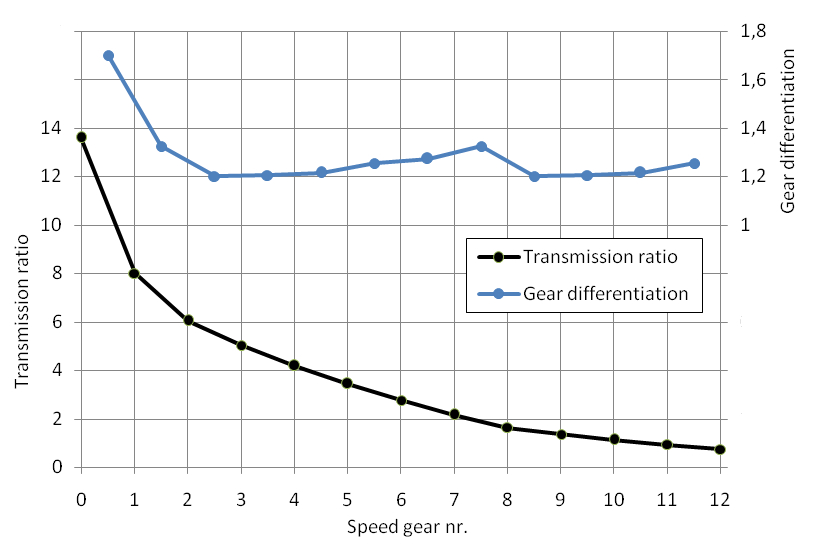 The basic of described powershift transmission is a differential with four shafts - combined planetary mechanism, which consists of two simple planetary gears (Fig. 1). This differential has three input shafts and one output shaft. In case of inserting several countershaft gears before the differential it is possible to create the configuration, in which the power can be split into three flows and subsequently merged in this four-shaft-differential. So originates the configuration of three flows of power.

The individual clutches and brakes are engaged and disengaged in order to shift the speed gears exactly according to Fig. 2. All the transmission ratios are resumed in Fig. 2 and Fig. 3. The gear signed as 0 is intended for starting-up of loaded vehicle at hard conditions on soft surface. Other twelve speed gears can be used at standard operating conditions.

Differential transmissions offer wide possibilities by request of higher number of speed gears. For example the combination of two planetary sets provides 36 possible structures and every structure enables different speed gear redistribution. The chosen conception has appeared as suitable for exploitation in freight-vehicle-drives because of its number of available speed gears and its differentiation.

Theoretically computed kinematic and moment characteristics are in accordance with the values achieved by simulations - it also applies to the theoretical efficiency of individual speed gears. There is no power circulation in transmission, at several speed gears power split appears only.