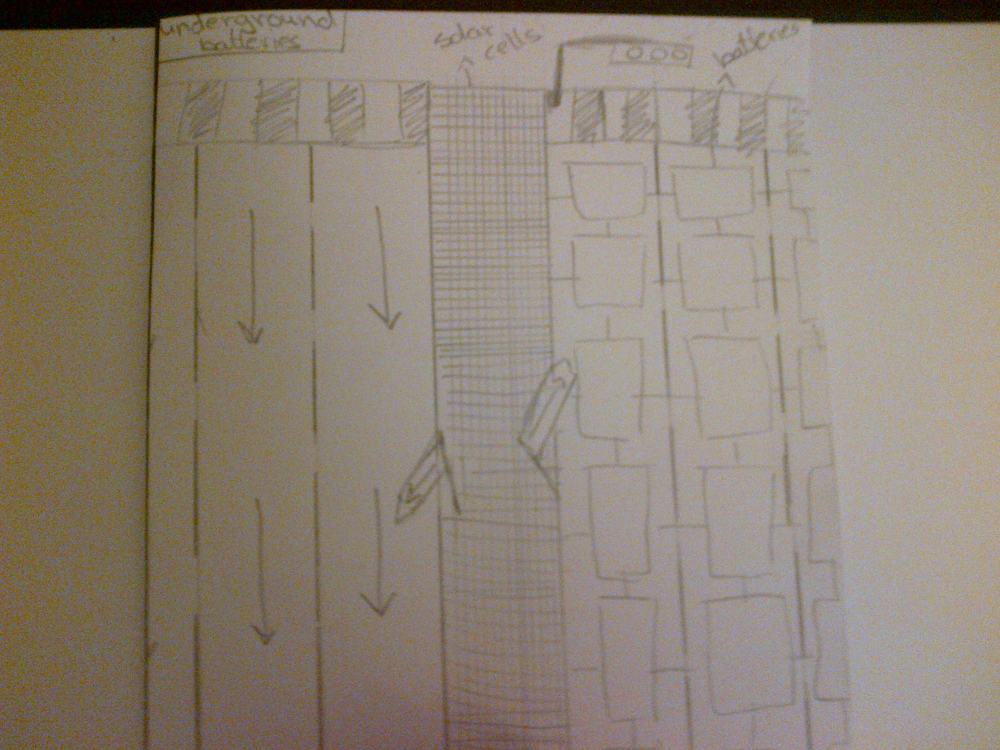 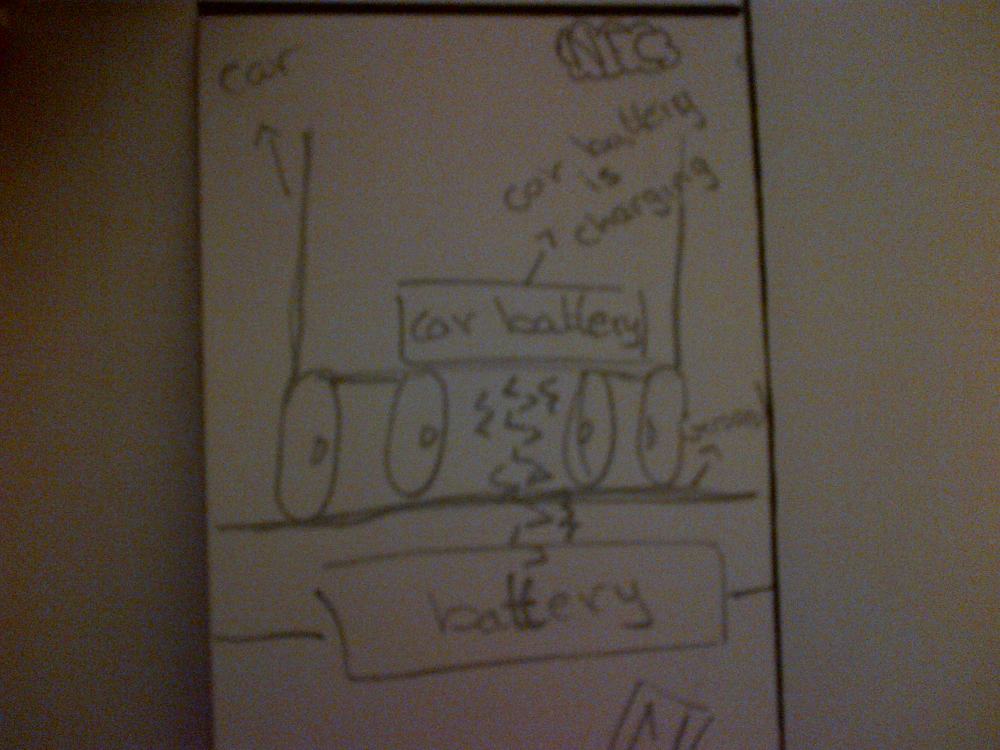 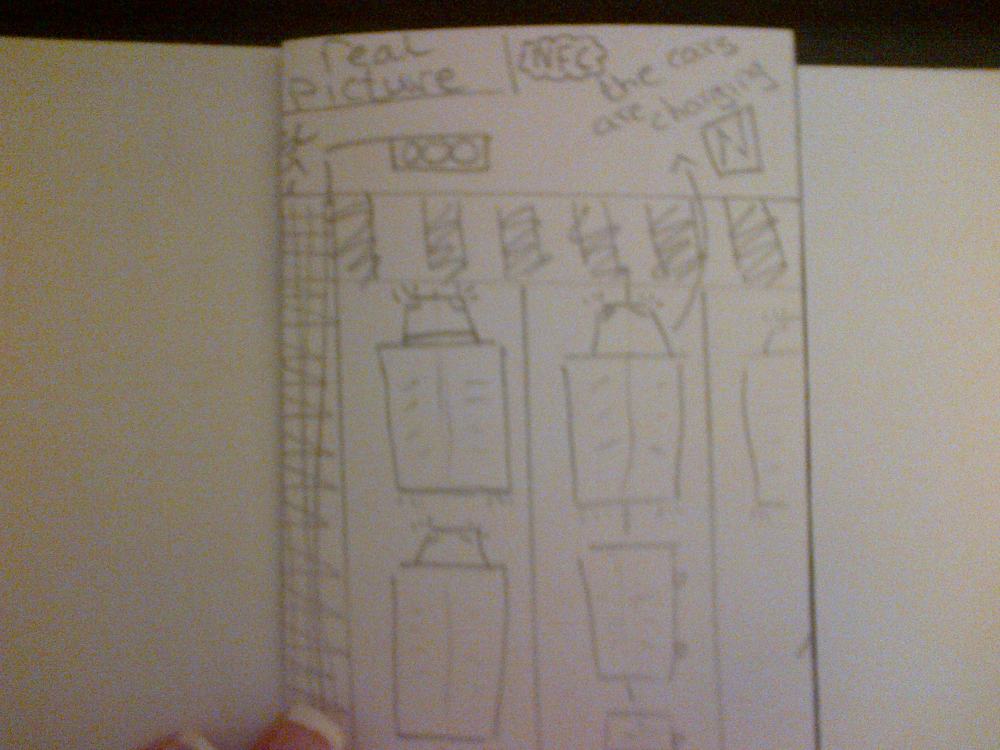 A car that has an option of driving or not driving (the car drives by itself). It has a garbage system, so when you throw a tissue in the special garbage place, the car automatically stores the garbage until the car is parked in the parking lot. There would be a special place for garbage in the ground; so the car would throw its garbage automatically when it is parked.

The car is eco friendly and it uses renewable resources (solar power) to charge itself while waiting for the traffic light to chage. There would be batteries under roads and they will charge the car using solar power. The car has a button, it lights red to tell you the car is empty (it needs filling), green it is full, yellow cannot connect with the battery (so you should put the car in a good position). When you see a blue light, it means that you can press the button (connected to the battery). The car will have a code under it and there will be a sensor on the battery that would read this code so that it will send you your receipt later. The car would be also covered by solar cells in case it couldn't charge itself it would use them. It also has a semi-office inside it; a computer would be stuck in the car for people's business and for passing time. Example: while the car is stuck in a traffic jam, the driver would command the car to drive by itself and he is going to finish his work on the computer. So no time is lost.