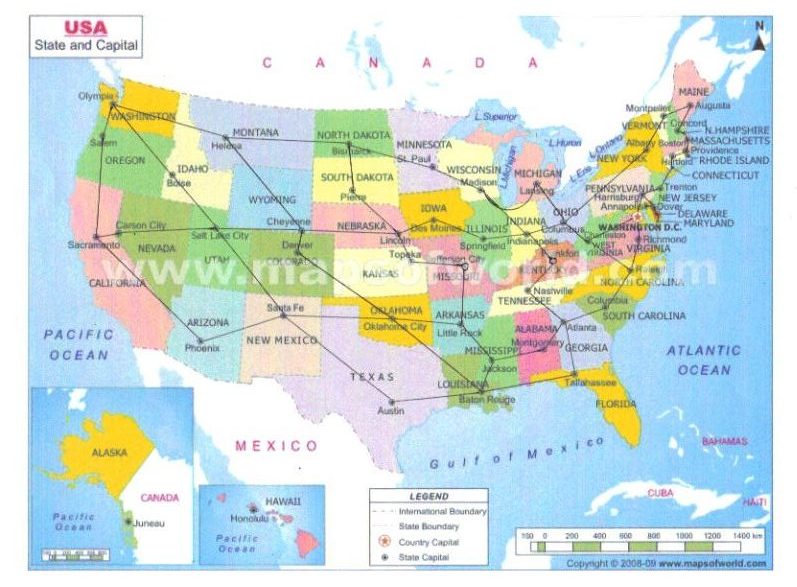 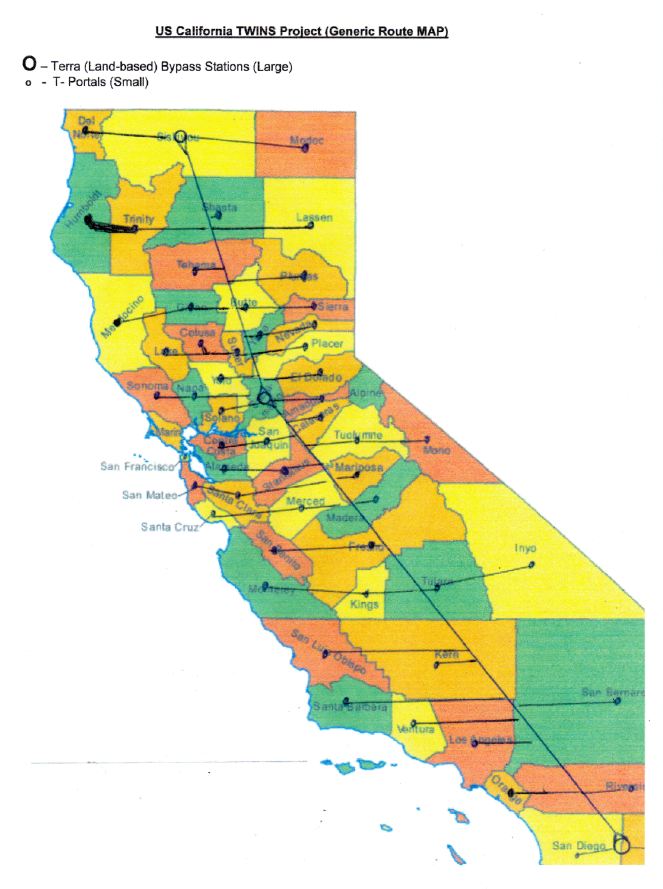 The T.W.I.N.S. (Trans-Web Infrastructure Network System) Projects (www.aquaterraplanetaryholdings.com) propose to create a single-standard national and international infrastructure and transportation network system consisting of Terra (Land-based) and Aqua (Ocean-based) Bypass Stations that are to be interconnected by a single-standard transport Operating System (OS).

The transport system is sub-surface via tunneling technology, and composed of a network of tube-links within which two sets of transport tubes, one for passengers and the other larger diameter tubes for cargo. These transport tubes provide the airless arena being one of the two elements required to achieve high speed (350-4,000+ mph) travel by capsules / vehicles and the second being the Maglev system that levitates the capsules by superconducting magnets and thus, no friction for passing capsules.

As an example of a national T.W.I.N.S. project, the U.S.A. T.W.I.N.S. project proposes to establish one (1) Terra Station at each U.S. State Capital, including Washington D.C., and inter-connect the network of Stations by this advanced T.W.I.N.S. transport system. This U.S.A. T.W.I.N.S. proposal (see attached map draft) suggests that this advanced infrastructure and transportation system be built sub-surface (within tunnels) across the U.S.A. and first connecting 48 of 50 State Capitals with Washington D.C., thus forming a true United States.

Once the national system is established, travel time from east to west coast and vise verse for passengers and cargo (approx. 3,000 mi.) would take less than one hour. A more regional proposal is the California T.W.I.N.S. project suggesting that the system be established down the center corridor of California and branching out to connect to all Counties (see attached map draft) on either side of center and later will connect to the national U.S.A. T.W.I.N.S. system via the Terra Station at the California State Capitol, Sacramento.

All local, regional and national T.W.I.N.S. projects are linked to form a single-standard national and international infrastructure and transport system which is highly efficient, very fast (350-4,000+ mph), brings forth a major economic stimulant to all Nations participating by creating mass education and employment within each participating nation and putting money in peoples hands who are the source of all economic demand and prosperity.

The longer term plan for the Aqua=Terra T.W.I.N.S. projects is to extend all of the advanced land-based Terra Bypass Station infrastructure and transportation networks to a 12, oceanic-based Aqua Station network (www.invention.net/aquaterra) which would complete the planetary infrastructure and transportation system and greatly modifying how people and cargo are transported across the seas and land.

In short, present-day transport systems are very slow, contaminating, and expensive to operate, maintain and need replacement periodically. These endless costs of maintaining present land, sea and air based systems like trucks, rails, ships, and airplanes have reached their capacity of efficiency and effectiveness. Will not be so with the Aqua=Terra T.W.I.N.S. projects since proposed system is very automated, efficient, provides a security system for the public and will not need tax payer moneys build or maintain.