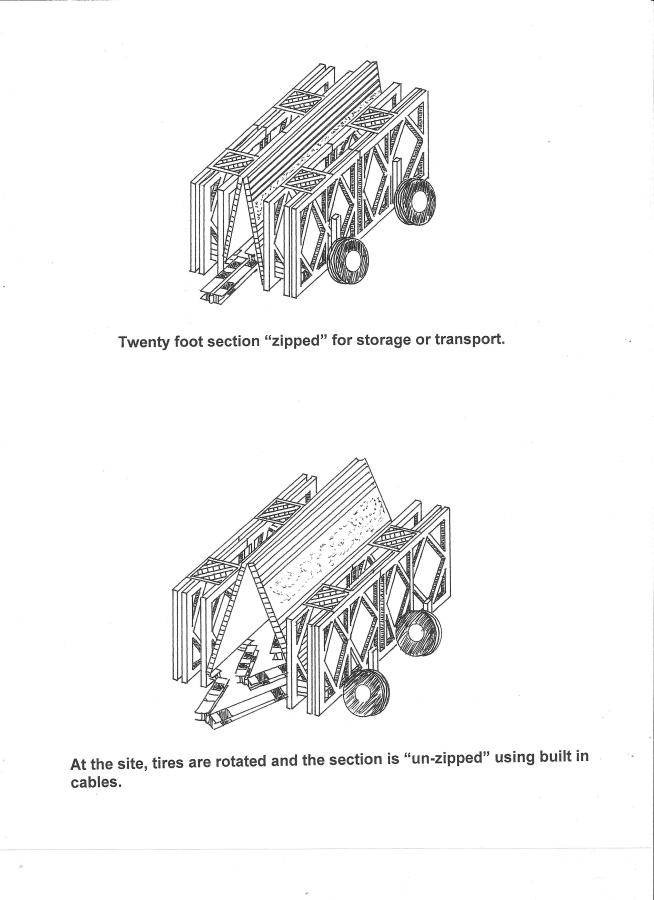 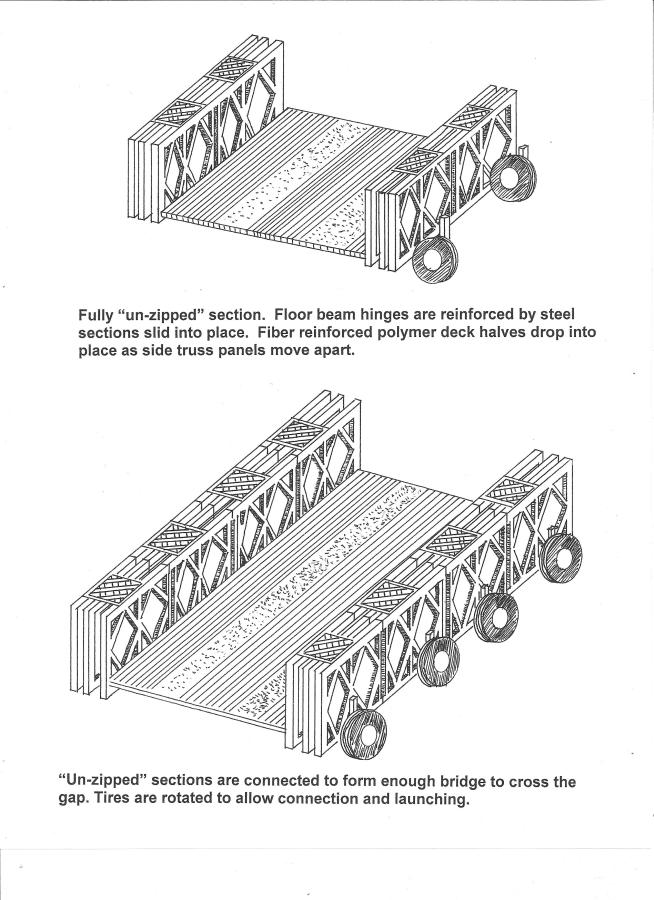 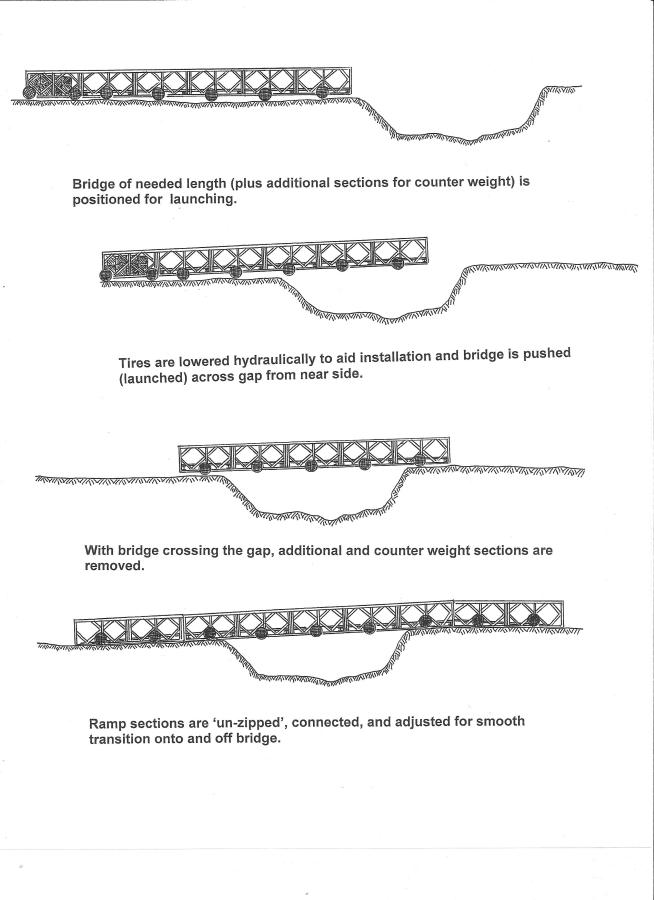 Modular panel truss bridges are used worldwide to bridge gaps in the road network. Often based on the WWII “Bailey Bridge” design, these structures are deployable in weeks. These structures can be “launched” (installed) from one bank across a gap. This feature is especially useful in establishing new or emergency replacement spans.

With modifications, this type of structure can deploy in hours or days rather than weeks. My proposal is to deliver pre-assembled, reduced-width (‘zipped’) sections to the site. This moves most of the labor-intensive, dangerous assembly process to the period before the deployment. The result is reduced deployment time and cost due to lower labor and equipment use. Costs due to loss or lack of a bridge would also be reduced.

The system folds the bridge into a width that can be towed on the road. This requires hinges in the floor beams, and half-width deck panels. Fiber reinforced polymer (FRP) deck panels reduce dead load, leaving more structural capacity for traffic. A FRP deck is also reusable, as opposed to discarding timber decking after use.

Sections travel and deploy using truck tires mounted on hydraulic columns for raising and lowering. These columns are similar to those used in newer equipment lifts. Tires can rotate either parallel to or at right angles to the truss panels. The hydraulically raised or lowered wheels also replace the standard cumbersome roller bearings for launching. A “tender” unit providing hydraulic power and cable winching is part of the launching counterweight. The accompanying sketches illustrate deployment steps.

Quickly placing a span of up to 80’ carrying over 50 tons presents real possibilities. Earthquakes, floods, wildfires, hurricanes, tsunami, terrorist strikes, etc. The Zip Bridge can be removed in a similarly short time and reused many times.