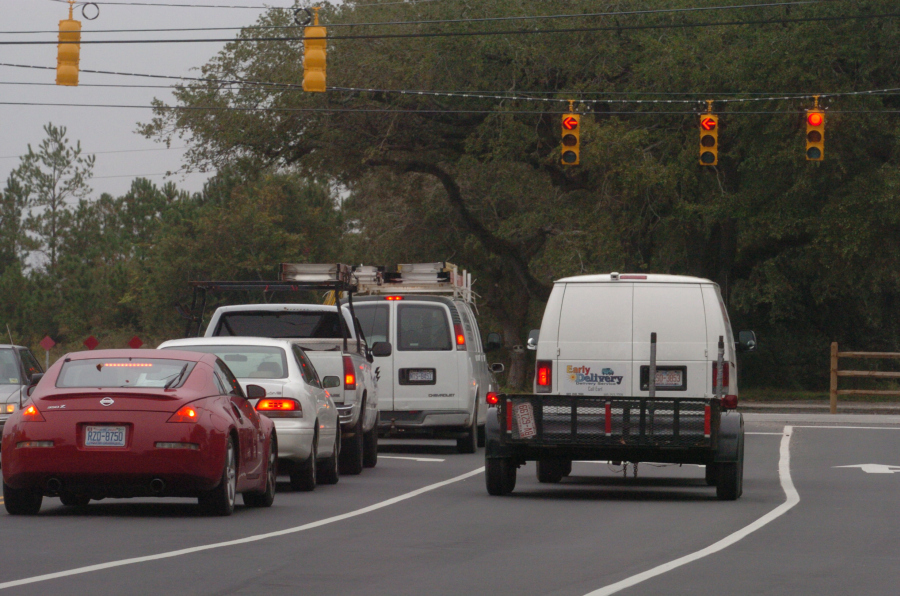 A simple way to improve fuel economy for all vehicles would be to time the traffic signals so that cars and trucks traveling at the posted speed limit would pass through one green light after another during the commute. Besides conserving fuel, other benefits would be shorter commute times and safer intersections.

A feasible way to enable cities and towns to optimize the timing of their street lights would be to provide software that would utilize online map data to determine distances and speed limits between intersections and calculate travel times between them. Local officials would input other data such as the priority of roads and how long lights should stay green, yellow, and red for each direction, and other data needed to define the grid.

The municipal road crew would implement the solution by manually setting all of the individual street light timers according to the plan.

This would improve fuel economy for every vehicle that travels city roads. We already have the hardware and the crews to do the work. The Traffic Signal Timing Software would provide the plan to make it all work together.