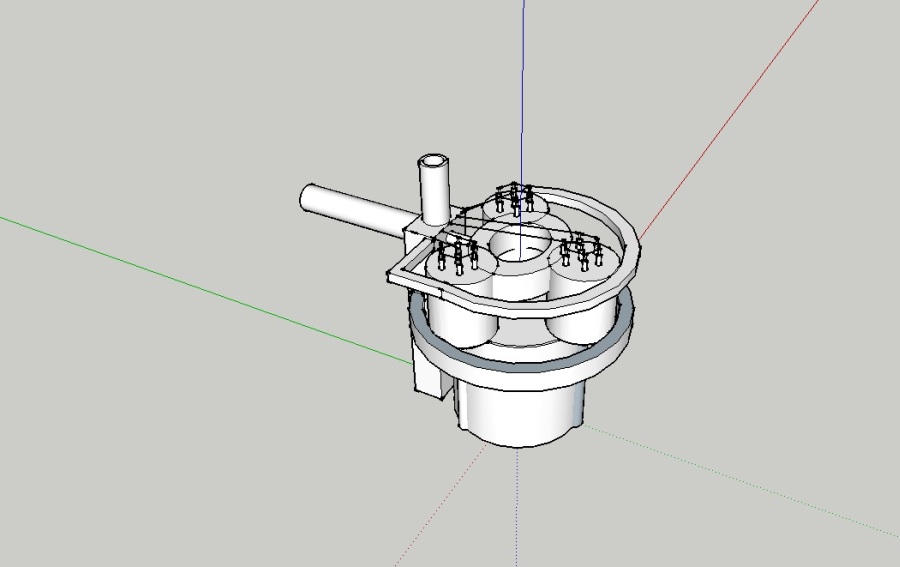 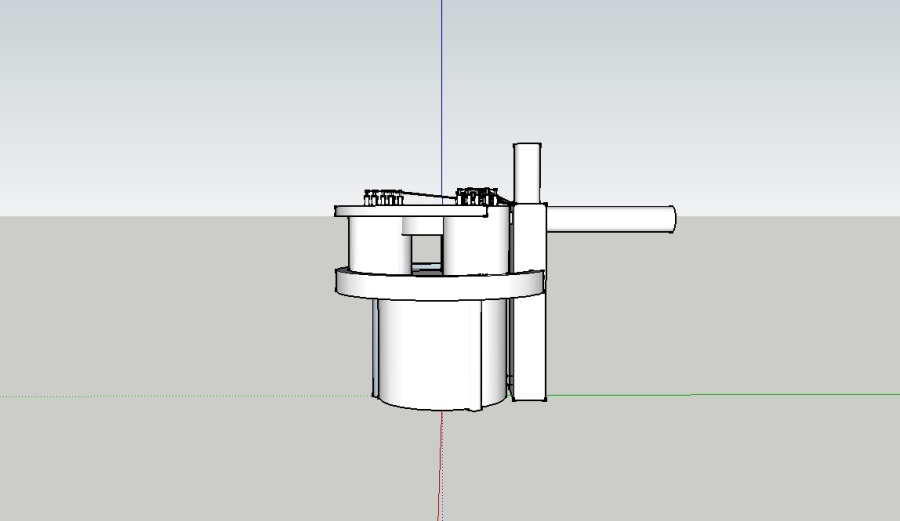 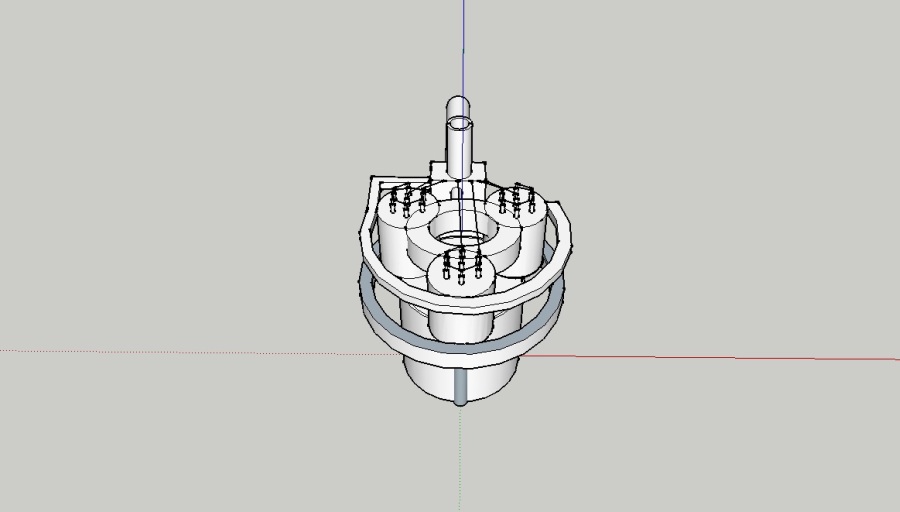 This new drum system is much more effective than a typical crank shaft and results in less energy loss. It also allows fewer parts to be used, performing all the functions necessary to operate the motor. The engine will continue to use the Otto cycle. The ignition system would be used in the same manner as a diesel system would, but with a few slight modifications. The injection system is composed of a dual system, that will recovers energy from the exhaust pipe and add it into the cylinder. The compression in the cylinder would not be necessarily as high as in a diesel engine, resulting in use of a lighter engine. The compression will still be higher than that of a typical gasoline-powered engine, resulting in greater efficiency. A new way to inject the combustibles will be modified so that the engine will not require a cooling system. In place of a cooling system, insulation will be used to keep the heat enclosed. Inside the exhaust pipe would be an atmospheric engine to convert steam into water. The atmospheric engine will produce extra energy at the time of condensation. The final result would be an engine without a cooling system and in addition would release exhaust gas that is colder than the air that surrounds the engine. This advantage will produce more energy. The engine will be running near 2000-3000 rpm, depending on the type of fuel being used. The engine will also include an electric generator. The electric generator would be powering the engine of an electric vehicle. This electric vehicle would recover the energy during braking.

This newfound engine would have an efficiency rate of at least 65%-75%, but could still reach up to 85%. With this in mind, the MPG would also increase dramatically, anywhere from 200 MPG and upwards of up to 300MPG. The toxins emitted would also decrease dramatically. Everything described is possible; it’s just a matter of fabricating it.