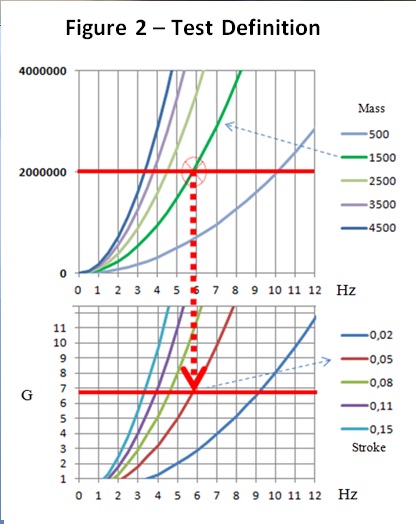 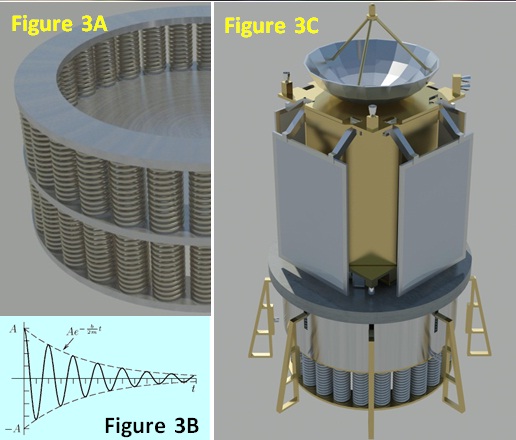 The structure of a spacecraft is designed to support the maximum quasi-static loads (accelerations) that it will be subjected to during its launch phase. These loads are a combination of the steady-state static loads and low frequency sinusoidal loads.

Quasi-static loads can be used to dimension the spacecraft, provided the minimum frequency requirements with respect to mode shapes in the launch direction and the lateral direction are fulfilled.

The standard testing approach is a static test and is achieved by subjecting the structure to static loads by means of a wiffle tree, or doing a centrifuge test, or a quasi-static test on a shaker to facilitate the load introduction (see Figure 1). These tests provide are used mainly to qualify the strength of the primary structure and critical structural interfaces. Each one of the standard testing options has its own weak points (waffle tree is not able to test flight spacecrafts; centrifuge tests require a very expensive facility and are only for small masses and the shaker tests have maximum mass and minimum frequencies limitations), because of this, a simple and efficient alternative is herein proposed.

This new approach is able to test the actual satellite in a very wide range of spacecraft masses fulfilling most of frequency requirements; the current design is able to test spacecrafts from 100 kg to 4000 kg with at very low frequencies (see Figure 2); using a same approach any range could be reached.

This proposal is innovative because it is different from the standard ones and it is based in the simplest way to generate a quasiestatic wave (damped sinusoidal) that is using the spring-mass-damper concept. This machine consists of two sets of springs as shown in Figure 3A where the spacecraft is attached in some way to the central ring; using a pneumatic system the springs are preloaded to the pretest configuration, the test starts when the pneumatic system releases the platform that supports the spacecraft generating the wave shown in Figure 3B, this wave is damped by the internal frictions of the machine.

All parts of this machine are very simple like springs, milled parts or standard pneumatics systems allowing to have a very low cost quasi-static test system that is able to generate - in a very simple way – suitable combinations of required axial and lateral accelerations at the same time.

The concept described herein may replace easily the waffle tree and centrifuge machine because it is more versatile and have a lower cost with no degradation either in the performance or in the reliability.

Regarding the shaker is an excellent complement of it, whenever the shaker is not able to perform a quasi-static test due to its own restrictions.