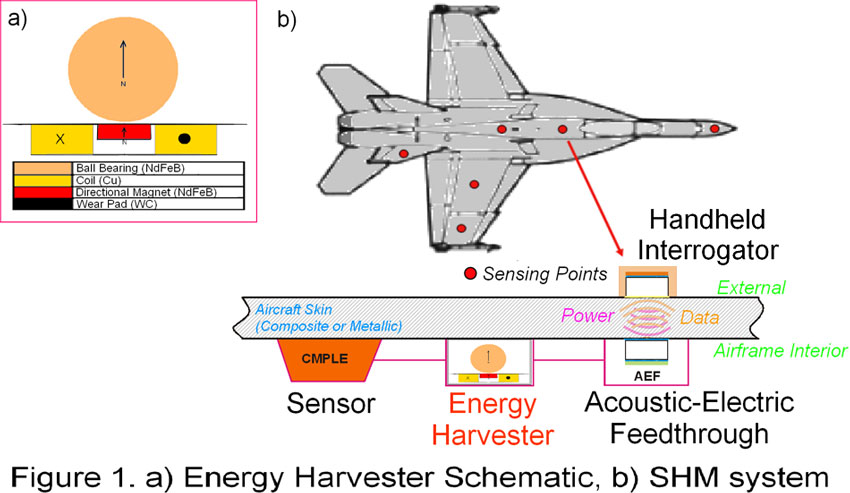 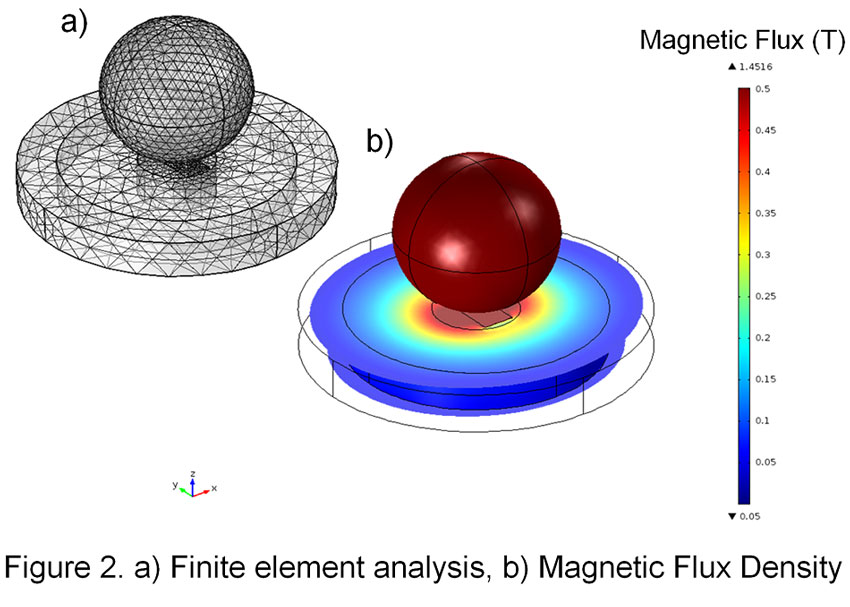 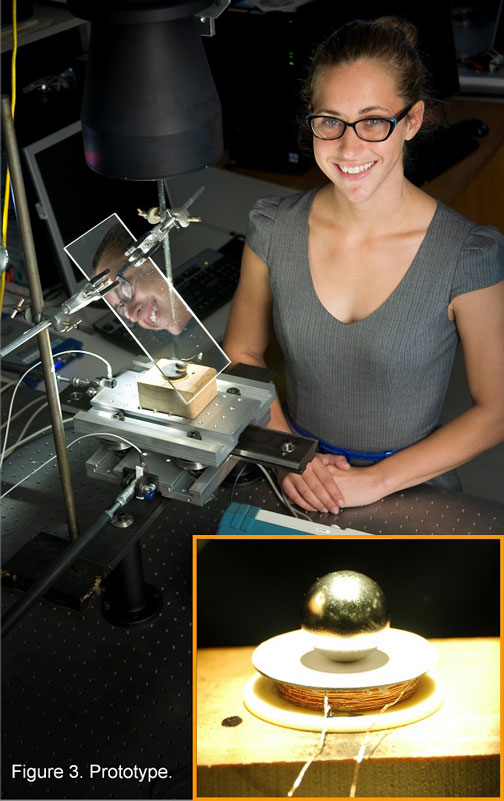 Vibration energy harvesting (VEH) is the process of capturing available free energy from the local environment (e.g airframe structural vibrations) and converting it into an electrical form. While there are commercially available vibration energy harvesters, challenges such as low power density and a limited operational frequency bandwidth have prevented the widespread application of vibration energy harvesters. VEH may be used as a power source for structural health monitoring (SHM) sensors in military aircraft (see Figure 1). A SHM system might consist of: (i) a sensor mounted inside the aircraft which monitors in-flight mechanical loads on an airframe, (ii) an energy harvester to be used as a power source, and (iii) an acoustic electric feedthrough based wireless link which is used to download sensor data and provide additional energy to the sensor unit when the aircraft is on the ground.

A vibration energy harvester has been designed to garner kinetic energy from the vibrations present in military aircraft. COMSOL has been used to model the vibration energy harvester design, to optimise the output power and predict the achievable power density. The magnetic flux density and finite element analysis of the harvester can be seen in Figure 2, and the attached video shows example results from a transient model.

The harvester design includes a wire-coil electromagnetic transducer and a ball-magnet oscillator (shown in Figure 1a, and inset Figure 3). In response to host vibration, the ball is free to move with two translational degrees of freedom, changing the magnetic field within, and inducing an electro-motive force (e.m.f.) across, the transducer. The e.m.f. can be used to power structural health monitoring sensors on an aircraft. Measurements of a prototype harvester (using the experimental arrangement shown in Figure 3) have shown that the design can produce a maximum power of ~65 mW from accelerations in the range 2-5 m/s2 in the frequency range 10-25 Hz. The power density of the prototype shows good correlation with that found using COMSOL, and compares favourably to harvesters that are commercially available and found in literature.

The energy harvester technology described could be used to power sensors across a variety of vibration producing platforms, such as on aircraft, trains, boats and automobiles. Its small size (with an active volume of 25cm3) ensures it may be placed unobtrusively and without adding a significant mass.

As there are only a few separate components in this simple design, the manufacture of this device could easily be automated for large-scale production.