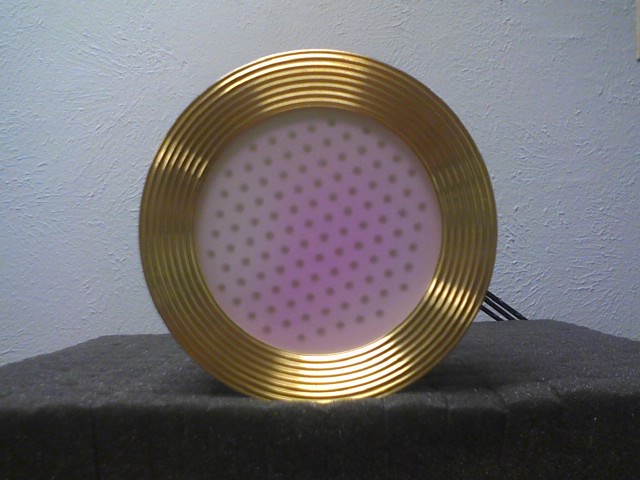 The Beam Irradiance on Target System (BITS) is a high energy laser (HEL) sensor array that directly measures the beam irradiance profile of HEL weapons. The BITS is a sensor array composed of 105 sensors arranged in a hexagonal pattern over a circular area and is designed to withstand direct exposure to continuous wave (CW) lasers at threat irradiance levels. The sensor array spatially and temporally samples HEL beam profiles and is the only reusable and direct (on target) measurement system of its type. The BITS represents the state of the art in the directed energy test and evaluation HEL sensors.

The directed energy test and evaluation community required a reusable, direct (on target) detection technique to measure CW HEL beam irradiance on stationary and mobile targets at threat irradiance and fluence levels for laser weapons developmental and operational testing. The assessment of CW HEL systems at representative engagement distances and geometries was impossible with existing technology. The system was required to survive the representative multi-kW/cm2 irradiance levels while also offering significant spatial and temporal resolution of the beam profile.

In October of 2012 the BITS system underwent its final acceptance test at the High Energy Laser Systems Test Facility (HELSTF) located in the White Sands Missile Range (WSMR) test complex where the system was exposed to over 20 HEL shots using the 20kW IPG laser at irradiance levels as high as 5kW/cm2, exposures times of ten seconds, and beam diameters of 2-5.6 cm (1/e2 diameter). The system provided calibrated truth data for the direct measurement of HEL exposure. To date BITS has undergone 74 tests under HEL conditions in outdoor environments, demonstrating that it is indeed a reusable and deployable system.

The BITS is composed of an array of optical collection cavities that are distributed across the sensor array. The sensor cavities are covered by a coated optics mirror that reflects the majority of the incident HEL light. One important advantage of the BITS is its ability to reflect the incident beam in a divergent pattern. This mitigates potential damage to anything in the path of the reflected energy which is important for the wide variety of test conditions that BITS will be exposed to. The remaining light that is not reflected is transmitted into the array of integration cavities. Light scatters inside individual cavities and couples into an optical fiber oriented in the side. The optical fibers from the BITS target array are routed to the BITS electronics package and coupled to dedicated photo detectors on the BITS Readout Integrated Circuit (ROIC). The optical power level from each sensor is sampled and recorded locally or transmitted to a remote telemetry receiving station where the data is recorded and analyzed. The first generation BITS target has an array of 105 sensors laid out in hexagonal pattern over a circular area with a diameter of 7cm and a sensor spacing of 6mm. The BITS electronics is a modular system and can support more sensor channels for future larger target needs.