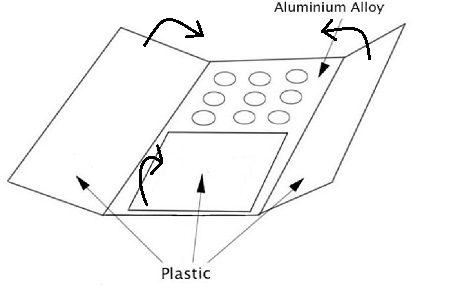 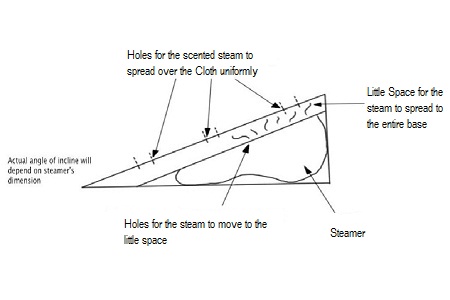 Recent research conducted has shown that there is an increasing trend among the world’s white-collar population. Due to the rapidly expanding industries, people in the middle income group are getting busier. Consequently, this group of people would need help in reducing their workload at home. Hence, introducing a new product called the Scented-steaming Folder. It is a machine that folds, irons and add fragrance to clothes simultaneously. This system reduces the number of steps required for housekeeping. This would then serve to save time and money, which are invaluable assets to the working-class.

The mechanism of the Scented-steaming Folder is structured in such a way that it folds according to how a shirt or piece of clothing needs to be tucked in. Firstly, the sleeves on both sides are folded in. The clothing is then folded into half along its length. Since the panel that the shirt is placed on is a steam system on its own, the clothing will be ironed into place at the same time. In addition, perfume/scent is integrated into the steam. Thus, the clothing will be perfumed as the fragranced steam is released to iron the clothes.The illustrations are self-explanatory as well. It is a convenient solution that neatens up your household space swiftly.

The mechanism is aimed at addressing the following challenges:

1) A significant amount of time and effort is spent to fold and store clothes in ways that reduce creases on the clothes.
2) When going overseas, irons and ironing boards would be too bulky to transport.
3) Odors on clothes might be unpleasant and inappropriate for formal occasions.
4) Ironing requires skill to get to corners, and some designs on the clothes might pose additional challenges in straightening the clothing.

This product helps busy individuals reduce time expended on housework. Based on extensive research conducted, one of the more time-consuming household chores is folding and ironing clothes. Our target group ranges from homemakers to people who travel overseas often, and to maid agencies. Upon adoption of this system of clothes packing, they will be potentially more efficient. Homemakers have been receptive to innovative products, such as the Magic Mop and Happy Call pans, which reduces their workload and cuts down on effort. Hence, I believe that this product will similarly attract their attention and create a promising market that reaps profits.