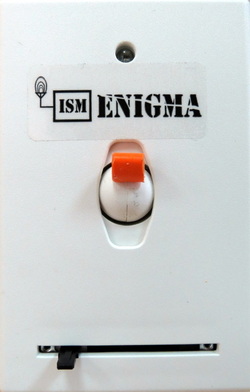 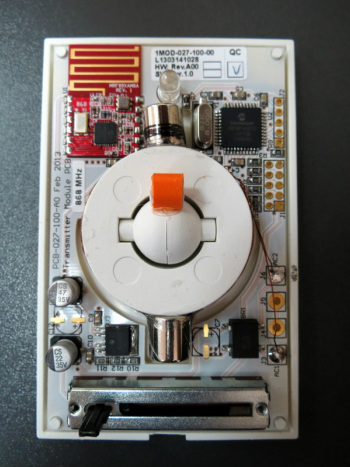 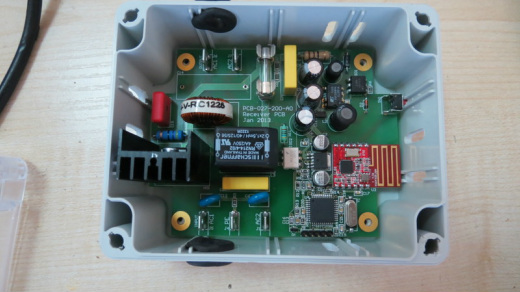 A novel concept in battery-less technology. Signals travel through multi-floors of a home or building up to several hundred feet in most cases with a tested outdoor distance of 500 feet.

Upon momentary rotation of the axial sphere, a series of pulses of electrical energy are generated, with a peak to peak value of 28 VAC. This form of alternating current is then converted to a stable 2.75 VDC output @ 50 ma. capability: that is 125000 microjoules or 125 milliwatts.
[International Patents Filed and Pending]

One flick of the rotating ball generates 15v-s x .5 amperes = 7.5 watt-seconds (joules) of electrical energy under a load whose impedance equals that of the generator's internal impedance.

The ISME-EH-V1 generator can be used in many applications requiring short burst power generation for switches, toys, vibration, displacement, and motion sensor applications. Self powered pedometers, mileage recording and wind power generation are among the many additional possibilities.

The product is international market ready for sales and distribution as well as ISM ENIGMA seeking representatives worldwide.