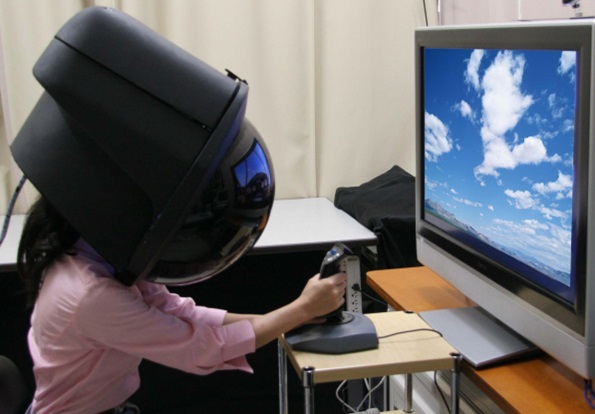 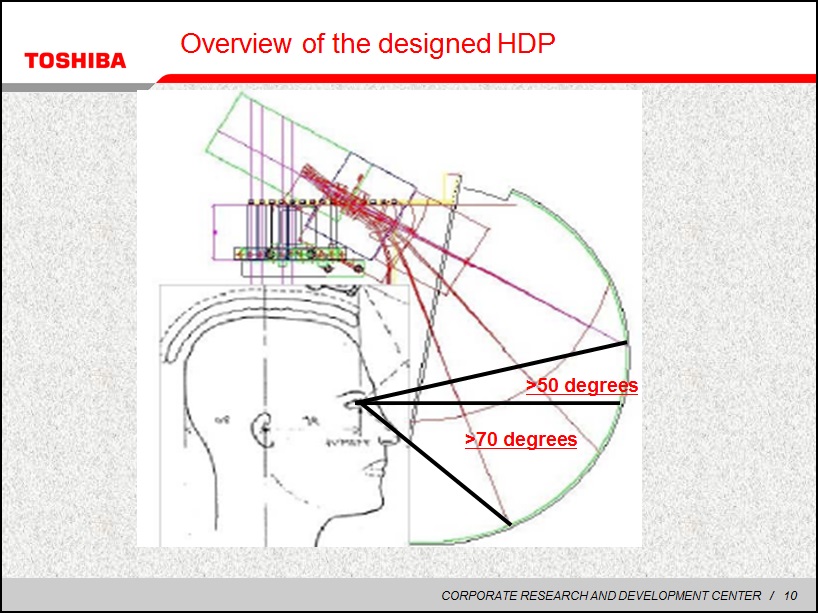 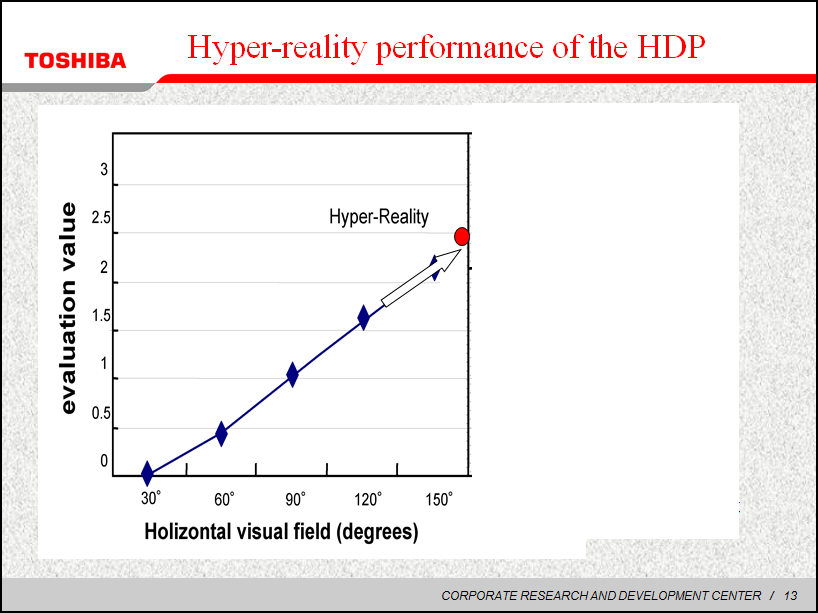 Abstract
We invented a novel Monocular Hyper-Reality Display with wide 160 degrees viewing that consists of a dome-shaped wide viewing screen with a radius of 40 cm and 160 degrees, a mobile projector with ultra wide projection lens and LED light sources, as shown in Figure1. In this system, we observed the HDP with only one eye and wider viewing of 160 degrees, which reduced the visual distance sensitivity of the screen and improved the hyper-reality score by 1.5 point, compared to the binocular type display.

Background & detailed description
Recently, hyper-reality or virtual reality displays such as CAVE and CyberDome Display have been developed. However, in order to make such immersive displays, large space of one room size must be required, so that they haven’t yet extend to home and personal-use markets.
On the other hands, compact mobile projectors with LED light source recently have been developed and put on the market. They have some advantages, such as wide color gamut, compactness and environmental friendly characteristics, but the efficiency has not been enough for mobile use in the bright illumination.

Our objectives are to develop a compact hyper-reality dome projector for personal use, taking advantage of compactness and wide color gamut of LED light source. Our display is head mounted type display (HMD). However, it is not HMD using flat panel but Head Dome Projector (HDP) using curved screen, as shown in Fig.2.

Table.1 shows the performances of the developed monocular HDP. The most important feature is to adopt very wide viewing screen of 160 degrees and very small dome screen of 40 cm on diameter and very short visual distance of 25 cm. By increasing the visual field of view, the hyper-reality effect of dome shaped screen was 0.5 points higher than that of the conventional HDP and 2 points higher than that of flat panel displays, as shown in Fig.3. In addition, despite the short visual distance, we cannot see the screen surface by observing the screen with only one eye and as a result, the hyper-reality score was improved to 0.5 to 1.2 points more than the conventional binocular HDP, as shown in Fig.4.