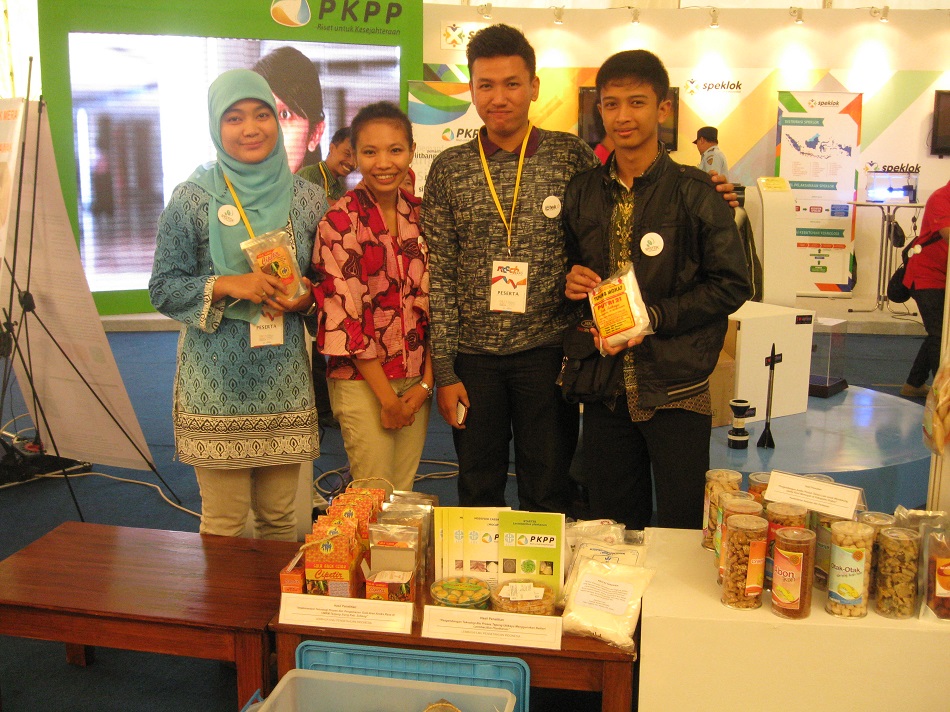 Coeliac diseas is a genetically determined disorder in which affected individuals show intolerance to ingested gluten. Gluten is a complex mixture of cereal proteins (prolamins and glutenins) and other constituents. Exposure of coeliacs to the prolamins (wheat, barley and rye) may result in damage to the mucosa of the small intestine, producing a variety of symptoms, typically including malnutrition, diarrhoea and anaemia (Food Safety Autorithy of Ireland, 2008).

Mocaf is one of foodstuff flour that didn't have effect to ceoliac deasease because of free gluten. It is a product derived from cassava flour that uses the principle of modifying cassava cells in fermentation, and also has a different character with ordinary cassava flour, especially in terms of degrees of viscosity, gelation ability, power rehydration, and the ease dissolves better. Those characteristic relatively the same with wheat flour, even mocaf no gluten, then it is possible to test the use of mocaf as the substitution of wheat flour in a variety of uses, both on the various types of food the community and in various food industries, such as bread, pastries and noodles industries.

The key of bioprocess mocaf is inoculation. We use selected single strain, L. plantarum, for starter culture of mocaf fermentation. A starter culture is material containing large numbers of single or variable microorganism with may be added to accelerate a fermentation process. It is grow and produce some enzyme that breakdown the cell wall of cassava and hydrolyze starch into sugar and thus change it into organic acid. It also has reduced HCN about 80%.