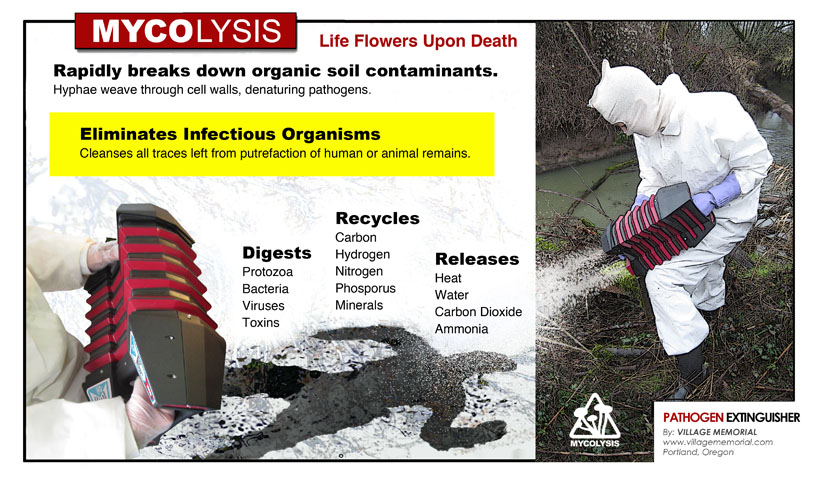 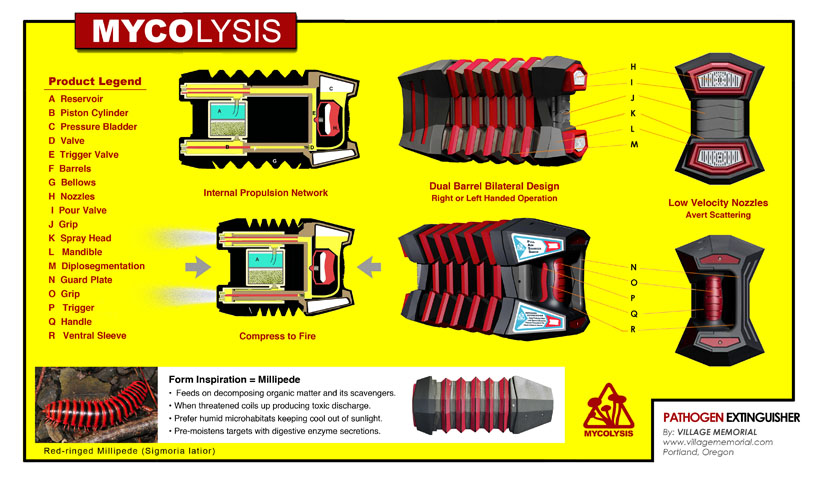 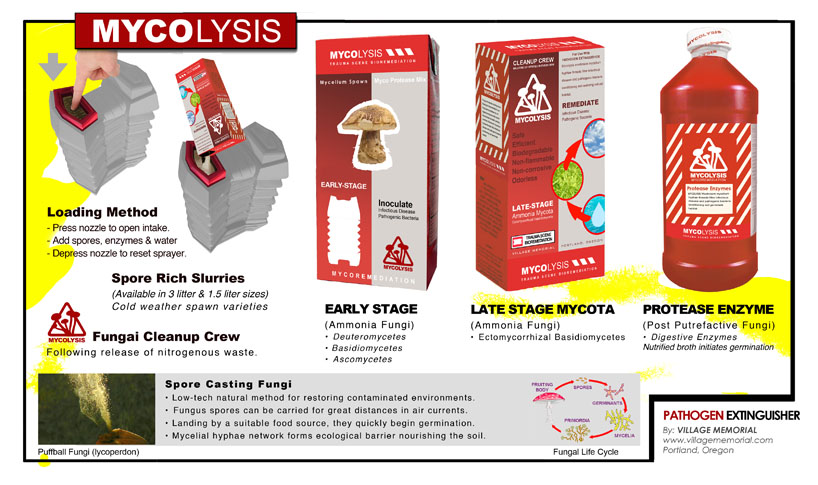 PROBLEM
In large-scale disasters, the sanitizing and remediation of trauma sites is vital to public health. Recent death toll numbers show the need for mass casualty response gear to protect the public from biological hazards and terrorism.

Natural biological decomposition may expose people and animals to pathogenic bacteria. Failure to immediately remove or treat dangerous materials such as blood, bodily fluids, skin tissues and waste, can have very serious consequences. Bodily fluids potentially harbor disease and infections can go undetected for weeks or more before symptoms appear.

Tuberculosis and Hepatitis are two infectious diseases that can exist on the dead for an extended period. Hepatitis can remain virulent in dried blood up to 7 days. It can cause life-long infection, resulting in scarring of the liver, liver failure, and liver cancer. All bodily fluids can transmit the Hepatitis virus, but symptoms may not appear for up to 20 years after exposure. Drug-resistant tuberculosis cases have become more frequent, killing slowly over months or years. Tuberculosis can survive in dry conditions for weeks, even when exposed to mild disinfectants.

In flood disasters, deceased victims are often submerged for several days. Seeping body fluids and tissue byproducts rise to the surface and gather upon nearby banks. Floodwaters spread these materials throughout the flood zone, endangering humans, pets and livestock.

After Hurricane Katrina, disaster response teams were deployed to collect human remains for identification. While searching for disaster victims, emergency response teams are often exposed to zoonotic diseases. They may encounter rats, sick pets, dead livestock, wildlife carcasses, and waste. Infections can be transmitted by contact with blood, bodily fluids, and waste products through direct contact, ingestion, or inhalation.

Thousands of insects feed on decaying flesh, including flies, ticks, mosquitoes and fleas. Over 200 zoonotic diseases are recognized. Some have an immediate detrimental effect on both humans and other animals, while others can be carried asymptomatically for a period and later cause deadly illness.

Current environmental cleaning techniques are labor-intensive, often involving repeated applications of chemical biocides or of fertilizers followed by repeated tilling. Many are dangerous, especially when they leech into groundwater.

We developed a sprayer for eco-friendly decontamination, without adding corrosives or harsh chemicals to the environment. Our Mycolysis Pathogen Extinguisher is a progressive, ecologically sound, efficient approach to mitigation of emerging contagion. It applies mushroom spores (mycelium) and natural protease enzymes, to filter and consume contaminants in soil and water. These non-harmful microorganisms and substances break down proteins and quickly neutralize bacteria and viruses. They counteract dangerous microbes such as hepatitis viruses and tuberculosis bacteria. Fungi attract and destroy insects such as mosquitoes, which carry pathogens. The pathogens are digested by the fungi or are blocked from reproducing. Fungal treatments work in almost any habitat and season. Mycelia eventually become food for wildlife, or decompose back into the earth.