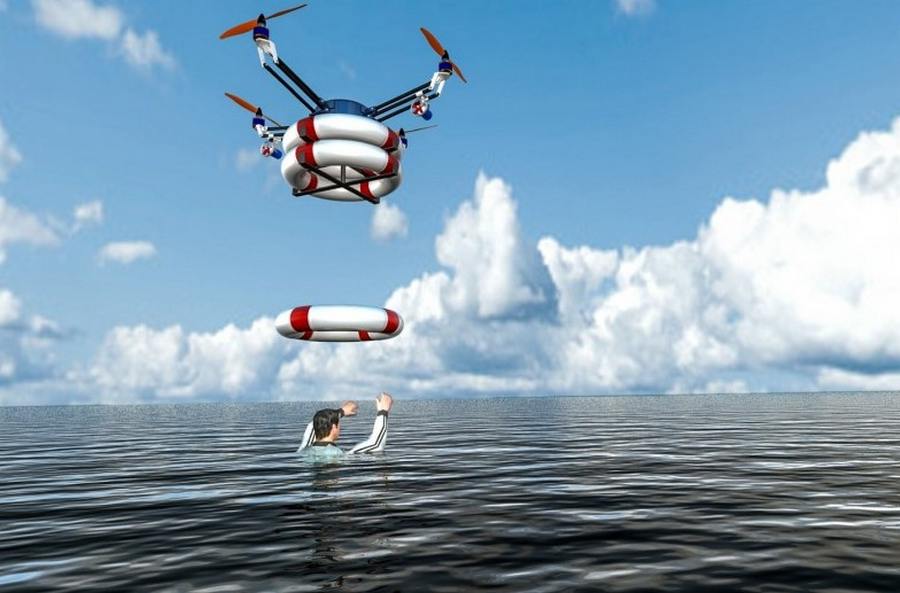 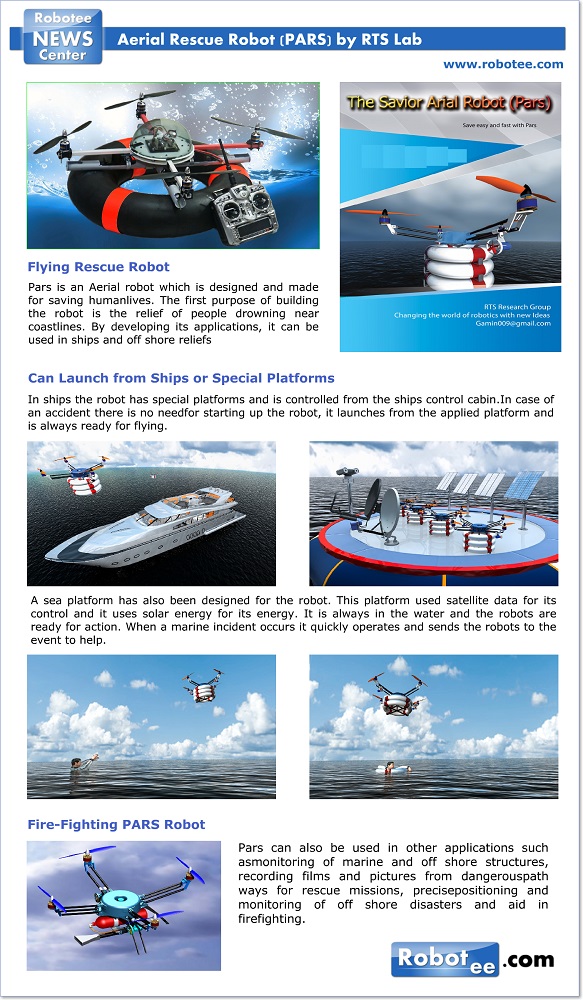 Pars is an Aerial robot which is designed and made for saving human
lives. The first purpose of building the robot is the relief of people
drowning near coastlines. By developing its applications, it can be
used in ships and off shore reliefs. It can also be used in other
applications such as monitoring of marine and off shore structures,
recording films and pictures from dangerous path ways for rescue
missions, precise positioning and monitoring of off shore disasters
and aid in firefighting.

The designed robot uses new technologies for guidance and navigation.
Some of the technologies used are artificial intelligence, sound and
image processing, autopilot search and rescue and a wide combination
of sensor technologies. The robot is very simple and also very
applicable and can play a significant role in saving the injured
people.

The Savior Aerial robot is designed in a way that it can quickly move
towards drowning people by user guidance and activates its savior
system. This system releases life tubes for the drowning ones.
Considering that many people drown all over the world every year, this
robot can decrease the duration of rescue operations and save more
lives.

Applied Innovations in This Method:
1- The robot has the Ability to save more than one life simultaneously
at a mission; for an example, if several people were sinking
simultaneously  at the coast, this robot could send life tubes to each
one very quickly.
2- The robot is waterproof and it can land on the sea surface. When
the robot faces an accident or in low battery situations it lands on
sea, to not see more damage or sink.
3- So far 3 pads have been considered for the robot that gives it the
ability to save 3 lives in one operation; by using chemical materials
the pads can be increased to more than 15 in number.
4- The robot uses artificial intelligence for accurate analysis of the
condition it’s in.
5- The robot is designed with a FLIR heating camera for recognizing
the injured ones at night and also uses LED lightening to be
recognized at  night and activates its intelligence system when people
shout for help.
6- It is simply installed and applied in different parts related to
marine issues, from coastline to installation in the ships and oil
platforms.
7- The robot can track its path by GPS positioning and at the end of
its mission it can come back home without the need of user guidance.
After returning, it lands on its platform and starts charging its
batteries.