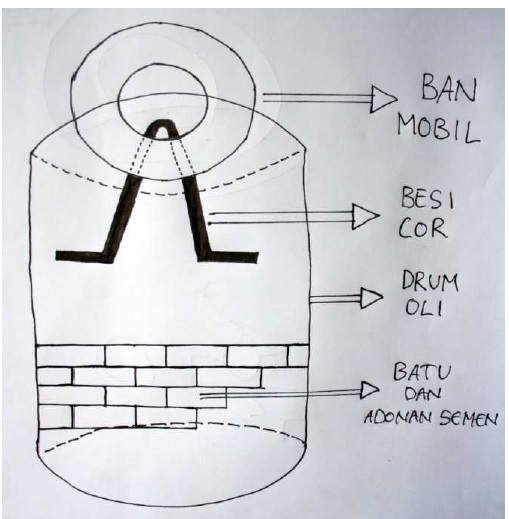 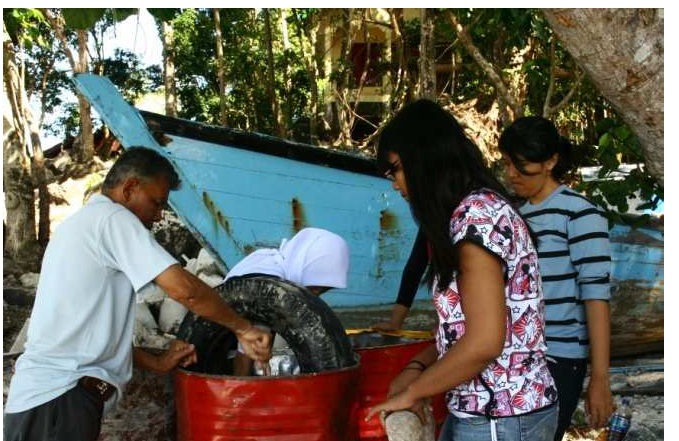 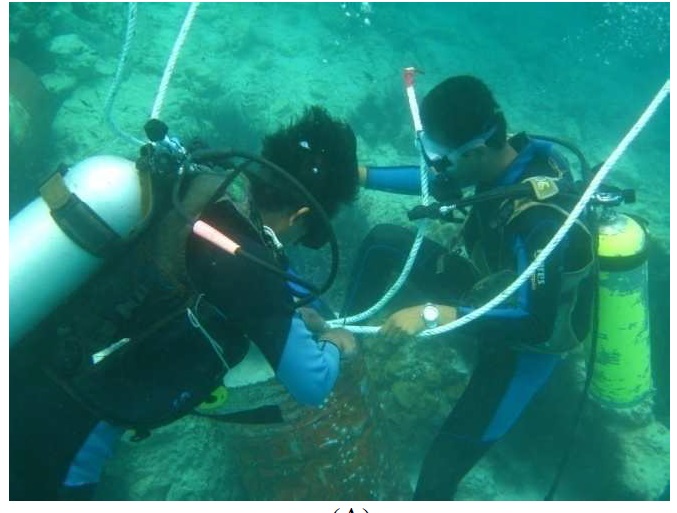 Coral reefs are complex ecosystems and have very high diversity found in shallow marine waters in the tropics. They are composed of biological activity that is deposit CaCO3 which is produced by the Phylum Cnidaria, Class Anthozoa, and the Order Scleractinia. The presence of coral reefs affected by environmental stresses such as natural disasters, sedimentation from the watershed, collection of coral reefs, reef fish bombing, and the activities of the fishermen who moor their boats on the coral reefs.

How it Works
Mooring buoy moored at a certain point by using a concrete in the form of concrete drum, the ballast is connected to a float by using a rope. The making of mooring buoys, a factor that must be considered is the difference in height of the tidal sea water and sea water currents. The length of rope used to adjust the tides. While the mass of concrete must adjust the flow of sea water. Two concrete mooring / point for medium ship and 3-4 for big ship

Operational
Stages to make a mooring buoy is 1). Created prototype buoy. 2). Drums filled with cement which is mixed with gravel; the drum center that will be filled with cement molds made of wood so that there is a vertical hole to tie ropes or by placing an iron that is bent into the concrete 3). Conducted trials to drum that have been casted using pontoon boat, pulled by a boat and placed in the waters; 4). Mooring lowered slowly into the water; 5). Tied rope to a mooring. The long of rope is measured in accordance with the depth of tidal; 6). Buoys is attached at the end of
the rope.