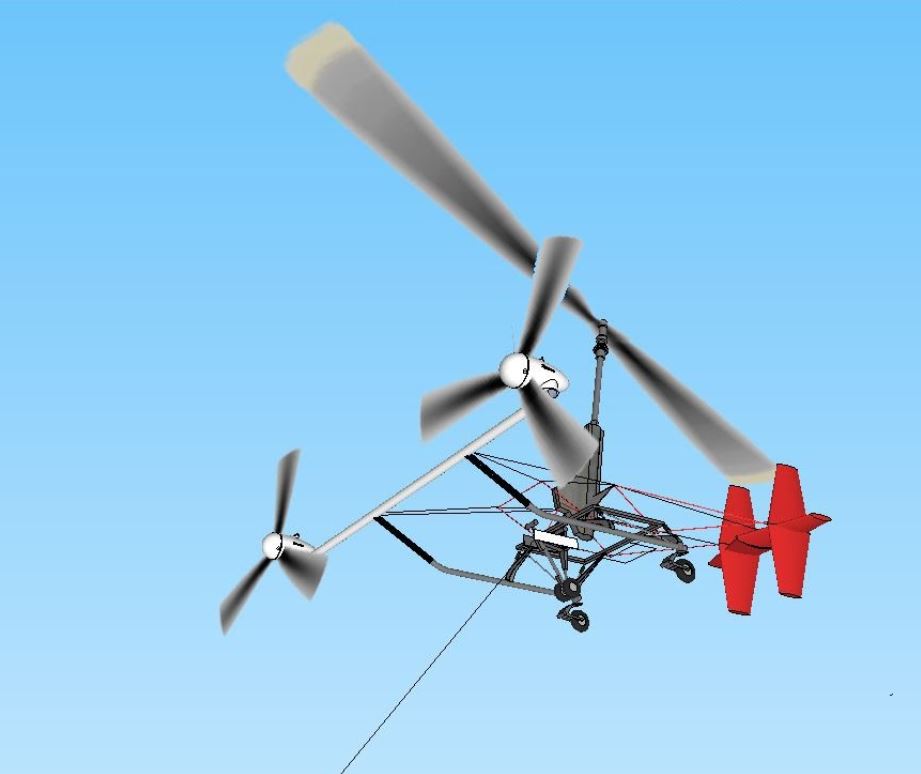 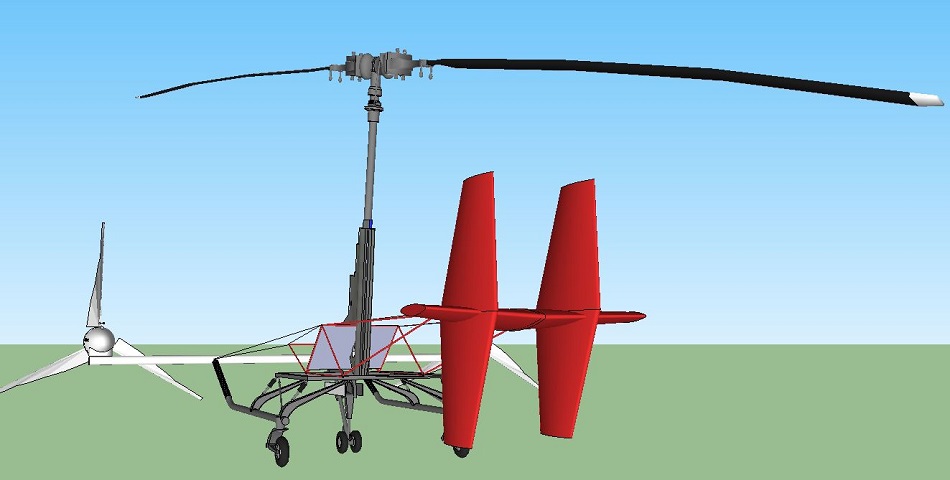 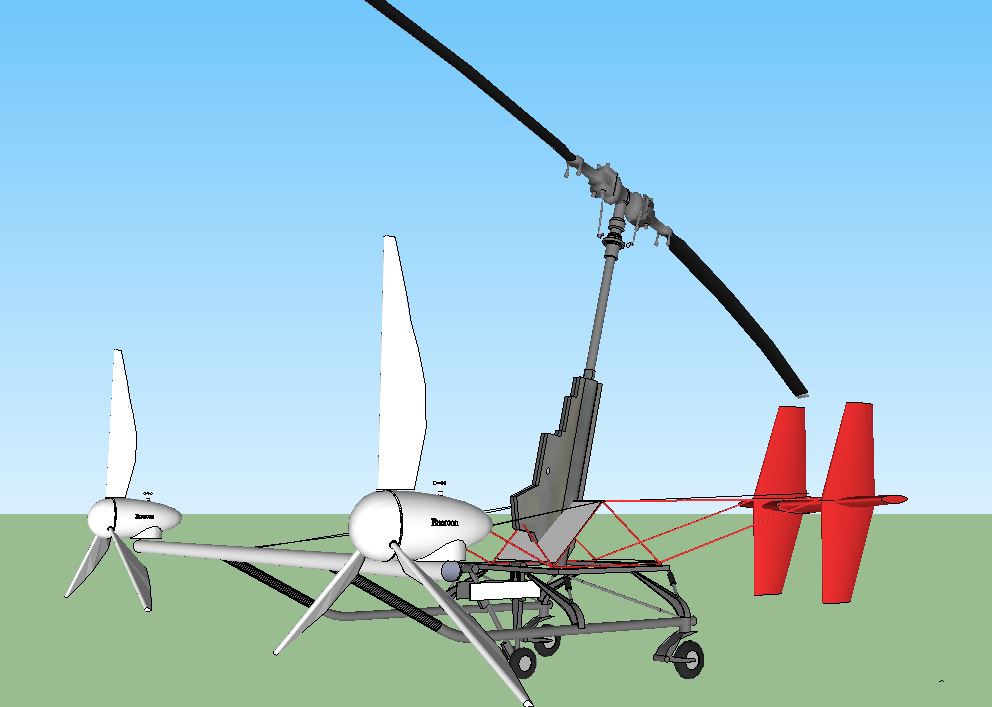 I propose to airlift two small wind turbines to a height (550 meters) utilizing a towed auto-gyro and keep it aloft by means of a tether to the ground. Because the wind is both consistent and steady at altitudes above 500 meters, both the auto-gyro and the generator will remain aloft indefinitely. The proposed configuration will operate at 100% power factor and will have a productivity 40 to 60 percent higher, and an acquisition cost of substantially less than ground based installations.

The auto-gyro is a simple and inexpensive mechanism capable of lifting objects weighing up to twenty tons. Within the envelope of the auto-gyro lifting capacity, wind turbines with ratings up to 15 Mega Watts may be airlifted. Should the construction of the prototype and testing prove successful, the cost of acquisition and generation of wind power will further be reduced through the alleviation of both the foundation and the supporting pole and the lack of the need for strategic placement of wind turbines which is in mostly inaccessible windy corridors where the geography of the area provides for semi-consistent wind.

A 5.5 kW prototype aerial generator is proposed. The mechanism will weigh nearly 350 kg. It will be capable of being launched in tow in less than 100 meters, and it will gain working altitude within 5 minutes of launch and will operate at 100% of it rated capacity while aloft.
The combination Autogiro and Wind Turbine has never been tested together. Should the testing prove successful it will espouse many new industries ranging from simple inexpensive grid nergy production to large scale water treatment and water desalination or large scale affordable production of hydrogen as alternative fuel due to both reduced acquisition cost of and also due its higher productivity. It is an attractive alternative to wind turbines due to rapid deployment, more affordable acquisition cost and higher production, also because the installation is independent of the choice of location for harvesting the wind’s power.

The elimination of the wind turbine’s supporting foundation and pole will substantially bring down the cost of both ownership and operation of wind turbines. The affordability and high productivity will create a demand in areas that the geographic conditions are not conducive to availability of constant wind. (For example: All farming communities) where surface wind is a deterrent to farming activities, whereas large open areas over the existing farms are available for power production. Because the turbine operates at great heights its environmental impact will be minimal due to the attenuation of its sound and the fact that there are no birds at this height. Because the cost of ownership of wind turbine will be reduced substantially a number of farming communities may choose to install aerial turbines in their farms for additional income which results in a higher tax base for rural counties.