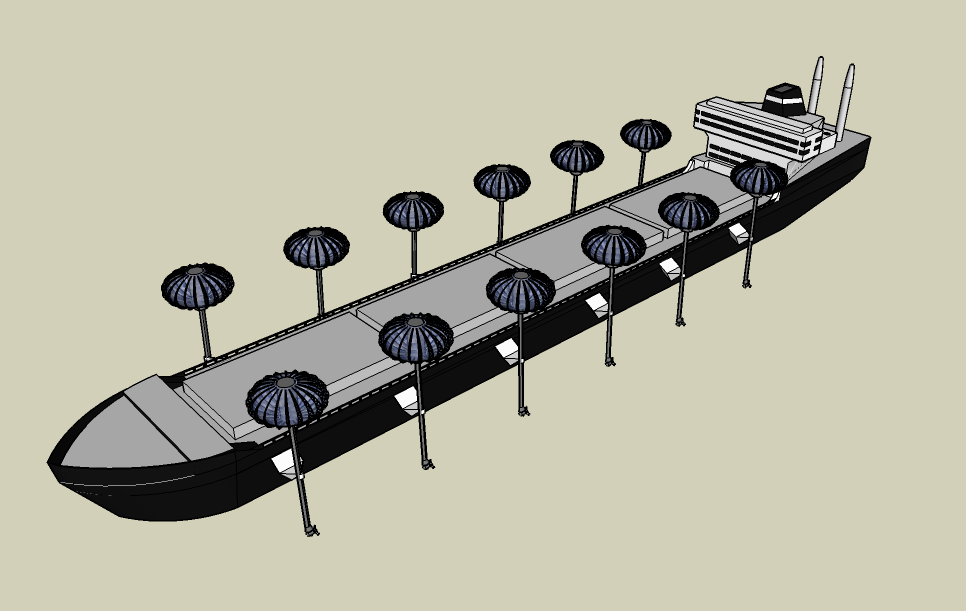 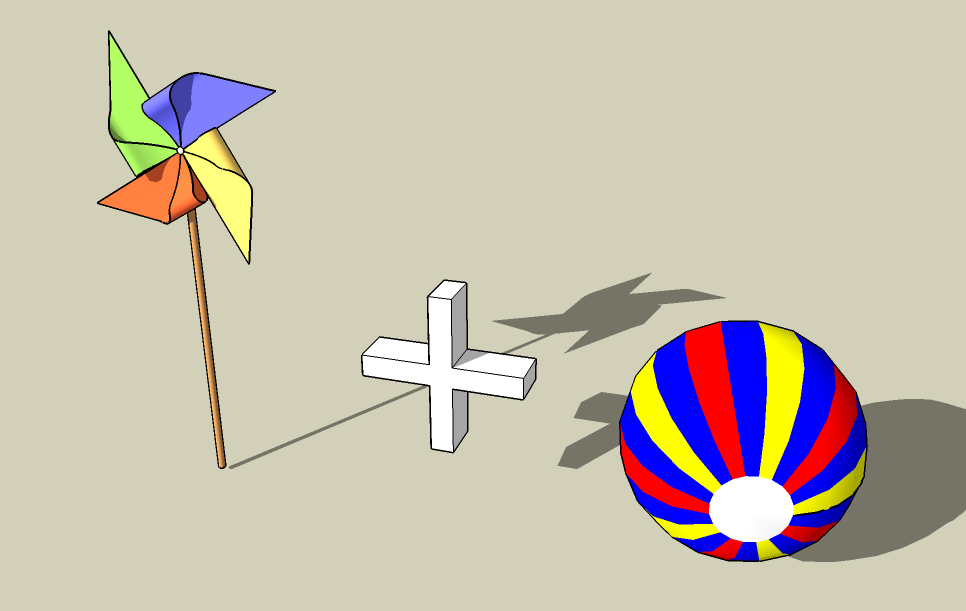 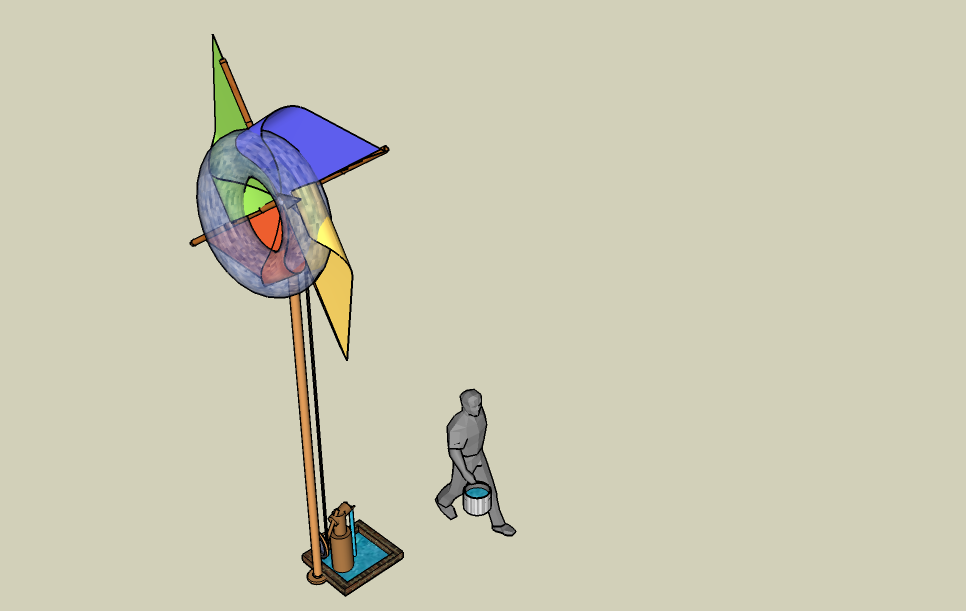 The inflatable-rotor windmill was initially conceived as a combination of the child’s toy pinwheel with an inflated lightweight sphere such as a beach ball. The sphere performs two main functions: as support for the pinwheel's blades or sails, and as a wind augmenter, to divert and accelerate air into the rotor. Both horizontal and vertical axis configuration can be made.

A wide variety of modifications can be envisioned, and the devices can also be scaled up quite a lot. The sphere shape can be modified to a torus, and in undeveloped regions, local materials such as bamboo and cloth used to produce a water-pumping windmill. The inflated spherical rotor can be mounted on a tall pole, and extended vertically or flattened as needed.

Another modification uses a hemisphere on a rigid disk, with power takeoff by belt or roller, allowing the heavy generating machinery to be mounted directly on the ground.
Passive wind-augmenting five-pointed stars concentrate wind energy through an acute angle from any direction, and can be inflated or constructed from sodded earth, municipal landfills or waste industrial materials such as gypsum.

Ocean or other ship transport can be made more economical with attached inflatable windmills driving propellers underwater. These "outboard motors" can also find use on pleasure craft, lifeboats, and other portable applications. Instead of the craft having to lean like a conventional sailboat, the rotating "sails" will take the boat in any direction, although the most efficient method will probably still involve tacking.

Inflation can be achieved through sealed airtight materials, or provided with a self-powered auxiliary air pump. Excess wind speeds can be accommodated by an automatic deflation mechanism.

All of these inflated rotors are extremely friendly to flying animals, since they are made of much softer materials, are more visible and have much slower tip speeds compared to large metal aerogenerators.