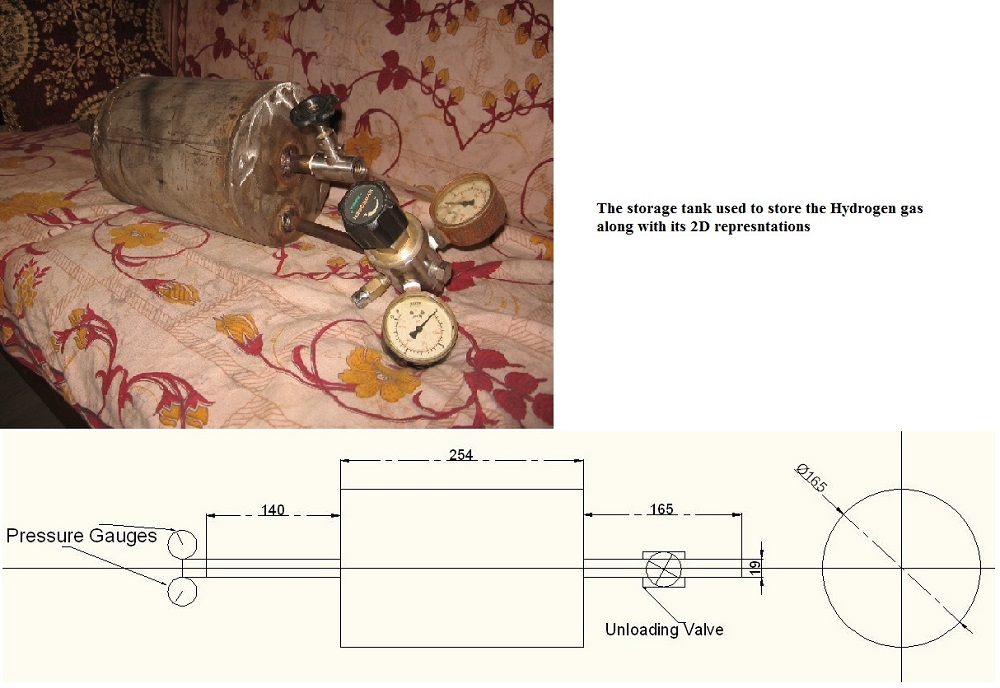 Hydrogen plays a major role in future fuel needs. There is not much difference between an Internal Combustion Engine (ICE) that runs on hydrogen, compared to an ICE that runs on petrol/gasoline in terms of functioning. The main advantages would be better efficiency and low emission levels, provided, we have the right fuel storage system and an improved cooling system (to counter the additional heat produced when compared to gasoline).

Hydrogen as a fuel in internal combustion engines is a solution for the near future, to realize zero Carbon foot print due to traffic applications. The storage and production of hydrogen, and to build the necessary infrastructure, are the shortcomings in the general use of hydrogen in IC engines.

The storage of pressurized hydrogen in a cylinder, within the automobile, is considered to be dangerous, especially if the automobile meets with an accident. This problem also can be tackled if the production of hydrogen takes place in the automobile itself, wherein the volume of hydrogen being stored in cylinder is minimal and far from any explosion or hazard.

In this live project, an attempt has been made to show the feasibility of using Hydrogen as an alternative fuel in an automobile (IC Engine). The desired system is planned in such a way that the production of hydrogen (in real) occurs within the automobile itself. The production of hydrogen can be done by various means, depending on the ease of production and a lower risk factor. Here, for the demonstration purpose, Calcium and Water is used to produce Hydrogen gas [Ca(s) + 2H2O(l) ——> Ca(OH)2(aq) + H2(g)], which is one of the basic methods.

Once the Hydrogen gas is obtained, it is stored in a ‘storage tank’ (suitably built, requiring it to handle the pressure and maintain the same appropriately using a safety valve and also an emergency evacuation valve), having a low capacity (based on the requirement of fuel). A small amount of gas is stored in order to reduce the damage that could be caused, in case of an untowardly incident. The hydrogen gas can be pressurized using an external compressor before igniting, if required.

Further, Ethanol or Liquefied Petroleum Gas (LPG) may be used in ignition or start of the engine along with the process of producing hydrogen. Once the process is established, this fuel is cut-off and Hydrogen gas can be used as an alternative fuel for an automobile, similar to gasoline either by using secure valves or fuel injectors. Additional usage of oxidizers is optional, to sustain the combustion process. The percentage of efficiency obtained for the engine, when run on gasoline/petrol and hydrogen gas, are close by.

Save the Environment.
Give ‘Green’ a chance!