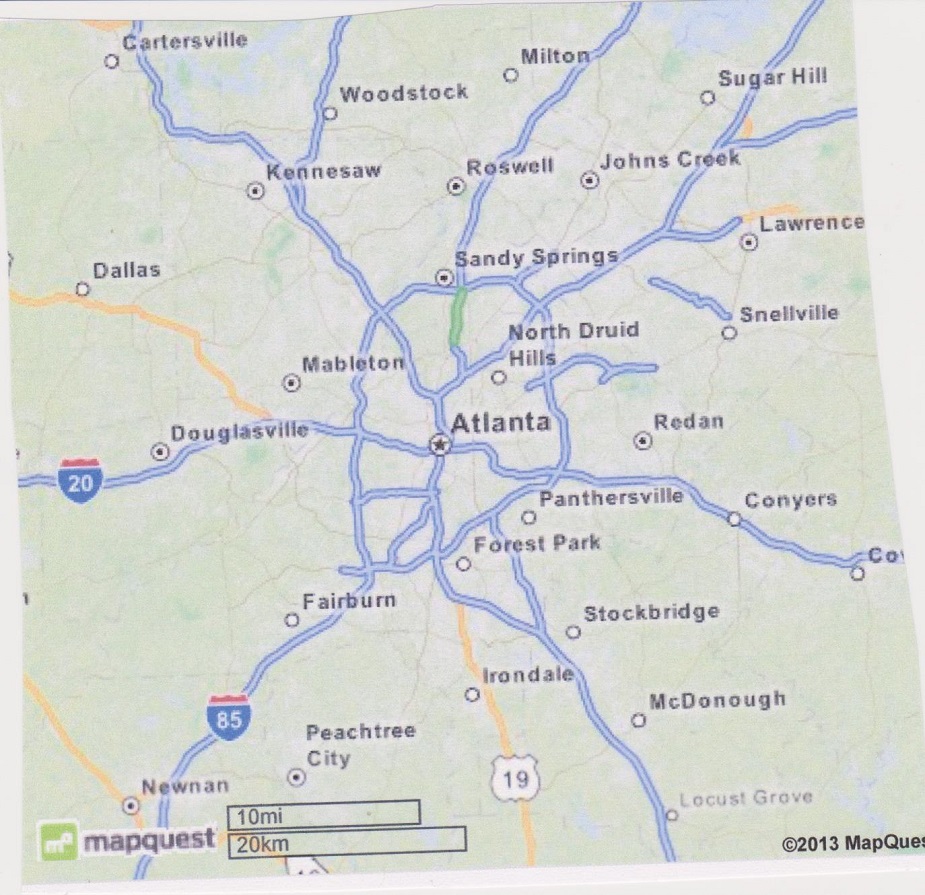 This is basic design proposal for a mass transportation commuter system for Atlanta (or similar geography) which is based on present technology to include the electric automobile. Presently, reverse lanes are being proposed along the I-75/I-575 corridor to solve the commuter congestion problem. The same route could be used to build two narrow lanes designed exclusively for commuter vehicles (including hybrids) with weight/space limits. Vehicle weight and space limitations allow smaller, lighter, lanes to be constructed using new concrete beam and slab manufacturing technology; the track parts are transported to the site and assembled onsite. Power is provided to the electric vehicle, eliminating the battery range problem.
Guidance and control of the vehicle would be by a computer communication system located within the track design to avoid RFI problems and increase reliability. Vehicle interface with the track should be capable of being overridden by the vehicle sensing system if a collision is eminent. The technology for driverless guidance is already far into development and this part of the system interface need only be specified in general terms for all the automobile manufacturers to fit their design to the system.

Fast commuter travel lies in high constant speed. System routes should be limited to high density traffic corridors which are now interstate routes and limiting access to the system about 5 miles outside the I-285 Loop. As the system is developed, access to satellite business centers can be added. The track speed should be held constant and entry and exit accomplished in buffers. Every vehicle would be mapped to its destination (Parking space or street entry) at registration into the system. The outbound side could be similar to the toll road exit systems which already exist, or exit into the interstate system at a remote location. In order to handle the peak traffic loads, which could be as much as 5 times the regular interstate lane volume, and be traveling about 70 mph on the track, buffers would have to be used to get vehicles off track.

The benefits of this transportation design are enormous:
1. Relief of congestion on the interstate system for years to come; terrific cost savings.
2. Flexibility, where the commuters could go and come, whenever they pleased.
3. Safe, where the possibility of a collision is eliminated by the restricted track.
4. Economical, where the cost of travel is either reduced or the journey conditions improved
5. Environmentally improved where the breathing problems are reduced because of fewer emissions. Health costs would go down and absence from the job reduced.
6. Vehicles not powered by foreign oil.
7. Construction costs to build the system reduced to an affordable level
8. Short commuter times in metro areas, say less than 35 minutes for the present radius of commuters in Atlanta.
9. While everyone pays for construction, the commuter pays the costs of transportation.
10. Less lost time from being late to work; more home time.