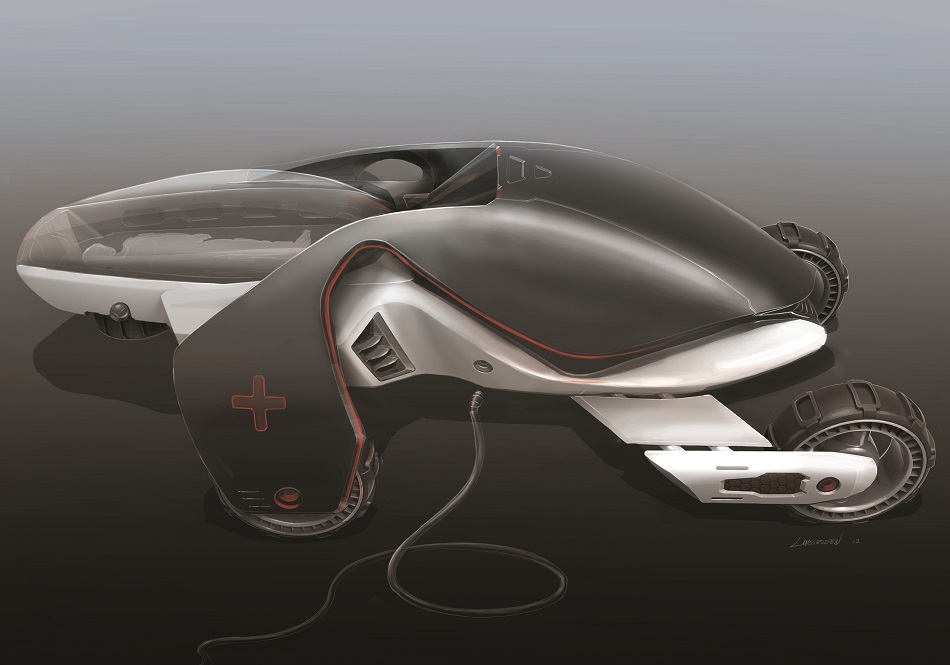 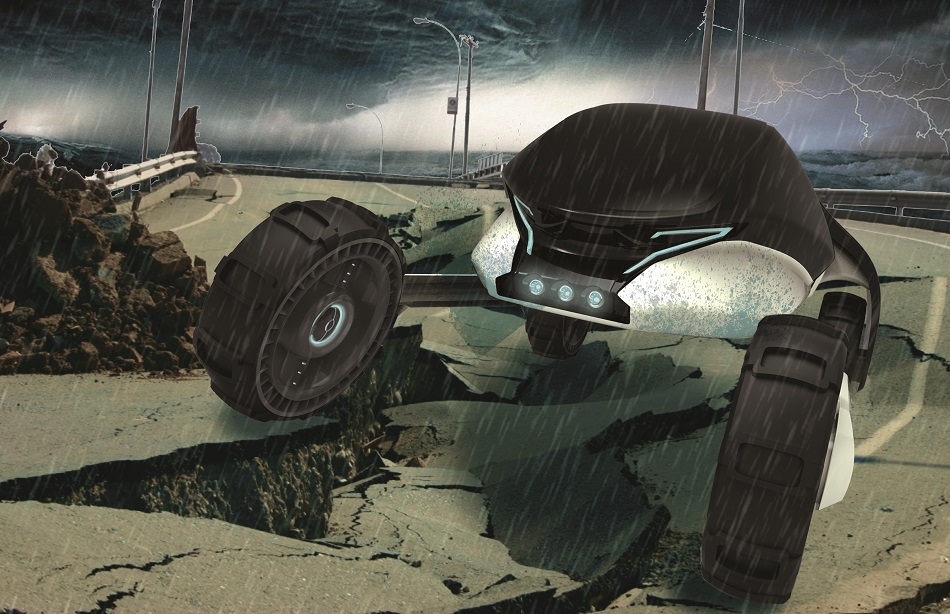 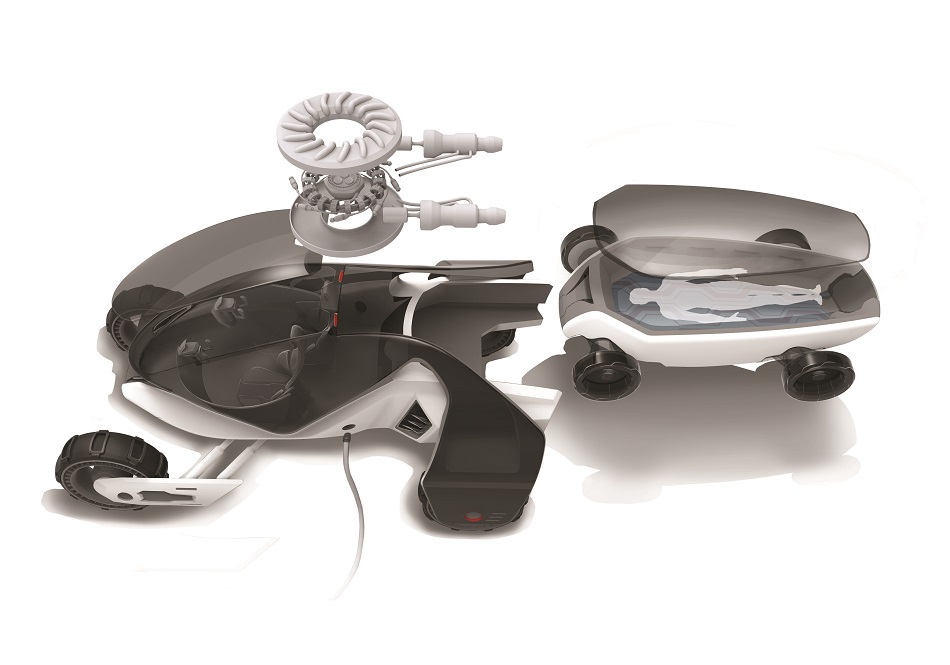 The goal of my design is to explore the use of the latest technologies in both clean energy and advanced materials to create a future concept which can effectively demonstrate the use of said technologies. I chose to use the element Thorium as the main fuel source in my concept, due to its super high energy density, (1 gram of thorium produces the equivalent of 7,500 gallons of gasoline), so eight grams of the stuff could be enough to power a vehicle for somewhere around 300,000 miles of driving. The system would work by combining a laser to trigger the nuclear reaction in the Thorium via a process called spallation; this in turn would produce heat, which would produce steam in a closed-loop micro-turbine system. Thorium is mildly radioactive, and a thin sheet of Aluminum foil is enough to provide adequate shielding from the radioactivity. Also the element cannot be weaponized, so there’s no worries about people taking apart there vehicles to make WMD’s, and there is enough of the element in North America (440,000 tons alone in the U.S) to Provide the United Stated with power for the next 1000 years.

The concept itself is a search and Rescue vehicle, which would search for survivors, transport injured personnel, haul humanitarian supplies, as well as be a mobile power source. The main mode of transportation used in many search and rescue operations include the Helicopter, due to its versatility in the ability to take off and land in very remote areas often with rough terrain. The downside is that they have a limited range of about 200 miles, and are horribly inefficient (getting approximately 1-2 miles per gallon.)

The vehicle would have a bed in the back which would be modular in function. The beds could be swapped out like pods depending on what situation is best suited for them. One bed design is to have the bottom lined with telescoping plastic rods coated in a foam rubber material which depress and conform to whatever cargo would be put in the bed. This would allow a speedy way to have cargo “locked in” without having to waist precious minutes tying off retention straps to make sure the cargo doesn’t go flying out of the truck bed. Another truck bed would be a medical pod, which would have all of the features of the modern Ambulance shrunk down into a self-contained plastic pod. It would provide emergency medical care for a wide variety of injuries, by having small robotic arms controlled remotely by the medic sitting in the passenger side of the vehicle.

The main inspiration is heavily driven from biology and Science Fiction. I wanted to create something that is as interesting, refreshing, and unnaturally beautiful as a new species of animal that had never been seen before, but has survived for millennia.