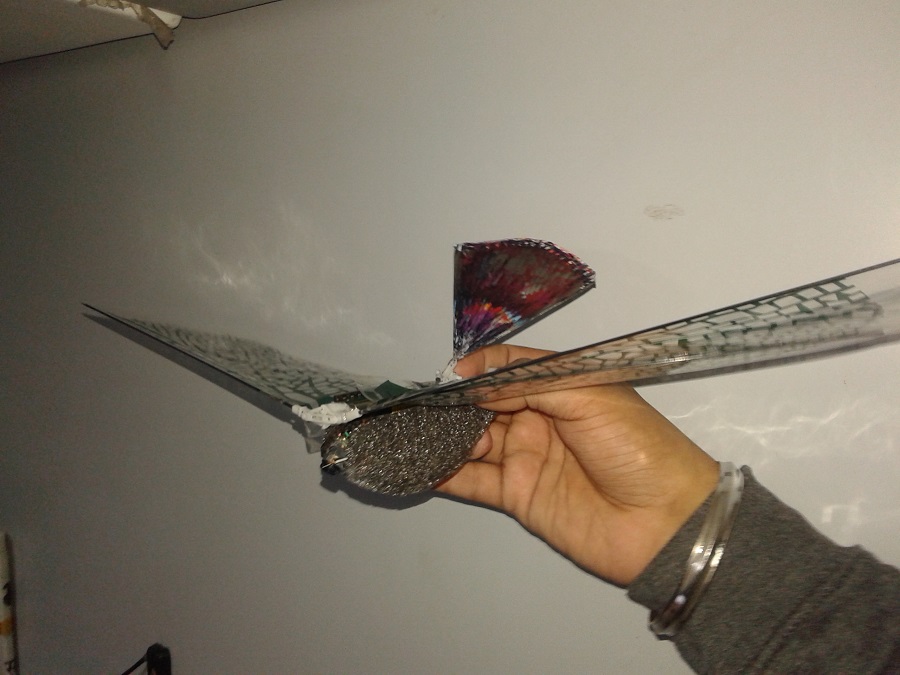 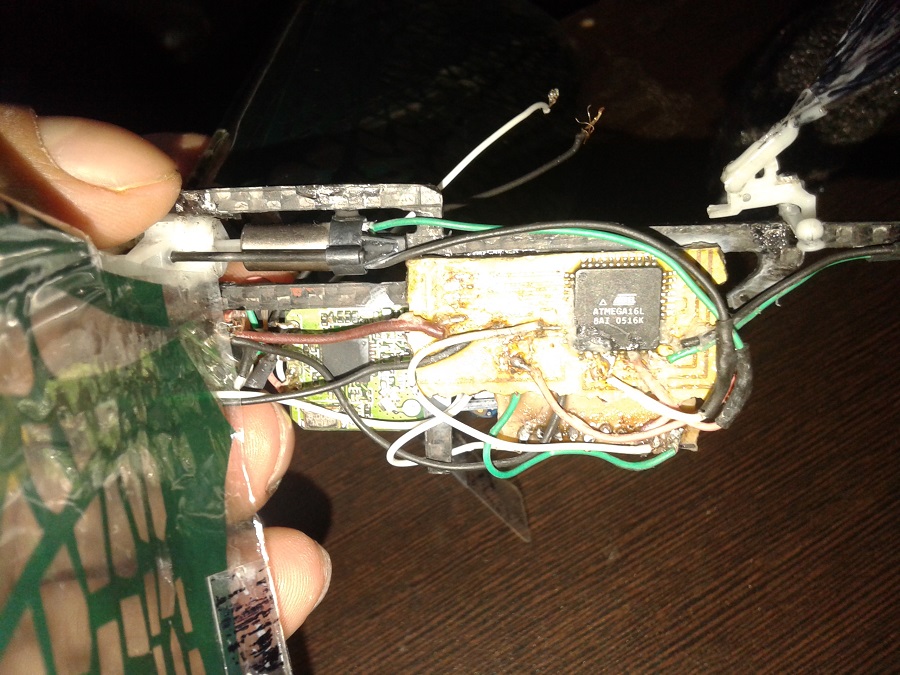 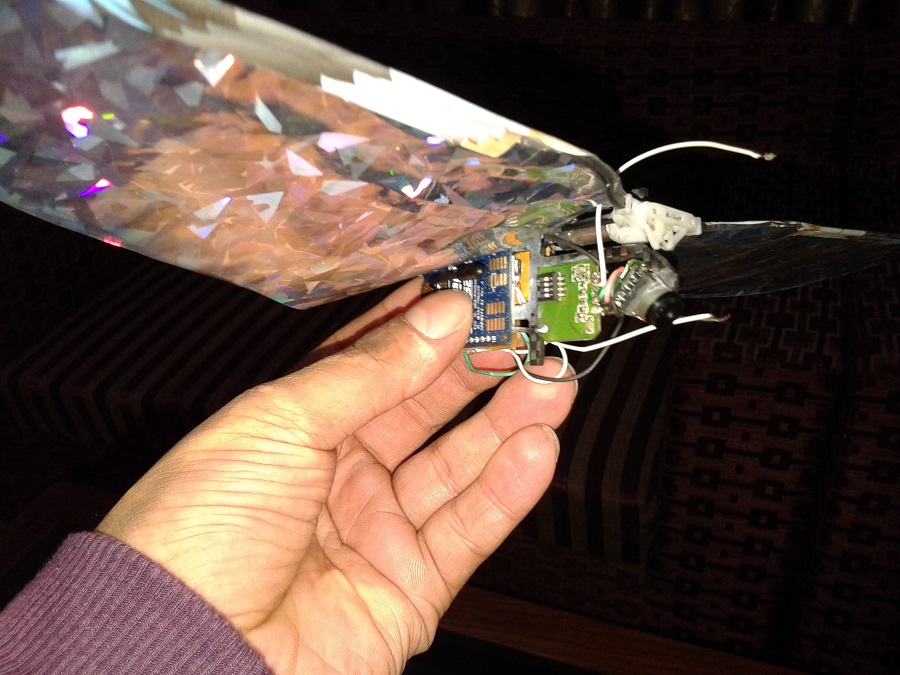 An Unmanned Aerial Vehicle (UAV), colloquially known as a drone, is an aircraft without a human pilot on board having flight controlled either autonomously by computers in the vehicle, or under the remote control of a pilot on the ground or in another vehicle. A Micro Air Vehicle (MAV) is a class of UAV that has a size restriction with their largest dimension not exceeding 300mm.These vehicles are meant to address a large number of civilian and military applications including search and rescue, disaster management, traffic monitoring and management, remote sensing, terrain mapping, etc.

This project presents the design and development of a Flapping Wing Micro Air Vehicle Having Tendency of Gliding and Hovering. The idea is to implement the advantages of fixed wing and rotary wing MAVs in a flapping MAV to attain an optimized dynamic flying capability for different conditions. The gliding capability of fixed wing when implanted can provide an extended flight time at high altitude while consuming minimum energy from power source. The hovering capability of a rotary wing when implemented can provide a stable and precise surveillance capability.

The design of MAV named as Falcon, is a 20.0 gram ornithopter. It is inspired by nature and came into picture through bio-mimicry. The study of flapping flight from an experimental standpoint brought insight into the lift-generating mechanisms produced during flapping. Beside the hybrid flying mechanism, Falcon MAV also have the capability of bomb dropping and surveillance through modern sensing capabilities. It consist of a micro camera as the design is based on FPV. The system uses a microprocessor, a trans-receiver and other essential circuit elements for controlling the system through computer on the ground control centre.

The mechanism uses gear train of pinion gear to achieve desired rpm and thus the flapping frequency. A BLDC motor of dia 6mm and length 15mm weigh only 1.7 grams is used which provide up to 50000 rpm. To get flapping frequency in the range of 20 to 50 Hz, a gear train is used. The module of the gear is 0.3. The gears are made of polyacetal. The given mechanism provides required flapping frequency by converting the rotary motion to reciprocating on wings. The direction control of the MAV is governed by the magnetic actuated tail from Miniact.

Chemical sensor and smoke sensor are mounted on the bird to sense specific type of chemicals and smoke traces. Since the MAV is at a faraway, camera of 5.8 GHz with inbuilt microphone is present for FPV communication. The entire electronic system is controlled by Atmel’s AtMega 16L microcontroller which has inbuilt PWM ports thus reducing the need of using motor controlling IC which reduces the weight of the system.

The entire system is controlled by X-Bee Pro wireless module which provides a range of approximate 1600 Meter. To meet the power consumption of the electronic system on MAV LiPo batteries are used as they have a long life and better power to mass ratio.