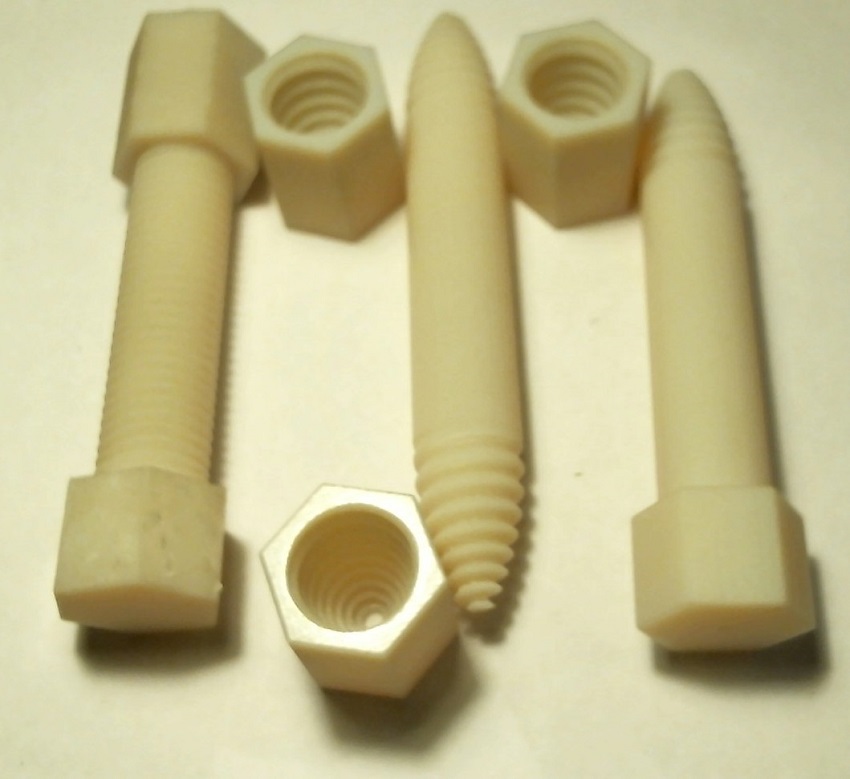 The wave thread was developed to evenly distribute stress in nut/bolt connections. In the process it was made 16-20% stronger. This is because it is a threaded bullet shape and the stress is linear form the end of the bolt, not from the sides in a cylindrical bolts.

Threaded connections are everywhere; the properties of the wave thread will first be commercially applied to nuts and bolts. My software has engineer over 800 models; the output STL files have had over 100 3D printed; Over 60 Finite Element Analysis and one destructive test that pulled the heads of the bolts off at 16% over the failure of the UNC 7/8 bolt. The wave shaft with a nut each end is expected to be over 20% stronger.

The wave thread has total surface contact so its other properties that have to be developed are inherent seal, no corrosion can get in; conduct heat efficiently; transmit vibration instead of absorbing it; and it can not be over tighten, the next threshold is to break the bolt.

Currently STL make 3D and additive mfg parts. Under development is to automatically generate gcode for CNC milling. There are plans for a custom machine that can machine these in one pass. The wave threaded nuts and bolts will cost 2 or 3 times more.

The wave thread is a fixed clamp length so this is a precision fastener. That may limit in to 1% or 2% of the market where precision is common place. Aerospace is one market; the collapse of bridges and windmills. Plastic parts in assemblies such as automotive; where ever more strength can used.

One of the worst things to make is something entirely new. I call it a thread because it looks like one. It is not; it is a sign wave and it is completely outside the domain of threads. It has been an uphill battle just to get people to consider my work, never mind believe it is possible. The development is in commercializing what I have.