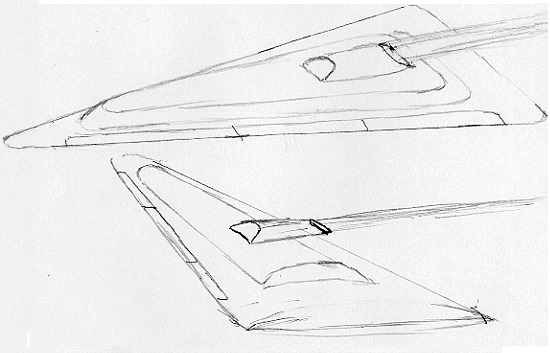 We propose a blended wing-body delta aircraft of very high length-to-width ratio equipped with an upper-or-lower-surface-mounted turbo-jet engine-and-intake-plenum module which can be rotated laterally up to 90 degrees, swiveling from a pivot-point at the wing-body’s nominal center of pressure.

In flight the vehicle turns its delta “point” to point forward, while swiveling its propulsion system to align with the delta’s centerline. Once flying as a high-length-to-width-ratio delta, we expect this craft to economically achieve supersonic and multi-mach speeds.

While this Variably Oblique Delta (VOD) method is suitable for various unmanned vehicle missions, we expect its greatest contribution to be as a span-loading sea-launched orbital transport or orbital first stage, or as a transport aircraft for rapid deployment and “factory-to-foxhole” and sky-mall transport and airdrop applications. For sea-launched orbital use, the "wing-in-ground-effect" opportunity could allow very large payloads to be launched while minimizing drag and reducing weight for the high-speed-delta mode.