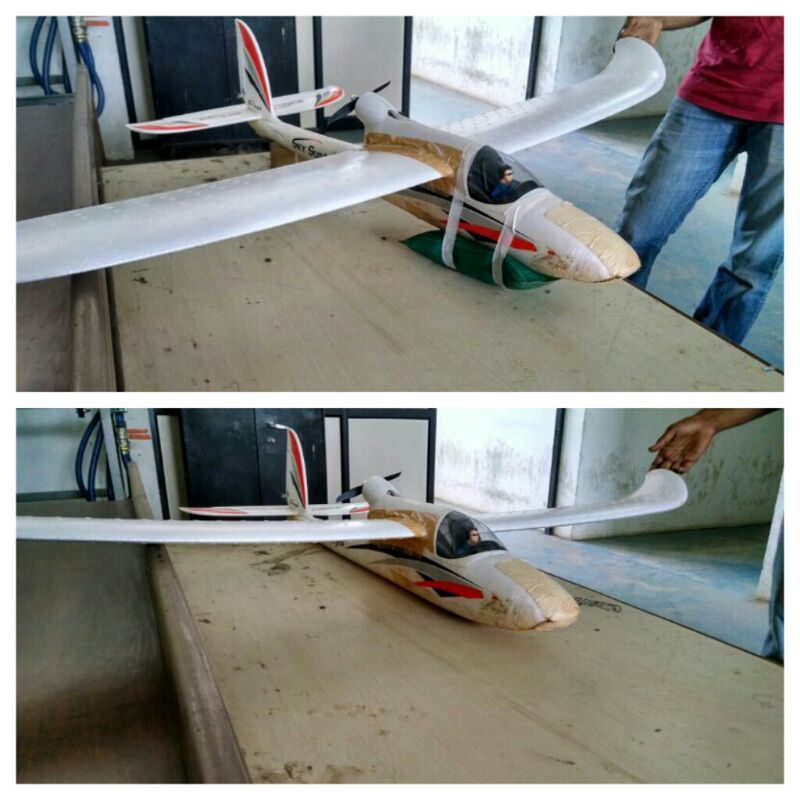 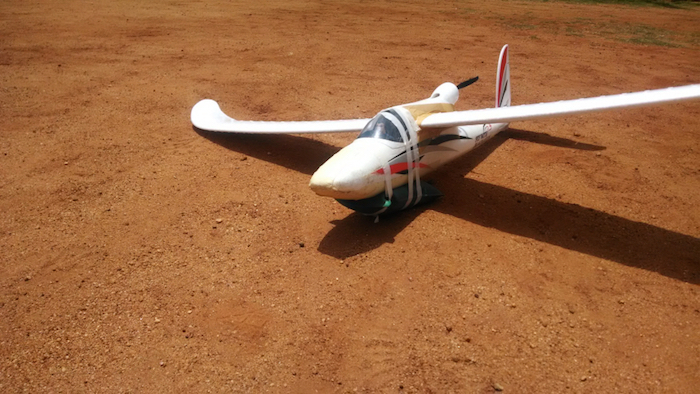 During an emergency, when a pilot has to execute a belly landing or ditching (water landing), the fuselage of the plane comes in direct contact with the surface of the Tarmac or water body. Hence there will be large loads acting on the belly of the fuselage which damages the airplane, which in turn puts the life of the passengers and the crew at risk. In most of the cases like this the fuselage of the plane gets damaged badly because of impact and wear. This takes months to get repaired and incurs loss to airliner.

It is well known that in automotive safety systems, airbag plays an effective role in terms of protecting passengers on board against an impending impact situation. Thinking along similar lines, the team has come up with the technique of landing the plane using gas inflated bags, thus eliminating or reducing the direct contact between the fuselage and runway or water surface.

In this technique, the bags are deployed on the belly of the plane which can be actuated by the pilot or can be deployed automatically to support the plane during landing. Hence fuselage of the plane will not come in contact with the runway or water surface. Normally all planes do float over water for some time but not for longer time. With the help of this technique the team expects the plane to float for longer time. The autonomous deployment can be used when the ground proximity sensor senses terrain and landing gears are not extended. So even when pilot forgets to extend the landing gear the plane can be landed safely.

Also multiple gas inflated bags can be used as and when the situation demands and appropriate bags can be deployed. Taking an example, if the main landing gear is operating properly but there is some problem with the nose gear then pilot can deploy the main landing gear and bags are deployed instead of nose gear. The location and size of the airbag depends on the shape and weight and mass distribution of the aircraft on which it is to be installed.

On deployment of bags the coefficient of drag of the aeroplane increases by 6% according to fluent simulation and weight increases by 5% on installing this technique in airplane.

It is found that Nylon 6, 6 which has been used for airbags in automobiles, may be a suitable choice material to serve the purpose. Nylon 6,6 is made of hexamethylenediamine and adipic acid, which give nylon 6,6 a total of 12 carbon atoms. Some of the characteristics of the material are listed below:

The photos and video of 3D cad model and UAV(Unmanned Aero Vehicle) prototype of the above technology are attached.