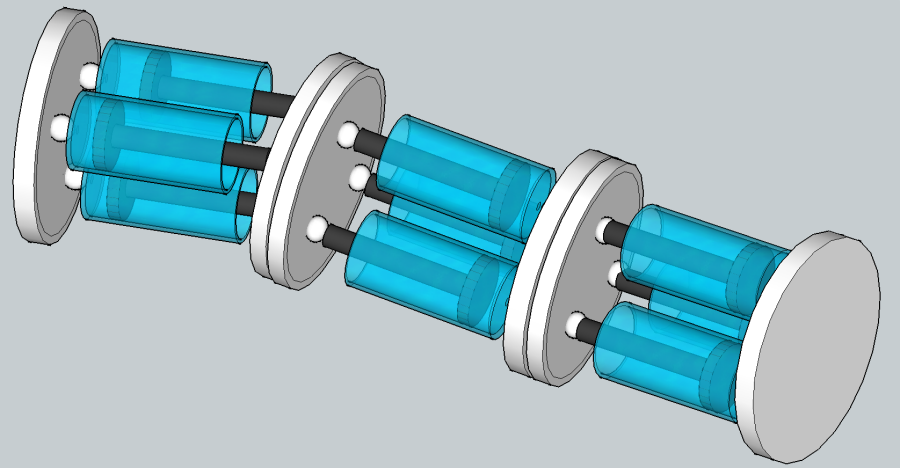 A Snake's body is very flexible to travel through challenging paths even there are complex obstacles. Snakes uses different methods to do this such as undulatory/serpentine, Side-winding, Caterpillar, Concertina locomotion.

What is Snake Hand?

Snake hand is a lengthy hydraulic robot with a controlling base station. The robot can simulate complex snake motions to travel easily through complex paths. Thee robot is constructed by integrating a number of identical units called Control Segments. The major components of a Control Segment are as follows:

The base station contains a central controller and hydraulic system to power up the robot. We can easily add or remove Control Segment to adjust the length of the robot.

The base station remains stationary and the length of a Snake Head can be configured based on its application.
Advantage over existing snake robots:

This robot can be manufactured in 3 different categories based on size and applications.