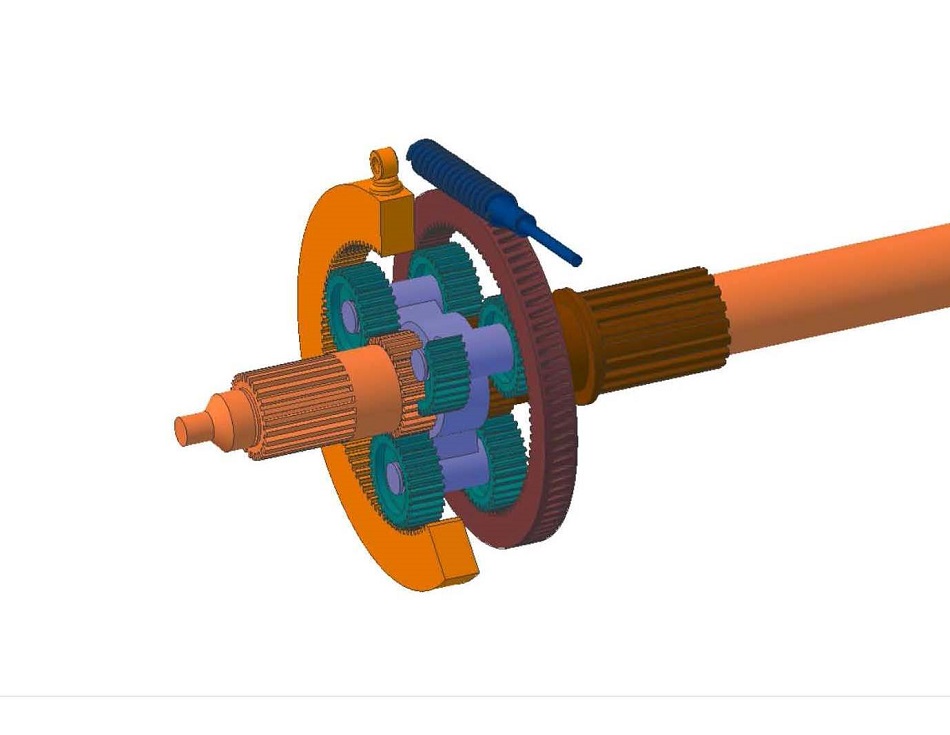 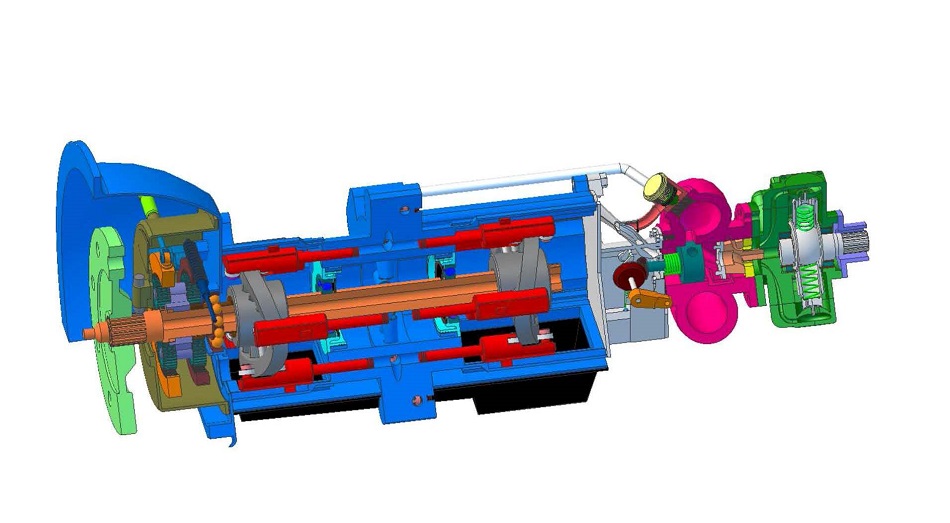 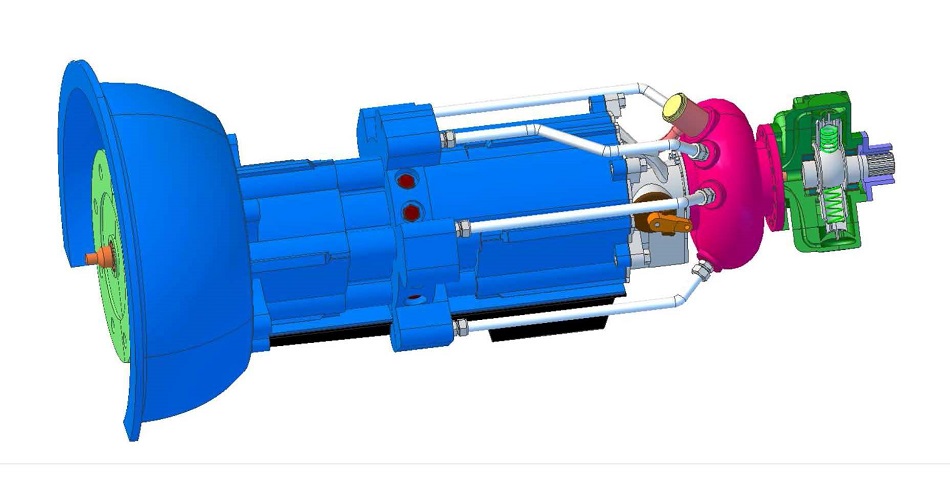 Most vehicles currently have a practical Fuel Efficiency of about 15%. In other words, of the total heat energy contained in fuel, only about 15% of it is put to use in moving the vehicle. However, the engines powering these vehicles have about 34% Fuel Efficiency when held at their most efficient Revolutions-Per-Minute (RPM). All Constant Speed or Continuously Variable Transmissions (CST or CVT) are attempts to hold the engine at its most efficient RPM. Currently available CST/CVT technologies have limited power (and torque) capability, because they primarily depend on friction pulleys for the transfer of power.

To produce the CST/CVT, the outputs of the AMT are used to drive a hydraulic pump consisting of opposed, axial pistons. As shown in Figure 2, a cutaway view of the transmission, the opposing pistons are driven by Wobble Plates that produce a sinusoidal motion of the pistons along their axis. The Wobble Plates are connected to their respective output of the AMT, so that as the AMT varies the phase relationship of the Wobble Plates, the dynamic phase relationship of the opposed pistons is also varied. When the pistons are exactly in phase, the maximum volume of hydraulic fluid exits the pump; when the pistons are 180 degrees out of phase, no hydraulic fluid will be discharged to the motor.

Coupled with a high-power Hydraulic Motor as shown in Figures 2 & 3, the assembly represents a Constant Speed, Continuously Variable Transmission that is roughly the same size as existing transmissions, and would be capable delivering over 750 horsepower from 2,000 foot-pounds of torque.

In summary, the AMT based Constant Speed/Continuously Variable Transmission provides a bolt-on replacement for existing transmissions that could double the mileage of the vehicle.