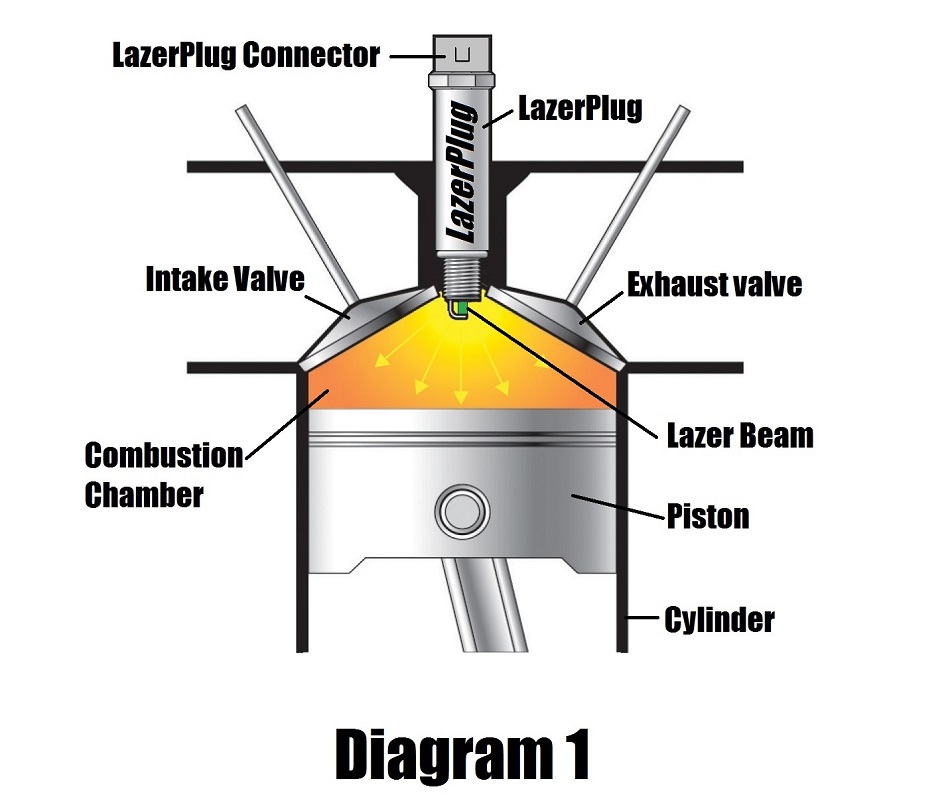 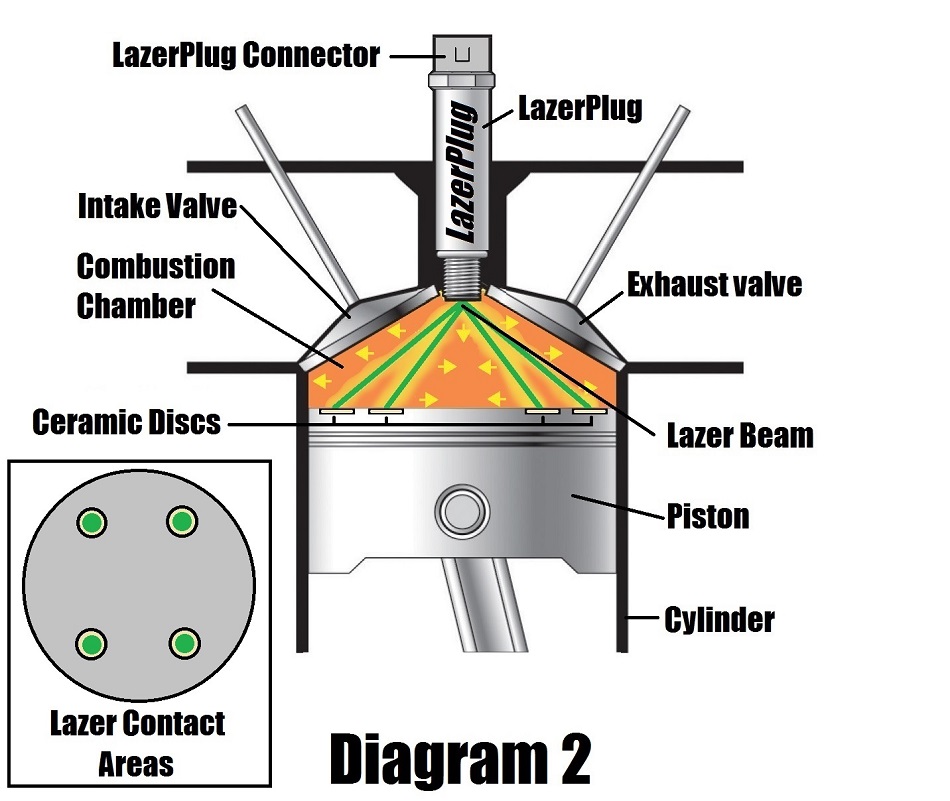 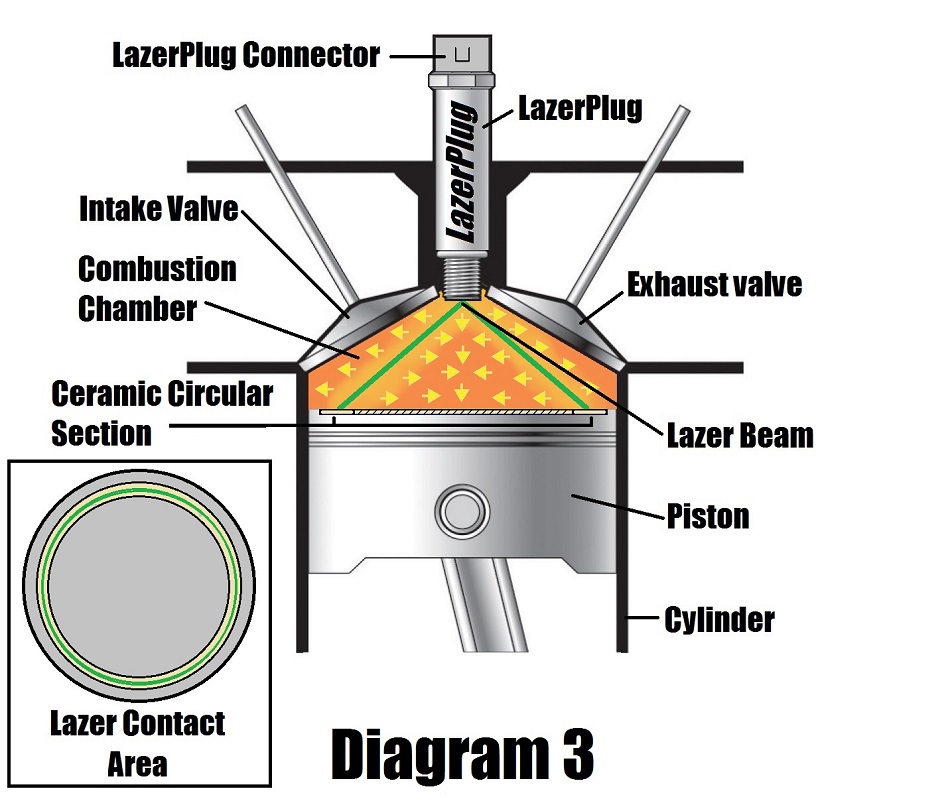 The internal combustion engine has been with us for over 100 years, and has seen a myriad of changes in its design, efficiency, and reliability over the years. We have seen carburetors being replaced by fuel injection, dynamos replaced by alternators, and ignition systems seeing many changes, with current systems being comprised of multiple coil packs rather than the old coil and distributor system.

One component of the ignition system that has changed very little, however is the spark plug, which has changed very little since the first commercially available and viable high-voltage spark plug introduced in 1902. Why is it then that we are still using this antiquated technology of creating a spark to ignite the air/fuel mixture of our engines in the 21st Century?

My proposal is that we replace the spark plug with my innovation, the LazerPlug. This would, as the name implies, use a laser beam to ignite the air/fuel mixture in a much more controlled manner.

Advantages:
• Spark plugs usually require voltage of 12,000–25,000 volts or more to 'fire' properly, although it can go up to 45,000 volts. The LazerPlug would only require a voltage of just 5 volts to produce an impressive 3,000mw lazer beam. Enough power to instantly ignite a match head, which is far less volatile than a compressed air/fuel mixture.
• The power of the laser required to ignite the air/fuel mixture could be adjusted by a control unit according to factors such as engine temperature, and the air/fuel mixture ratio.
• The LazerPlug would not loose efficiency over time, as there is no need for a spark to jump between the centre and side electrodes. It would also self clean.
• No need to set the correct gap.
• No need for high voltage coils.
• Heat range issues would become a thing of the past, as electrical conductivity would no longer apply and affect performance.
• The LazerPlug could last the car's lifetime, never needing to be replaced.
• Reflection and/or refraction techniques could be incorporated to ignite the air/fuel mixture at either a specific point within the cylinder, or at multiple points to enhance the ignition of the mixture.
• An air/fuel mixture outside of the ignition capability of a spark could be produced, improving performance and fuel economy.
• The shape of the lazer beam could be changed.
These are just a few of the advantages, and with further development could provide many others.

Diagram 1 shows a simple LazerPlug design that would replace the traditional spark plug.

Diagram 2 shows a reflection/refraction technique, letting the beam be positioned to ignite a certain area or areas of the cylinder. The piston crown would incorporate a ceramic disc as a contact patch for the beam to hit.

Diagram 3 shows a circular shaped laser beam, igniting the air/fuel mixture more effectively that at a single point. This time the piston crown would incorporate a ceramic circular section as a contact patch for the beam to hit.