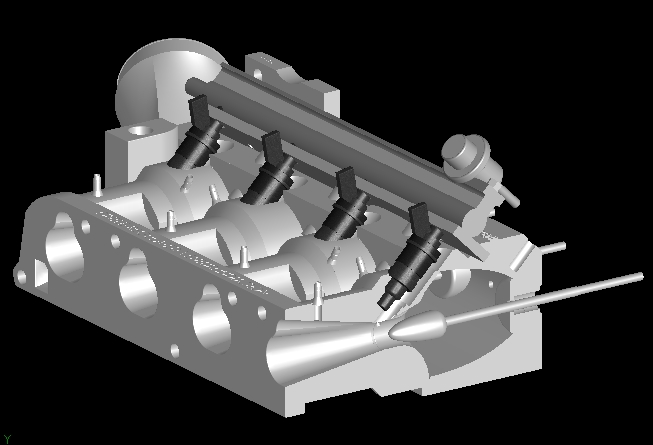 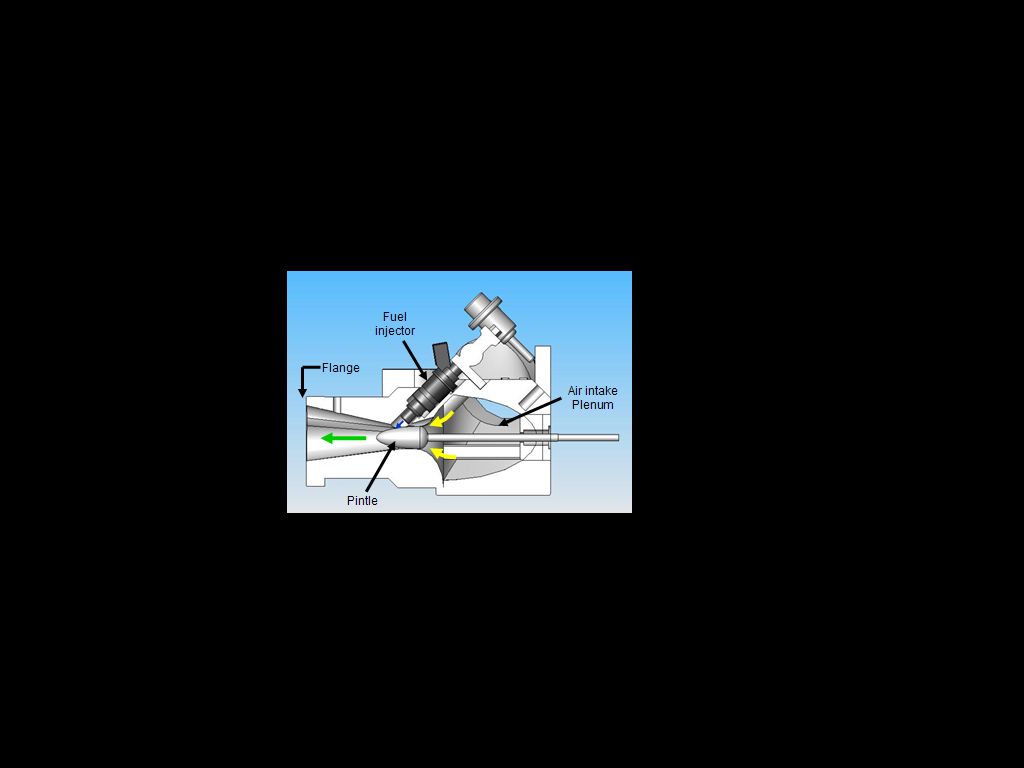 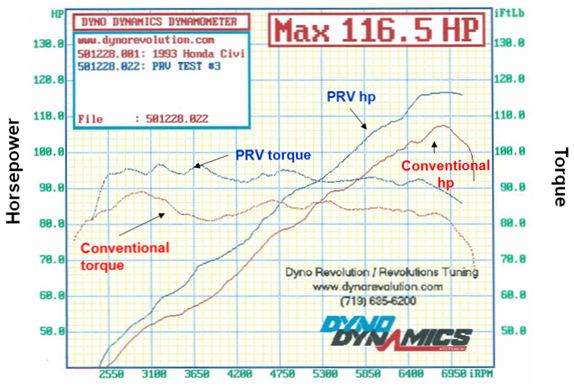 Throttle plates are highly effective -- but highly inefficient -- throttling devices. To overcome the inefficiency of the throttle plate, a variable area Venturi has been developed, patented [1], designed, and tested. The resulting design is a Venturi induction system whereby the Venturi area is varied by an axial moving pintle. Consequently, the throttling effect is accomplished by changing the area of the Venturi rather than imparting an unrecoverable pressure loss, as is the case with the throttle plate. PRV induction facilitates flow into the engine, only regulating air flow near the bottom dead center of the piston as sonic velocity is approached in the Venturi throat.

Figure 1 is a three-dimensional drawing of a PRV induction manifold for a four-cylinder engine. All pintles are withdrawn in parallel as the gas pedal is pressed.

The pintle movement along the axis of the Venturi (Figure 4) changes the flow area to provide throttle control of the engine.

The inventor has adapted a prototype PRV induction system into a Honda Civic. Prior to all testing, the engine was replaced with a Honda D15B engine. The tires were upgraded to low rolling resistance Sumitomo tires.

Ten prototypes have been driven and tested for over 25,000 miles. Fuel economy comparisons have been made in both city and highway driving. The highway test is a 204 mile closed-circuit test loop between Denver, CO and Brush, CO. There were no mechanical changes between tests other than the induction system. The conventional manifold tests used a stock Honda computer control unit. The prototype uses an AEM Power computer control unit. The computer control unit was changed only because the PRV induction system, with the pulsating pressure profile, requires a mass airflow control unavailable on the stock control unit. The engine was tuned to operate at stoichiometric conditions. Both the conventional and PRV systems operated in closed loop feedback control from the oxygen sensor.