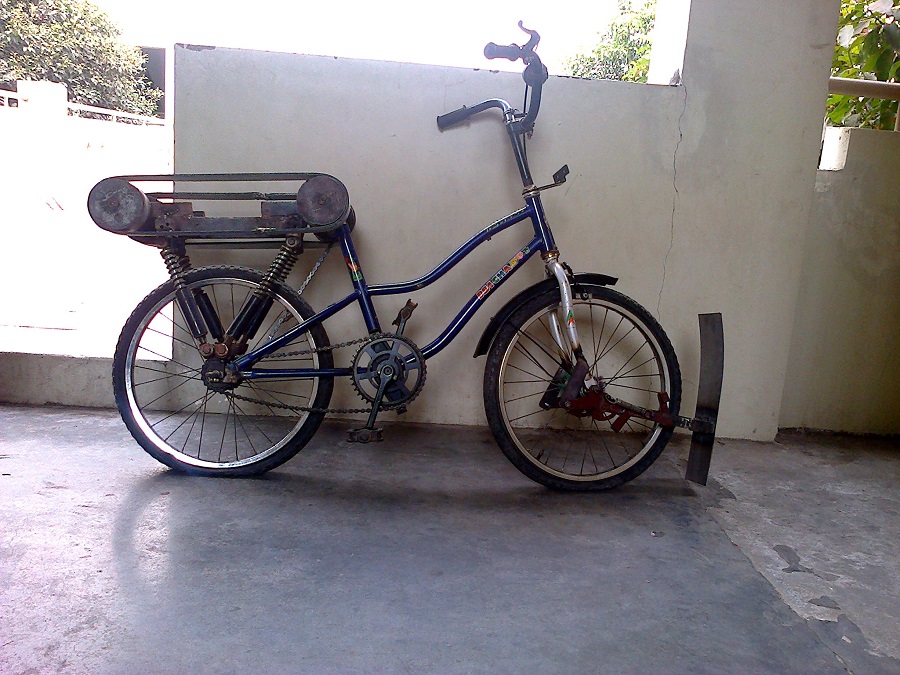 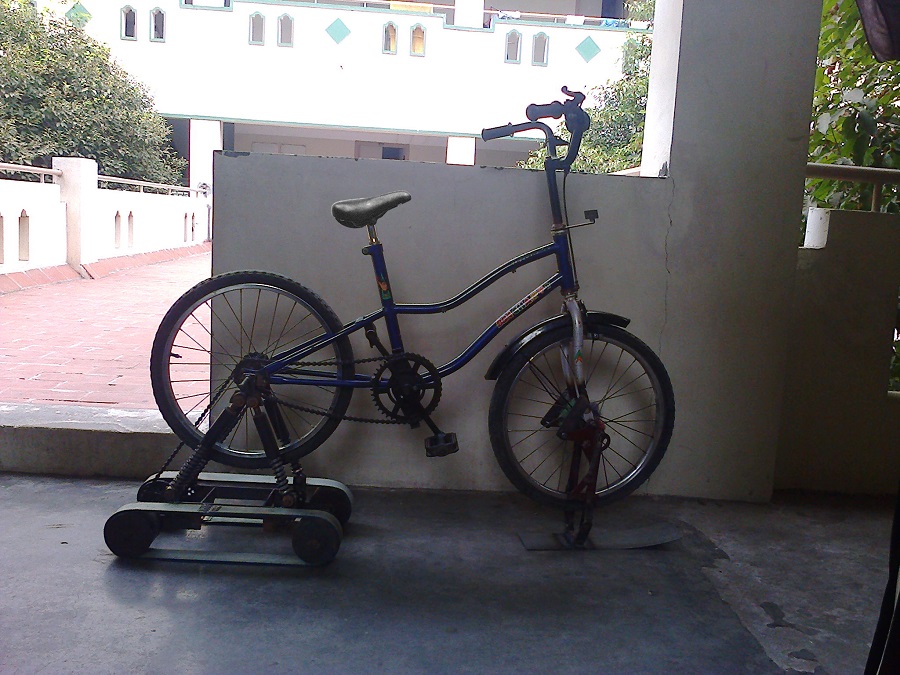 Riding a bicycle in snow is very difficult, as it cannot provide necessary traction to move. Hence, the cycle is specially designed to ride in snow. The front portion of the snow cycle consists of a skate board and the rear portion consists of a belt drive with small projections on the belt, to provide necessary traction. The main disadvantage of this model is that it can be ridden only in snow but not on the road. So the user has to buy a separate cycle to ride on the road. Many people use cycle to go around different places but they cannot carry both cycles.

In this project a special attachment is provided on the bicycle to ride in snow and on the road. Hence, the cycle is attached with two separate assemblies in front and back that can be rotated about 180°, depending upon the usage i.e. to ride on the road or in snow. The front assembly consists of a skate board and the rear assembly consists of a belt drive with projections to provide necessary traction. This belt drive is driven by sprockets of 1:1 ratio from the rear wheel to rear attachment. For future enhancements, gear arrangement can be used for increasing the speed of the vehicle.

Due to dead weight of the cycle, it is difficult to ride on the road. For this rigid plastics are used to make the rear attachment. The cost of this project will also be considerably low as compared with the cost of buying a new cycle. Polymers can be used for making the camber and rollers. This will reduce the weight of snow cycle and also reduces the human effort. By providing shock absorbers in the front system, the stability of the vehicle can be increased and also reduces the vibrations caused due to obstacles. Rubber tracks can be used instead of flat belts to increase the traction force between the vehicle and the surface. Gear mechanism can be used to increase the speed of vehicle. The proposed system is found to solve the problem. This new design helps to travel in snow and road with a single cycle. The overall cost of this additional setup is very low when compared with the cost of buying separate vehicles and hence it is very useful to the society and make comfort in tourism vehicle and it is enough to buy a single vehicle to travel in both snow and road. This design enable the people to move the ski and rear attachment when there is a need to travel in snow.