Alternate and Safer replacement of wings in Formula type cars 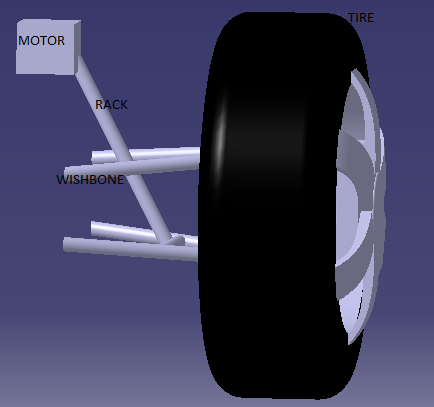 Wings are becoming an integral part in the formula cars. With wings the downward force increases and so the cornering speed. But as the normal force due to aerodynamic downward force increases, the distance the car spins before it stops when full brakes are applied, (i.e, when the control on car is lost during cornering or drift) also increases. As the distance is more so impact energy while striking the barrier at some distance will be high and greater chance of casualty is there. Below is the mathematical explanation.

During turning, center force required to turn the car (Fc) = mv2/R
Frictional force(Fr)= nN
So, kinetic energy that the car possess(Ek)= (1/2)mv2
During skidding, energy absorbed= work done by friction
work done by friction(Wr)= Fr*d
when the car drives through the corner the frictional force from the tire are equal to the force needed,i.e, Fr = Fc , i.e, nN= mv2/R
mv2= nNR ; So, Ek = (1/2)nNR
But when the car is turning, N= mg+ Faero
And during skidding(i.e, when control is lost while turning), N= mg, as the direction of airflow will no longer reach the wings from the frontal direction.
So, Wr = Ek ; so, nmgd = (1/2)n(mg+Faero)*R
therefore, d = (1/2)(1+Faero/mg)*R
Here; d= distance the car spin before it stop
g= gravity acceleration
m= mass of car
R= radius of corner the car drives through before spinning.
v= velocity of car before the spin
n= frictional coefficient
Faero= aerodynamic down force

From the above explanation it is clear that 'd' increases as the aerodynamic force increases. Wings are used to increase the downward force, so with the wings installed the value of 'd' increases. To decrease the value of 'd', I use four rack & pinion type motor, each on four wheels. All the four motor are actuated by the switch on the steering wheel. I put two switches, one for front tires and other of rear tires. When the car goes into a turn the driver has to push the switch and all four motors are actuated. The motor apply force through rack mechanism on the tires, as I am using double wishbone suspension system, so the other end of rack is attached to the lower wishbone. The motor is mounted to the chassis.

As the force is applied the normal force on wheels increases, but unlike aerodynamic force this force is present before and after the spin.
So, nNd = (1/2)nNR
therefore; d = (1/2)R
So, it can be seen that the value of 'd' decreases as with wings the value of 'd' is (1/2)Faero*R more than while using motor.

Other useful effect of using motor:
1. As the normal force increases the braking distance decreases.
2. The condition of understeering or oversteering can be attained by pushing the switch for front and rear wheels respectively.
3. Also the corning speed increases by increasing the tire grip.