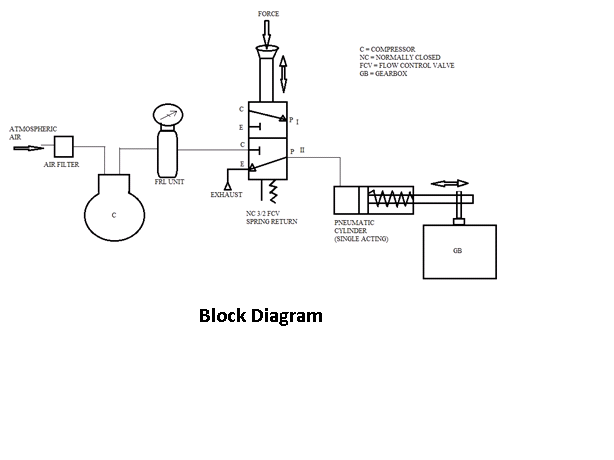 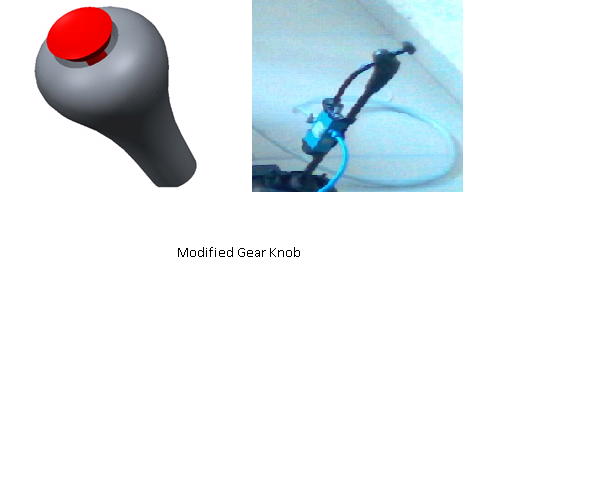 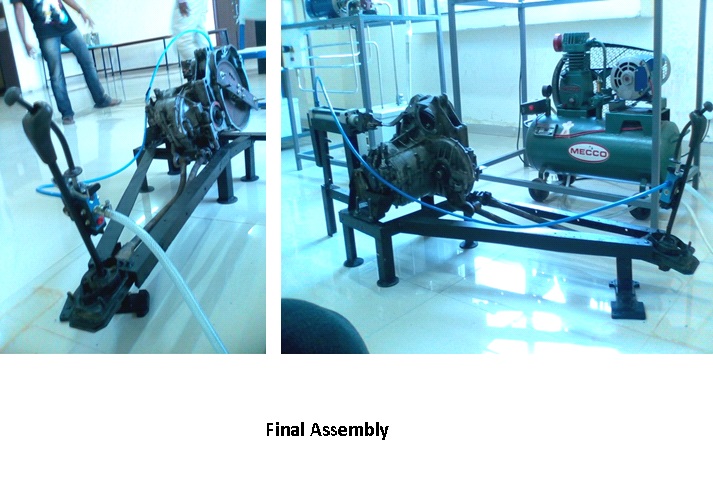 This project is intended to eliminate the confusion of pressing three different pedals of a 4-wheeler while driving by simplifying the process. It optimizes the position of the ABC pedals (Accelerator, Brake and Clutch).

While the driver has only two operating links, a normal 4-wheeler has three pedals, i.e. ABC, say operating levers. So the driver has to operate three pedals with two feet which takes bit of time and practice before becoming a good driver. This is supported by the fact that generally people take more time to get used with four wheelers compared with two wheeler and for the very same reason driving classes are more extensive for four wheeler. New learners have to look down at the pedals instead of looking in front while changing gears could cause accidents. No doubt, after practice, one can easily operate three levers with two legs. But, what about being able to operate only two pedals with two feet?

This project allows to have one-to-one relationship between the operating pedal and operating foot viz. you have to operate brake with the left foot and throttle with the right foot.

OPERATION
1) Initially, in ideal condition, clutch is in engaged position and clutch operating lever (projected part) is at its extent.
2) When we press the clutch lever , pneumatic circuit allows the pressurized air to flow through 5/2 DCV to the operating cylinder which ultimately disengages the clutch. According to the travel of clutch lever DCV opens which allows limited flow of air to get into the cylinder. So, full pressing of lever fully disengages the clutch and same in case of partial pressing.
3) After shifting gear, the lever is released and pressurized air is exhausted through the exhaust port according to the travel of clutch lever. This makes the clutch get engaged again accordingly by retraction of operating cylinder.
This manual clutch doesn't hamper any efficiency and reduces the complications while driving with less cost.