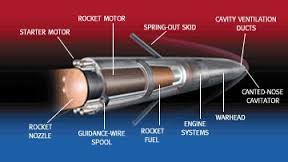 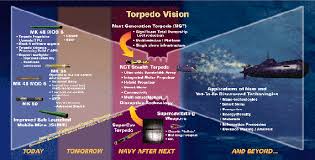 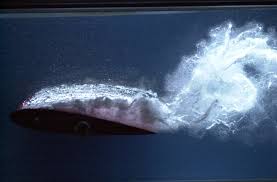 T-technology enables the controlled and natural supercavitation of submarine-launched torpedoes, projectiles, conveyances and platforms. Supercavitation refers to creation of a gaseous envelope (bubble) around a moving object, conveyance or projectile while submerged (underwater). T-technology enables use of a single-stage solid rocket engine in projectiles, conveyances or torpedoes. Prior efforts have resulted in production of functional torpedoes at the Institute of Applied Hydromechanics, Kiev. Present supercavitating torpedoes are reported to be capable of achieving speeds approaching 300 km/hr with this fact well established in the literature. The major objective in Phase I is to utilize new approaches and technological capabilities to configure T-technology designs so that such supercavitating objects can achieve the minimum speed of 600 kilometers per hour (1968.5 fps).

Due to recent advancements in both materials science and micro/macro-machining capabilities a next-generation torpedo comprising enhanced rotation of the craft around its main stationary axis will provide for extraordinary tactical accuracy as well as tactical counter-measure and ECCM. Further, projectiles, conveyances or torpedoes carrying a tactical warhead can be initiated by a timer or a radio signal and will be designed to include features that can neutralize, counter-measure or destroy any target or threat, a hostile submarine or incoming torpedoes, for example.

An additional feature is a pre-programmed self-destruct feature assuring technical security of this class of material asset, once deployed. The proposed high-speed underwater craft is guided by a programmable, on-board autopilot rather than by a homing head as with present-day, conventional torpedo designs. The above design features ensure total asset control ~ from asset deployment through and to the end of life cycle ~ leading to ‘mission accomplished’ objective(s). Due to superimposed series of the von Karman vortex streams (“streets”), a fully developed vaporous cavity at higher speed results in dynamically stretched bubble-covered whole T-craft that significantly reduces total drag force of two orders of magnitude. When the bubble flow is stable, i.e., not detaching from the T-craft surface, the transition to supercavitation is clearly detected by sonar-spectra spikes at the frequencies of 2.5 to 3.5 kHz, then the craft flies stably and controllably during the maneuver (at different attack and yaw angles) and the next speed transitions from subsonic to sonic speed. When launched (at initial low speed) supercavitation is initially induced and achieved by injecting (via gas-recycle system) a small portion of pressurized exhaust gas to the T-head (nose) emission platform/apparatus/assembly.

Long-term project goals are:
•Achieve stable and controllable dynamics of a supercavitating underwater T-projectile(s); •Achieve significantly higher speed, maneuverability and counter-measure capabilities in relation to target acquisition, distance, vectors and counter-counter measures;•Demonstrate that the newly-designed T-head configuration enables creation of a fully-developed supercavitation (SC) bubble (gas-envelope) surrounding the solid boundaries of the projectile;•Demonstrate that the projectile is hydro-dynamically self-controlled by means of the T-craft head;•Increase speed and roll-angle rotation up to 200 RPM around the longitudinal axis at variable combinations of attack-angle up to 20 degrees and yaw-angle up to 20 degrees;•Exploit hydrodynamic variables See: http://tinyurl.com/nnl6t39This