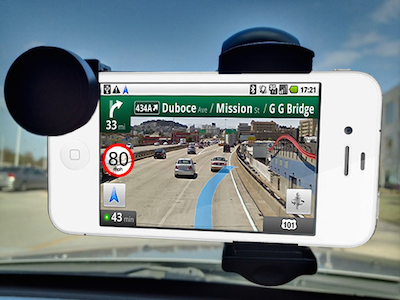 The Speedblock promises to end traffic fines on roads with radars and speed limits, increasing the driver's attention on the street and reducing time lost looking at the speedometer, thus avoiding accidents. Currently, only the most expensive cars have a speed locking system and doesn't have much interactivity with the user. However, with the Speedblock you can adjust, notify and have an immediate and automatic response to the speed limits shared on the system. With a system that can be installed on any car, simple functions, audible alarms and interaction with any Bluetooth smartphone, the Speedblock system is inexpensive and brings with it a reduction in fines, focusing the driver on the traffic instead of the speedometer.

The system operates from a small processing unit, with bluetooth, connected to the fuel pump and any smartphone. In a navigation system like Google navigator or Waze (through partnerships) you can notify that a route has speed limit and the operating time of that limit. When entering a road with speed limit, within the operation time, the smartphone will send a message through bluetooth to the processing unit of Speedblock. The processing unit maintains a history of motor revolutions and through algorithms, finds a value of revs for an idle engine. It uses this value to reduce the engine speed by regulating the fuel intake system. An alarm will sound on the smartphone warning that the speed limit is being exceeded. There are 4 settings for Speedblock and they can be accessed from the smartphone: auto (which will automatically control the fuel intake system), passive (just warn via audible alarm), maximum fuel economy (where the system will prevent abrupt accelerations) and off. For safety, when you press the accelerator twice quickly or to the bottom, the system automatically enters the off mode, allowing the use of full engine power.

Its manufacture is simple: a microprocessor based electronic circuit with flash memory, bluetooth, two analog inputs, two analog outputs and an entrance to the car battery; an injected plastic wrap with mounting holes and a mobile app that can be downloaded on any app store. The electronic circuit and the plastic wrap are manufactured by third party.