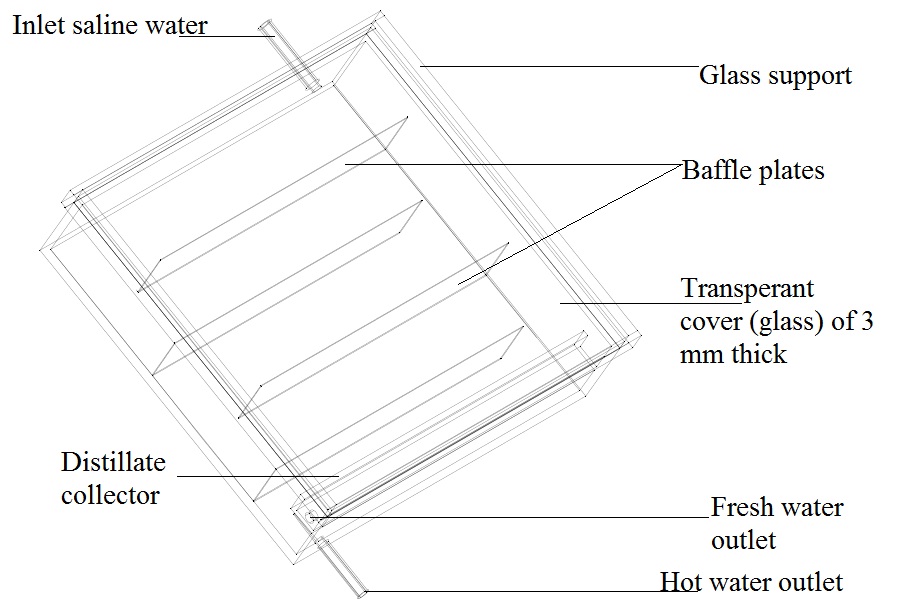 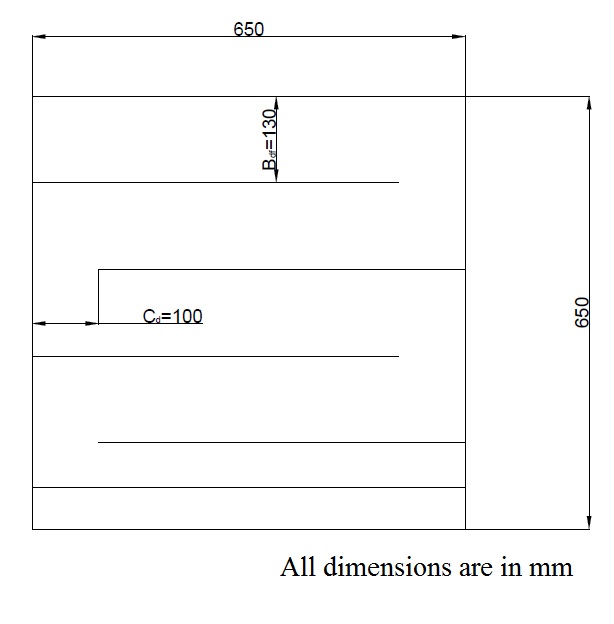 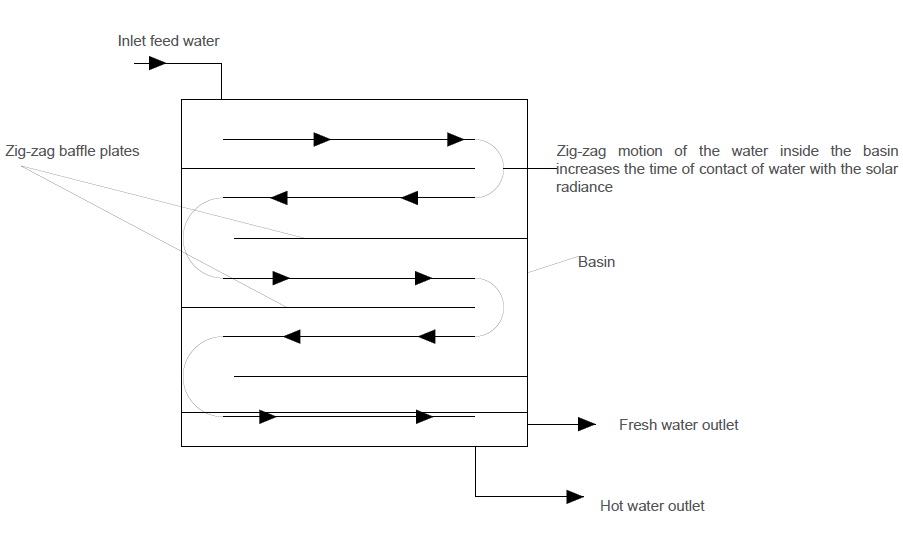 A solar still with a basin area of 0.65*0.65 m2 was fabricated. The height of the solar still was maintained to be 0.1m for avoiding the shadow effect which normally falls from the side walls to the water area. The consecutive distance between each baffle plates were measured to be 0.13m. The zig-zag motion of the water covers the entire surface area of the basin by absorbing the heat, which in turns increasing the water temperature.