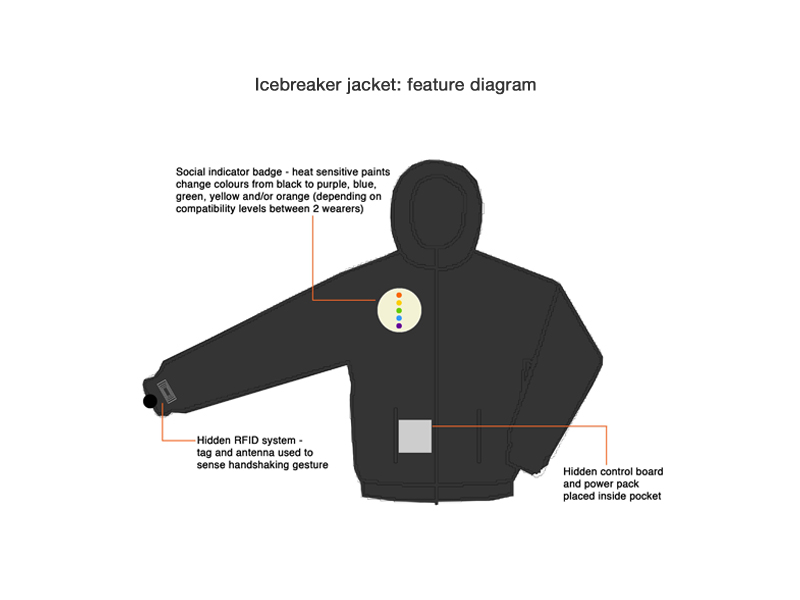 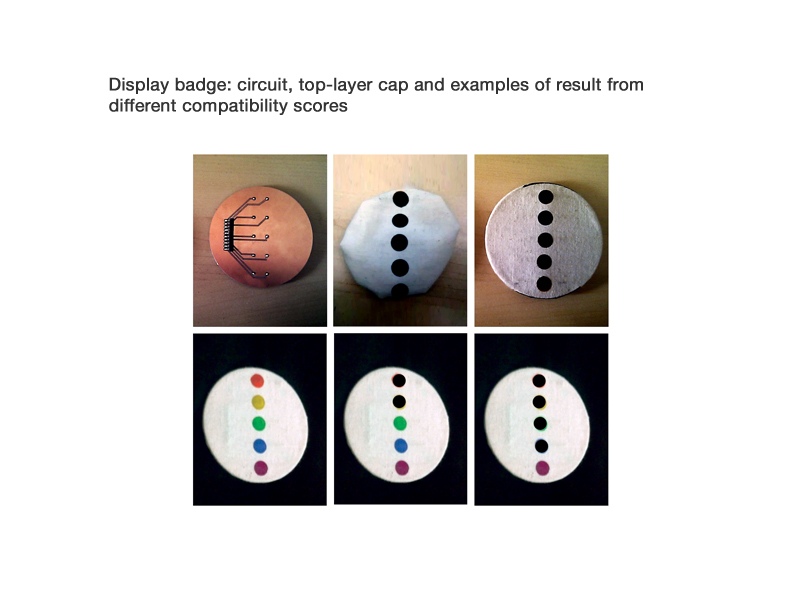 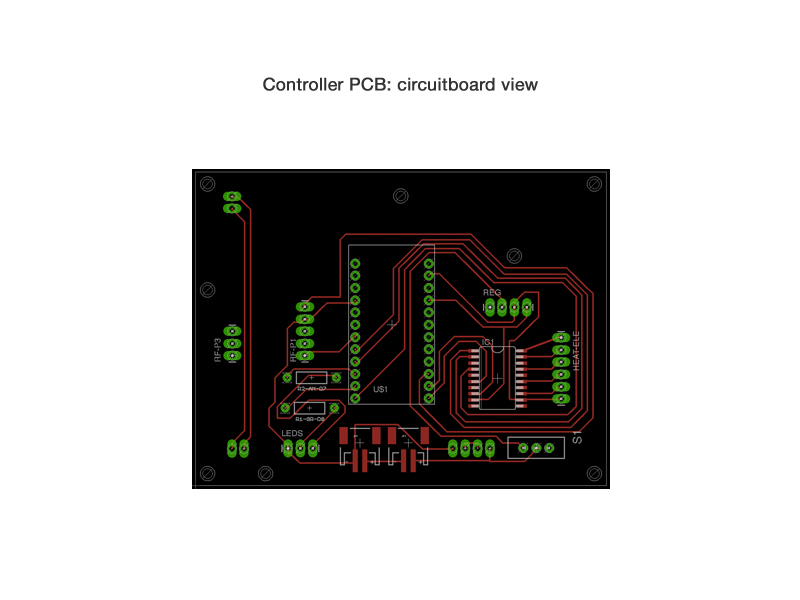 The need to belong and be socially connected is an important part of human well being. But often, when in social events, it can be difficult to start a conversation with a stranger even if we want to. The Wearable Icebreaker system is designed to help strangers connect in such situations without intruding in the process of social activity.
Some solutions have been proposed to solve this problem, but no existing approaches fit well in social situations. Social proximity applications on mobile phones are obtrusive and can cause information overload. Recommending long lists of compatible people to the user, requiring her to scroll up/down the screen or operate buttons, distracts her attention from the social situation and on-going activities. Focusing on a mobile phone or other attention-grabbing device instead of giving attention to a person in a face-to-face meeting can also be construed as impolite or a lack of interest. Displaying personal information without the user’s control is potentially embarrassing.

Following the ideas of calm computing and natural interaction, Wearable Icebreaker is an activity-aware system that is designed to facilitate real-world interaction in a natural manner. One of our prototypes, the Icebreaker jacket, puts the user in control by adopting a handshake as the trigger for the exchange of social profile and preferences between 2 wearers. A short-range radio-frequency identification (RFID) system hidden in the cuff gives the wearer full control over his/her information; the wearer decides when and whom to exchange their private data with. A heat-sensitive circuit is implemented in a textile badge, displaying a social cue that shows how much the wearers are compatible with one another. Rapidly, black dots on the badge change into colours – higher matched scores trigger warmer colours and in vice versa. 73% of test participants in our pilot study reported the jacket made their speed-dating experience easier.

Both sensing and display parts are operated by a 5V low-cost Atmel chip, making the system lightweight for integrating into other wearable items as well as to be used in various social events i.e. conferences, parties and special-interest meetings. The display design can also be modified to suit alternative purposes or implemented to convey different information – the top layer is made with thermochromic paints on a removable surface allowing flexibility in design. The near-field sensing range can also be adjusted for different types of wearable items, or the distances between wearers.

Our starting cost is £90 due to the use of off-the-shelf components and a small number of prototypes (4) required in the production of proof-of-concept and usability studies as part of our research. However, the cost can be reduced depending on the number of items in mass production and the type of chosen display such as light from LEDs, vibration from low-cost small motors or text on a mini and flexible OLED (organic light-emitting diode) screen.