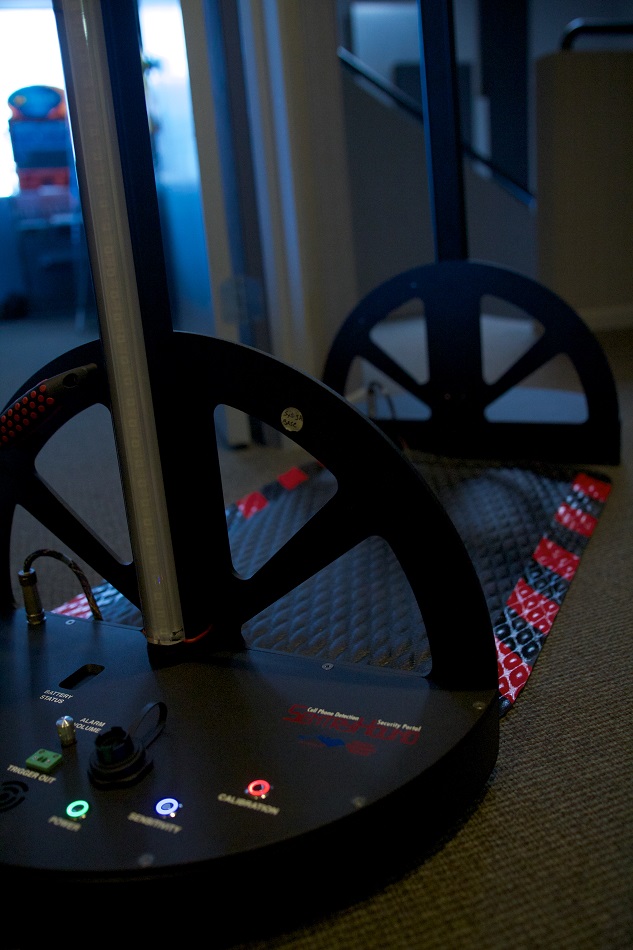 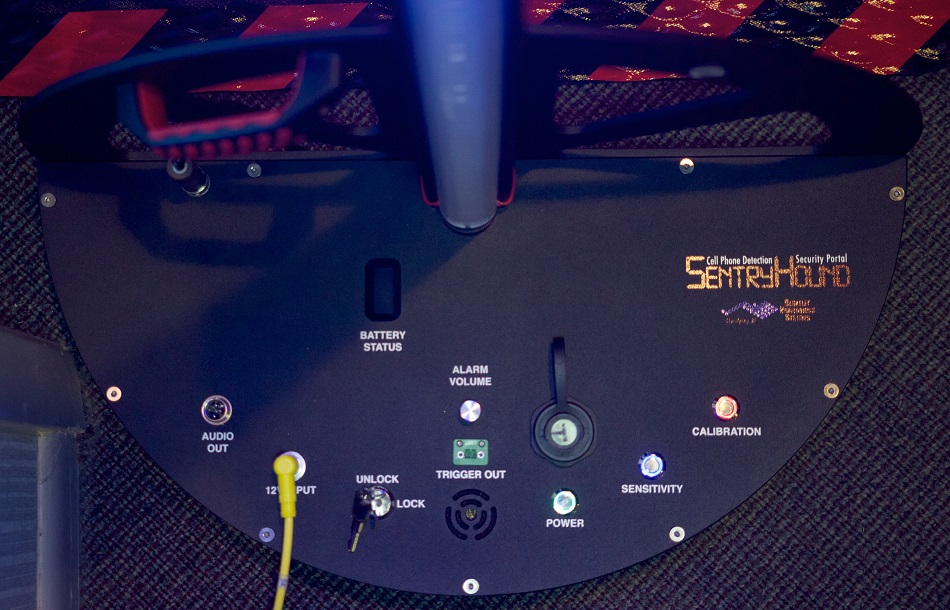 SentryHound™ cell phone detection security portal is triggered when cell phones (or other ferromagnetic material) pass by its sensors. This type of installation is especially useful for security personnel looking to detect any cell phones (ON or OFF) as well as some weapons including knives and guns without invasive and time-consuming searches. Since SentryHound is triggered by specific components found in mobile phones, time, money and resources normally spent using standard metal detectors are saved. This makes SentryHound the perfect compliment to teams securing concert halls, courtrooms, conference rooms, government secure facilities (SCIFs), and many more public and private areas from cell phones. SentryHound contains (12) independent, ultra-sensitive zones between 2 poles to detect cell phones from head to toe and even indicate location of the hidden item with glowing LED alerts and sirens. These LED zones "lock" onto any mobile phone hidden in a pocket, bag or purse. Setup and takedown of SentryHound is easy and its flexible power requirements (plug in for AC or use it's internal DC battery) allow it to run all day. Ten levels of sensitivity and auto calibration ensure that SentryHound is always on the trail of hidden or contraband phones. SentryHound is designed and manufactured in the U.S.A.