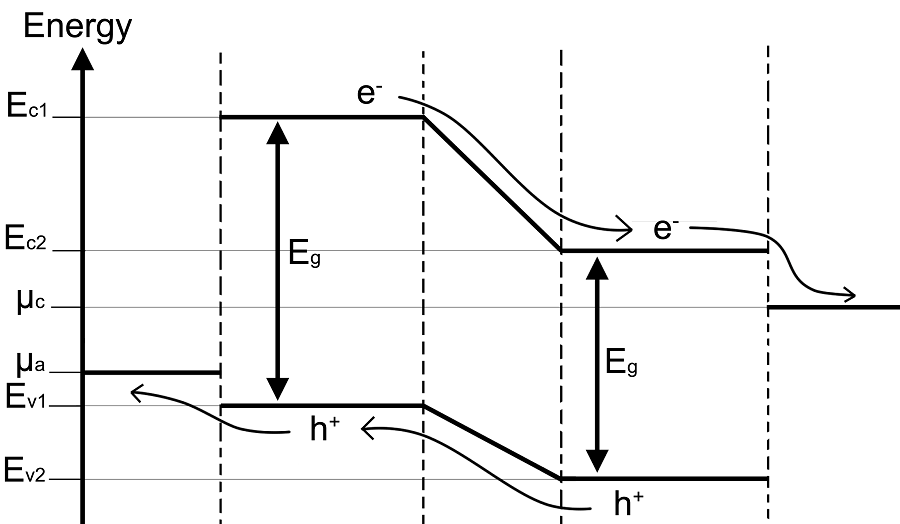 http://www.ipo.gov.uk/p-ipsum/Case/ApplicationNumber/GB1304443.3
-------------
Conventional radioisotope batteries use pn-junctions made of silicon. Silicon is very susceptible to radiation damage. Hence, conventional radioisotope batteries are limited to using weakly radiative nuclear fuel like tritium or Nickel-63, so as to reduce radiation damage to the silicon. The result is a pathetic power output of milli-Watts.

My invention proposes using Uranium-238 dioxide [UO2] as the semiconductor material to make the pn-junction. UO2 is very radiation tolerant. A pn-junction made from UO2 will not malfunction under high radiation flux. This allows us to use more powerful nuclear fuel like Plutonium-238 oxide, hence yielding a greater power output.

UO2 is good in stopping radiation. Hence, it can double up as a shield to protect the human user from radiation, thereby reducing the amount of lead needed for shielding.

Increasing the power output for the same size will allow this battery to be used for high-power density applications where the power-to-weight ratio is important.
e.g. flying drones, submarines, electric cars, laptop battery.