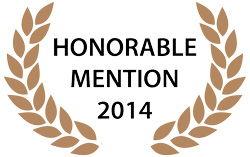 Purpose of the compensator
The purpose of the compensator is protection of sensitive, high power, medium voltage industrial installations against dips, sags and short duration interruptions in public power network. The increasing number of non-linear and unstable devices connected to the public grid results at deterioration of the power system reliability consisting in large number of voltage disturbances of short duration such as:
surges (1), flickers (2), voltage deviations (3), dips (4), interruptions (5) and wave shape disturbances (5).
It results at the malfunctioning of the sensitive high power, MV industrial installations and large losses.
UPS-like devices are not suitable for protecting such industrial installations. More than 90 % of public grid failures are the short-time disturbances, it is reasonable to concentrate on compensating only such short-time irregularities.

The compensator is based on high voltage supercapacitors [2 modules 600V, 12.5 F each], which do not need any servicing and are able to stand up to 1 million of charge/discharge cycles, allow for high currents and wide working temperature range.

Compensator operation.
The compensator is monitoring the voltage of the grid. After detecting a voltage sag or interruption a load is disconnected from grid power supply. At the same time a sinusoidal voltage generator is started.  The converter generates supplying voltage using electric energy stored in supercapacitors. The compensator generates a voltage waveform with the required level of nominal amplitude and phase.When the nominal voltage occurs at the grid, the load is reconnected to the grid.When the compensator is on stand-by the supercapacitors are charged.

Important features:
- the compensator is based on several innovative solutions as: power converter topology, fast identification of grid voltage disturbances, compensator waveforms synchronization with grid and the main operational algorithm of the compensator.
- the compensator is based on a three level PWM converter which is considered as the most suitable solution for high power compensator from technical as well as economical point of view. It includes 12 switching transistors and 6 clamping diodes, while the H bridges at two stage cascade converter would require of 24 switching transistors.
- the control of the several sophisticated control boards based on DSP (Digital Signal Processors) and FPGA.

Such applications will result at large potential benefits for power grid as well as operators of industrial installation consisting at higher quality of power supply as well avoiding serious losses caused by power supply interruptions.
In particular similar compensators are necessary to enable efficient connection of Renewable Energy Sources to the grid.

The paper describing the compensator was presented at ICREPQ’13 conference and is published at Renewable Energy and Power Quality Journal (RE&PQJ) No.11, March 2013