Reverse Catalysis of Coal into Peat 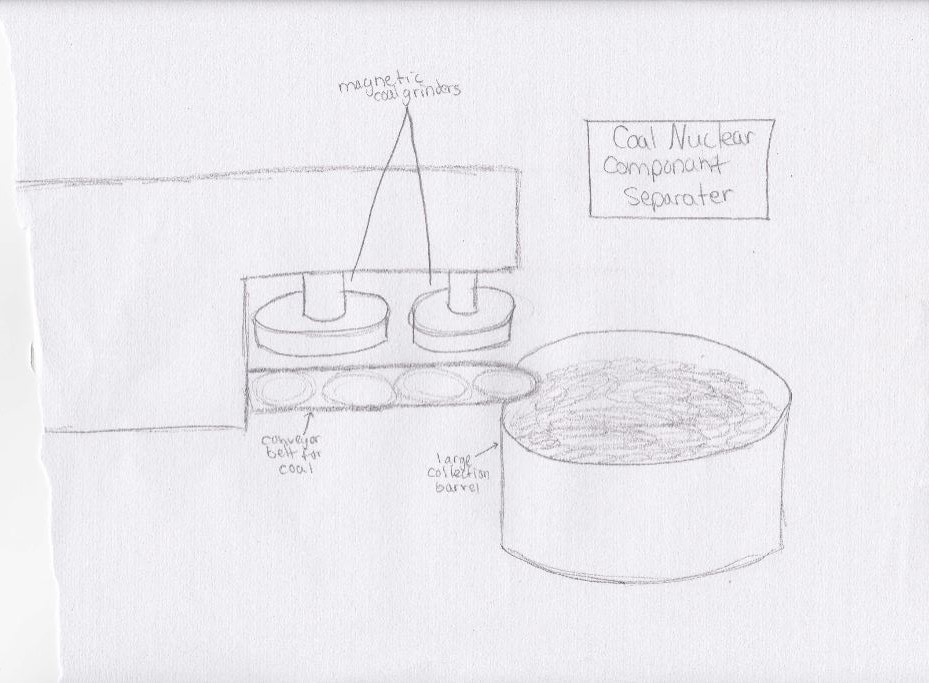 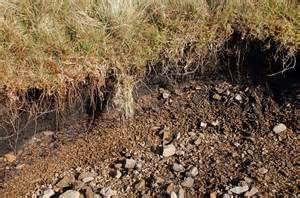 The formation of coal occurs over a long period of time after the debris on the bottom of temperate forests, and other forests that get a good amount of rainfall and level of organic debris. These forest first form a product called peat as the water levels rise and debris fall to the floor of the water logged zone. After a while, water rises causes sediment to cover the debris in layers, compressing it more and more underground as the water levels drop each time. This eventually forms coal. The peat is useful as a fertilizer and as mulch to help landscapes grow. It is also used in agriculture to enhance crop growth. My design intends to look at coal from resource rich areas such as Indian and other regions where the coal also contains nuclear components. However, the design can be customized so the nuclear separation process is overlooked.

Details of the Design

The design is utilized for multiple stages. The first stage looks to create a process in which the nuclear components in the coal are sort of magnetized and then sifted at high intensity speeds from the coal components. This nuclear materials is then processed in the energy generate to create a power point into the power grid.
The resulting coal is then further processed into a container that is fed organic matter in the form of compost or other organic debris that were nonharmful in collection, a small amount of methane collected from landfill collection matts or through other waste processing methods, and bacterial species that are rich in the formation of nutritious organic materials. The unit will also contain a carbon collection chamber as the mixture is broken down and carbon is separated while the oxygen reacts to it. The carbon will be used into the energy generator system to pull more power credits into the grid.

The resulting material will be of the same composition as peat by most chemical analysis and can be processed for use as environmentally efficient fertilizer, hummus or mulch.

Some CSR programs or environmental initiatives may desire to use this resulting materials in areas where coal reservoirs were formed during deforestation. Technology can be used to till the new materials back into the ground to re-fertilize and potential regenerate forest species. This is a long term initiative and may take several years for finalization.

Can skip nuclear separation process where coal does not contain a nuclear component. Also, carbon separation processes may depend on the species and the way that the oxygen is fed into the system and the speed that it is fed. Machine can be tilled to catalyze processed, or mixtures may be slow churned to encourage bacterial colonies to grow for faster processing in future mixtures; hence in this design mixtures will be processed in layers as original mixtures are processed out to certain levels/amounts.

( machine picture was drawn by daughter, not exact replication of machine to be designed :) )