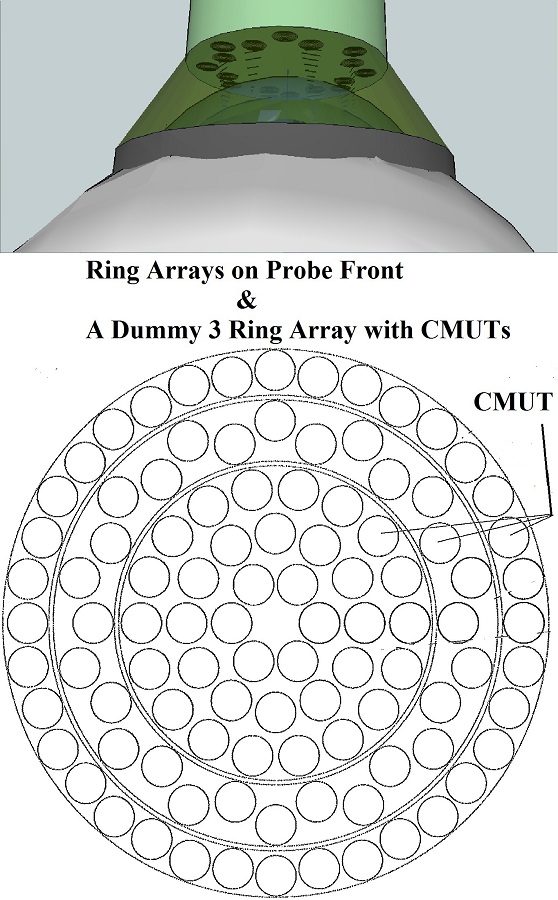 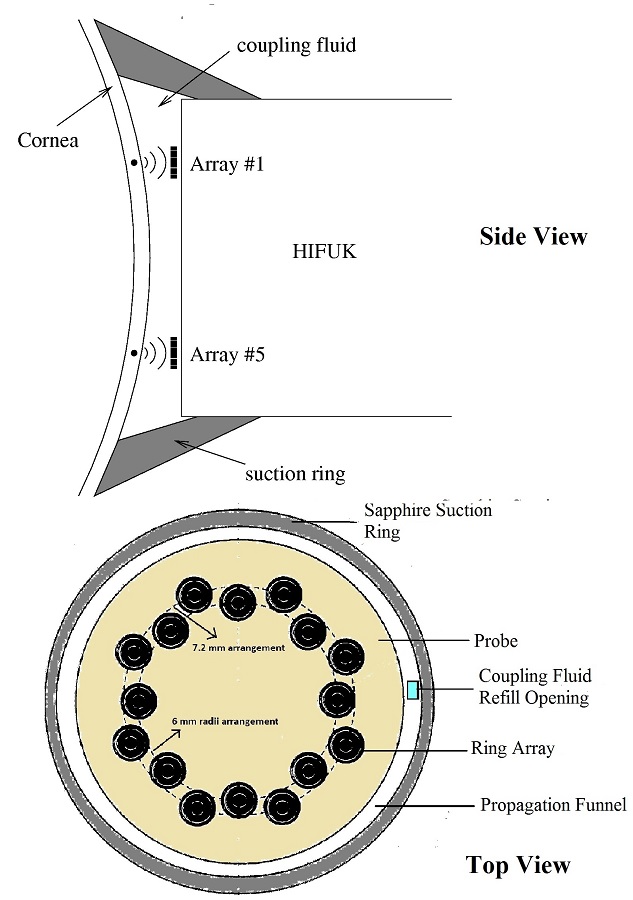 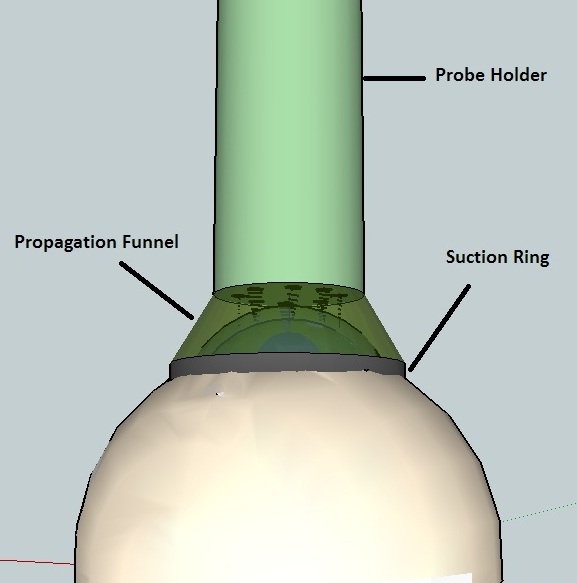 The design relates to a novel dual modality system for performing thermal keratoplasty and in-vivo ocular A- scan ultrasonography using high frequency focused ultrasound for the treatment of presbiopic astigmatism and hyperopia by changing the shape of the human cornea.

The device consists of a hand-held cylindrical probe handle having 16 forward looking circular ring array HIFU transducers sitting on top of the probe, 8 rings arranged in a 6 mm radii circle and other 8 ring arrays arranged in 7.2 mm radii circle. The arrays comprising multiple Capacitive Micro-machined Ultrasonic Transducer cells (produced by micro-fabrication) will be firing ultrasound beams focused on the stromal layer (within the range of 100 – 500 microns thickness seeing from the top) of the cornea causing collagen shrinkage. The belt-like effect produced by collagen shrinkage in an around the focal spots causes the steepening of the central corneal region. The optimal temperature needed for the collagen shrinkage in human cornea is restricted to 65-80 degrees centigrade and can be reduced by using reagents like Lysozyme. Each CMUT cell is designed and fabricated for broad band and high frequency ultrasound beam transmission and receival. The rings are to be operated in separate phases enabling transmission beam forming (focusing) and in the same phase while in the receiving mode. A high-voltage (50 V) CMOS process will be used in the design of the drive electronics which will be integrated on the top frontal side of the probe with the arrays. The frequency of operation and the transducer diameters define the spot-size of the HIFU lesion.

The technical novelty lies in the demonstration of Thermal Keratoplasty with HIFU and development of dual modality ultrasound based imaging-therapy system. The industrial and commercial advantage lies in reduced treatment cost and usage flexibility. Unlike transmission focusing, if receive beam-forming capability is to be implemented then we would need separate amplifiers for every array element, and identical number of oversampling ADCs and complex digital electronics for processing. However, if all channels are used together then a single amplifier, a moderate speed single ADC and relatively simpler processing electronics would be enough. Thus the design electronics gets cheaper and easier to implement. Additionally, separate laser systems are not needed for the surgical procedure, hence reducing therapy cost. The execution is same as Opti-K, only the pre and post operative imaging is done with the same device fixed on the hydrated and anesthetized cornea , hence consuming less time and facility.