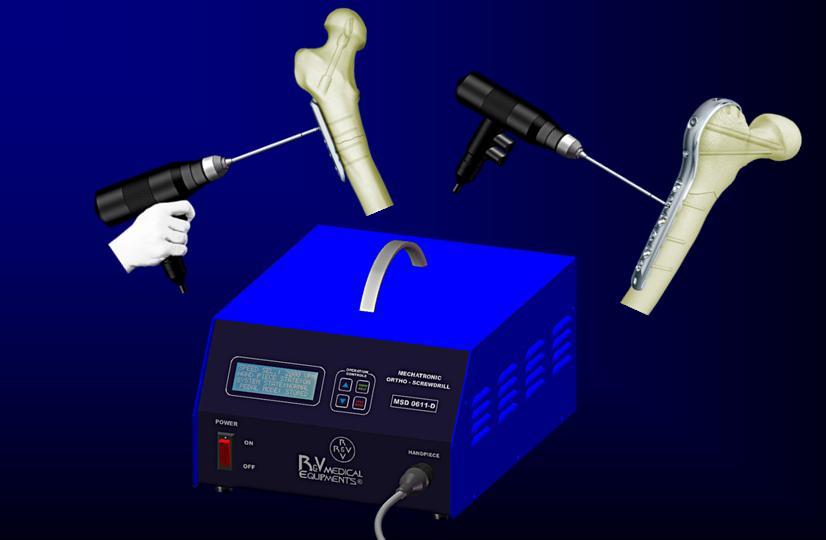 Osteosynthesis procedures require the insertion of self-tapping orthopedic screws through bone plates and into one or two layers of cortical bone, in order to stabilize the fractured bones. Applying too much torque can cause the screw to strip and lose purchase, reducing the effective hold of the screw against the plate.

Experienced surgeons have developed a “feel” for the torque-rotation relationship that reduces the risk of stripping. However some studies reported that experienced surgeons stripped the bone thread on screws inserted in the laboratory when attempting to achieve the same level of torque.

Recent studies found that over-tightening of a screw in both cortices of bone resulted in approximately 40% loss of pull-out strength.

Power screwdrivers have been used for tapping and screw insertion for increased speed and accuracy of the process. The clinical observations concluded that use of a small power drill for inserting self-tapping screws provides improved coaxial alignment and precision, but the use of this power screwdriver or drill increases the risk of overrun during tapping and over-tightening during screw insertion. With a normal power screwdriver, prevention of over-tightening is entirely reliant upon the surgeon’s judgment, which is based upon visual and tactile information. A mechatronic screwdriver with digital programmable torque according to the patient’s cortical bone tissue hardness can be used to enhance the surgeon’s judgment and to implement automated mechanisms that offer a failsafe method of screw insertion to prevent overrun or over-tightening. The present project introduces the Mechatronic Orthopedic Digital Torque Programmable Screwdriver Drill and Oscillating saw: The MECHATRONIC ORTHO-SCREWDRILL MSD 0611-D

Maximum tightening torque programmable through the front panel key board, into a range of 0.5 NW/m to 3.5 NW/m in 0.5 NW/m steps. Once the programmed torque is reached, the hand-piece engine is stopped, and a alarm is activated, until the trigger is released.

Alarm operation in two selectable modes, through the front panel key board :
“VOICE HELP” (Maximum Torque Reached) or a BUZZER TONE.
Liquid crystal alphanumerical display, which indicates the programmed tightening torque, the operation mode (SCREWDRILL /DRILL SAW), the alarm mode
(VOICE HELP/BUZZER TONE), and the turn direction (RIGHT/LEFT).
More information about the technical features can be found at the next address :
http://www.ryvmedical.com/english/MSD.pdf